The NFC East has been one of the most successful divisions in football this past decade, and it is with great joy that I say the Dallas Cowboys were not responsible for any of it. The NFC East contains two Super Bowl winners from this past decade: The Giants in the 2011 season and the Eagles in 2017. So, what does that mean in terms of decade MVPs? MVPs are chosen not only based on their own performance but on how much they influenced their team’s success. So, if someone played a large role in a Super Bowl win, it definitely gives them a leg up. On the other hand, the decision can’t be made solely on a player’s performance in that one season because there are 10 years to take into consideration. So, balancing those two factors in a fair and unbiased way is how I will accurately determine the non-QB MVP. 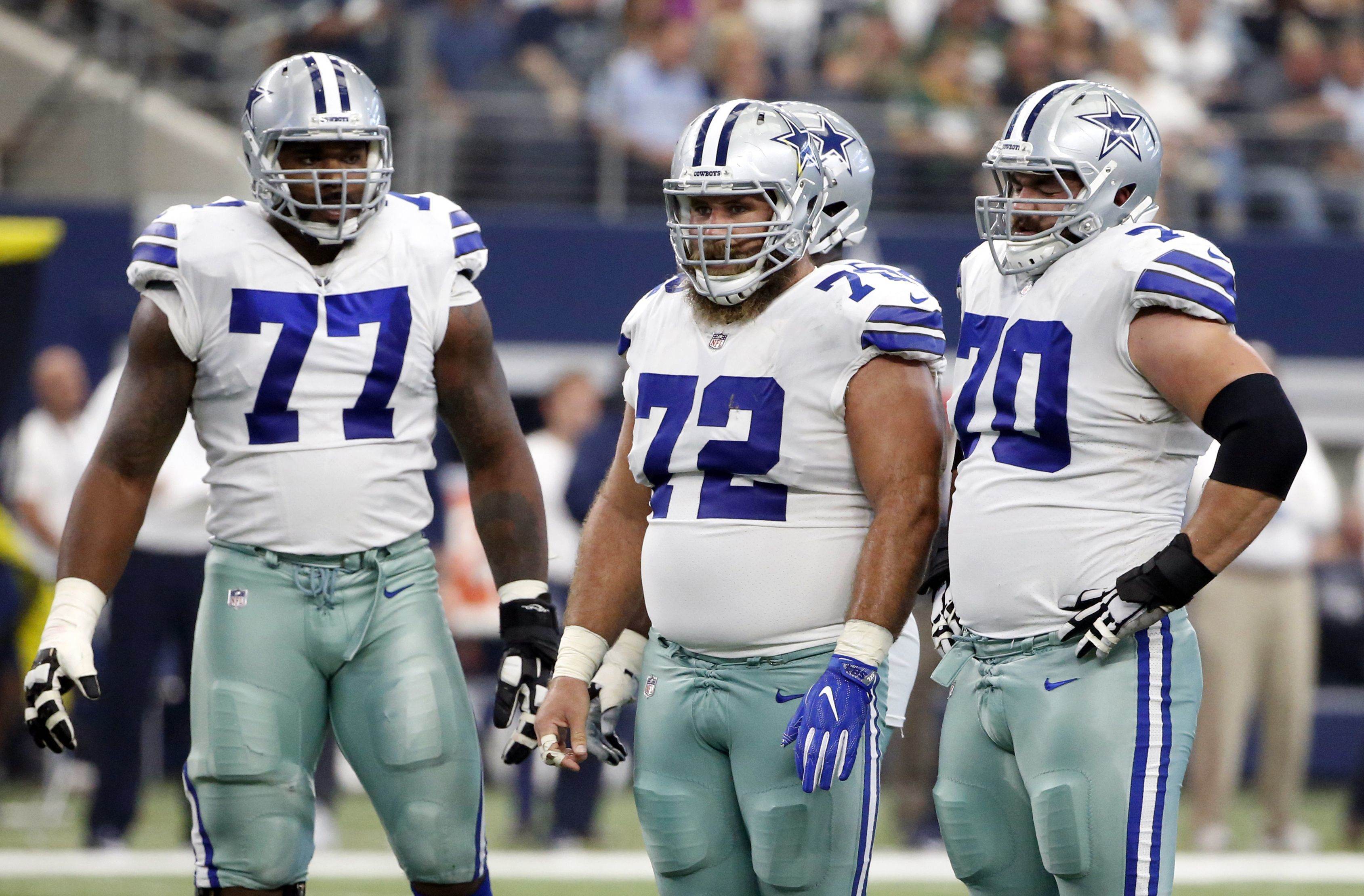 The Cowboys have had the best rushing offense in the league this past decade. Obviously, some of that is thanks to their All-Pro running backs, Demarco Murray and Ezekiel Elliott, but I attribute the majority of these backs’ success to the Dallas offensive line. Tyron Smith, Travis Fredrick, and Zack Martin are all arguably the best in the league at their respective positions, and together, they have carried one of the best offensive lines in NFL history for the past six years. Since 2013, 19 Pro-Bowl selections and 7 First-Team All-Pro awards have been earned between the three of them. Also, all three have been named Pro-Bowlers every single season since 2014, which is when they first started playing together.

I chose all three of these linemen for this award rather than just one because none of them could have created the brick wall that was Dallas’ offensive line without the other two, and I’ll prove it. In 2012, when Smith was the only member of the future trio, the Cowboys’ run blocking ranked 22nd in the league, according to Football Outsiders. Then, in 2013 when Fredrick came along, the Cowboys jumped all the way up to fourth place. Finally, 2014 came around and the Cowboys drafted Zack Martin. That season the Cowboys ranked first in run blocking and Demarco Murray had one of the most historic seasons in NFL history, leading the league with 1,845 rushing yards and 13 rushing touchdowns. The Cowboys’ run blocking has never ranked below eighth since.

In the six seasons that trio has been together, a Cowboys running back has led the league in rushing yards three times, rushes three times, rushing touchdowns once, and rushing yards per game four times. No disrespect to Demarco Murray, but he looked like a fish out of the water on the Titans and Eagles, and Ezekiel Elliott does not have the explosiveness of a top-5 back. The limited success obtained by the Cowboys this past decade would not have been possible without the combined efforts of Smith, Frederick, and Martin. 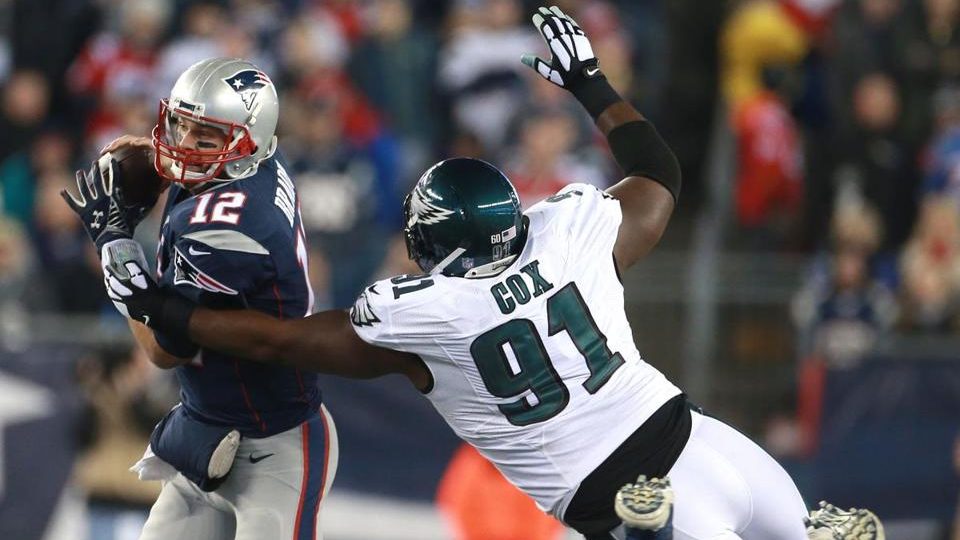 When I think of the ideal interior defensive lineman in today’s NFL, well, I think of Aaron Donald, but Fletcher Cox is number two. If you want consistent dominance look no further because, in Cox’s seven seasons as a starter, the man has only missed two games, he’s made five Pro-Bowls and has earned one First-Team All-Pro honor. Cox is a brutal force on the inside and the Eagles defense could not have survived their Super Bowl run without him.

Cox’s stats are by no means overwhelming, but then again, we as fans have very little access to defensive line statistics that are relevant and helpful. So, I’ll just explain Cox’s impact. At 6’4” 310 lbs, Cox has an ideal build for his position while also possessing surprising quickness off the snap, an abundance of pass-rush moves, and powerful hands when engaged with blockers. The ability to win with both brute force and technical skill is something that not every interior lineman has, but Cox wins with both consistently. As a result, Cox can clog up the middle of the defense, forcing backs toward other holes and quarterbacks out of the pocket.

The Eagles had a lot of talent this past decade, but Cox made the biggest impact over the longest period of time. LeSean McCoy was another player I considered heavily, but Shady never got the Eagles anywhere. Shady’s impact was not large enough for the Eagles to earn a first-round bye or to move past the first round. Cox, on the other hand, has been the true leader of the Eagles defense for about six years now, he’s put together amazing performances every year, and he had his second-highest Approximate Value (a single numerical value attached to a player’s season) of his career in the Eagles’ 2017 Super Bowl season. The impact that Cox has had on the Eagles franchise is immeasurable and nobody deserves this fake award more than him. 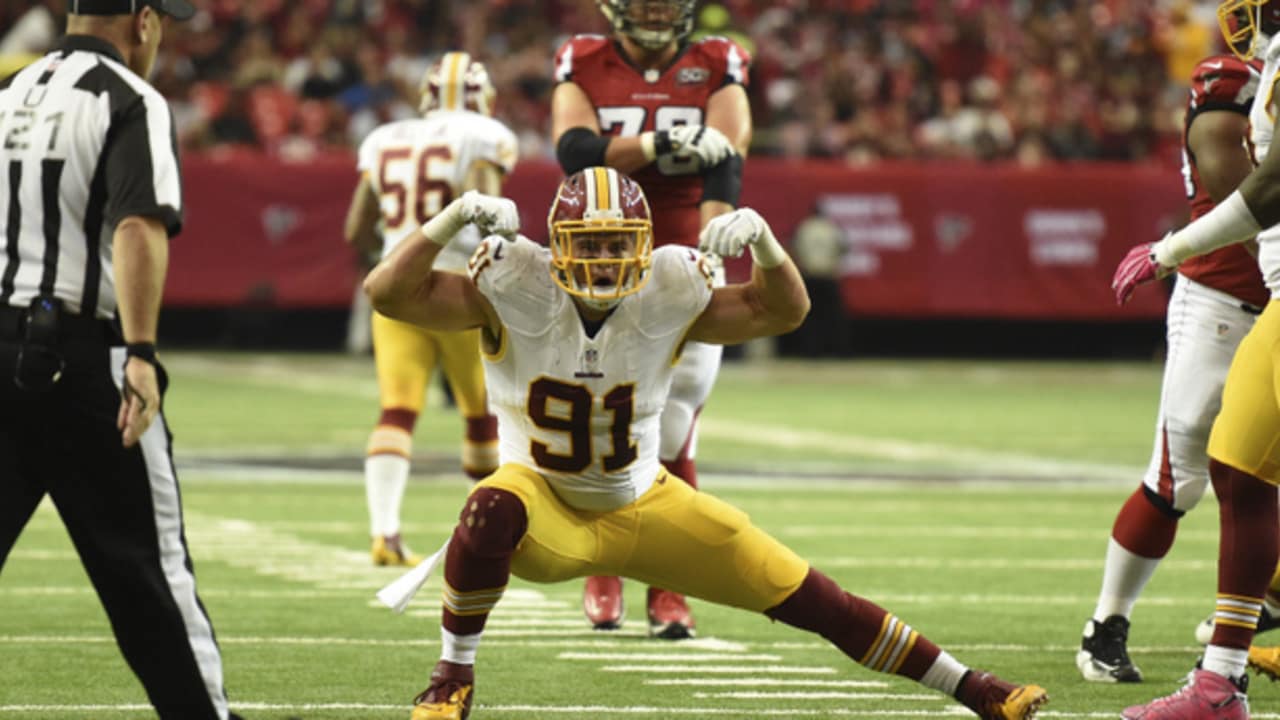 The Redskins have been pretty terrible this decade, I won’t sugar coat it. It’s been hard to watch them play; even when Kirk Cousins and RGIII were at the helm it was not a pretty sight to see. The Redskins have very few non-QBs to thank for the little success they’ve obtained in the past 10 years. Ryan Kerrigan got this award because he had good stats and, get this, he hadn’t missed a single game in his eight-year career until last year, his age-31 season. Kerrigan has just been a very solid and consistent player for the Redskins throughout his whole career and that is all it took for him to take home the MVP.

Let’s look at some of Kerrigan’s stats because they are a lot better than some might think. Kerrigan has played and started in 140 games for the Skins since he was drafted by them in 2011. In those nine years, Kerrigan racked up 24 PDs, 26 FFs, 90 sacks, 437 total tackles, 114 tackles for loss, and 141 QB hits. That means that per season, Kerrigan is getting 2.7 PDs, 2.9 FFs, 10.0 sacks, 48.6 total tackles, and 12.7 tackles for loss. If you round out all those averages, that’s a borderline Pro-Bowl-worthy season. It was, undoubtedly, difficult for Kerrigan to keep up those stats on a team that gave him little help on the defensive end, yet he never wavered.

OT Trent Williams was another player I considered for this award. Williams also played for the Redskins for nine years, from 2010-2018, and didn’t play in the 2019 season due to injury. Williams earned a ticket to seven Pro-Bowls in that time. I know, that’s insane and a lot more than Kerrigan’s four. However, Williams’ offensive line play, as good as it was, did not save RGIII from getting injured, it didn’t fix all the other broken parts of their line, and he wasn’t a make or break player for their offense. Kerrigan just had a larger presence on the Redskins than Williams did throughout the decade, simple as that. 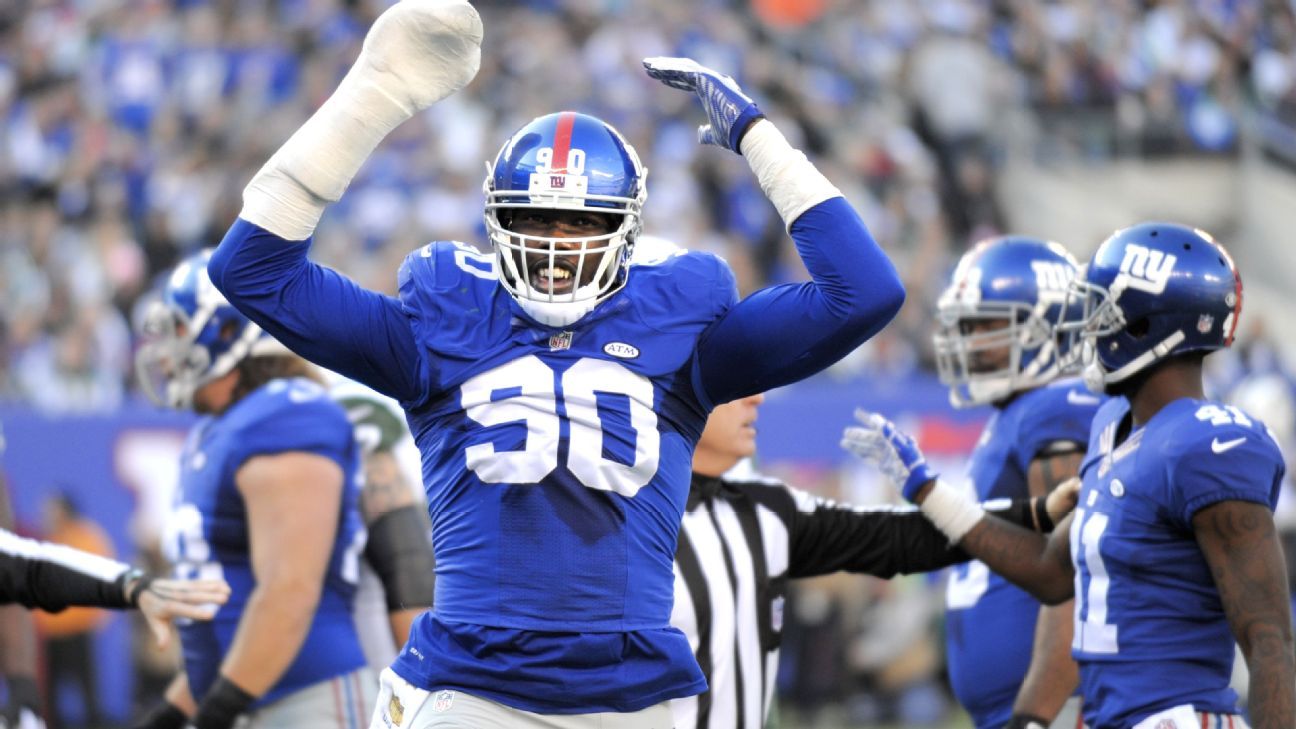 I’m sorry to all the 13-year-old Giants fans who still wear their Odell Beckham Jr. jersey everywhere they go, but Odell is not the Giants’ MVP. The Giants only made two playoff appearances in the last decade; the first was their 2011 Super Bowl run and the second was their first-round slaughter courtesy of Aaron Rodgers and the Green Bay Packers in 2016. Other than those two seasons, the Giants had very little to be proud of this past decade in terms of team success.

The Giants don’t win that Super Bowl without Jason Pierre-Paul (JPP). In that 2011 season, JPP was selected to the Pro-Bowl, he was a First-Team All-Pro, and his stats were out of this world. JPP recorded 7 PDS, 2 FFS, 16.5 sacks, 86 total tackles, 23 TFLs, 28 QB hits, and 1 safety. That Super Bowl victory was the defining moment of the decade for the New York Giants, and JPP was not only the best player on their team but a top-10 defender in the league that year. He had other seasons where he played well, he made another Pro-Bowl in 2012, and he had seasons worthy of a Pro-Bowl selection in his later years with the team. But, that 2011 season really gave him the non-QB MVP crown.

Why not Odell? The eccentric preteens ask. Odell was a human highlight reel for the first three years of his career and his stats support him getting the award. However, Odell clearly was not impactful enough to get the Giants anywhere other than a first-round exit in 2016 and he only played four full seasons for the G-men, whereas JPP played eight. You could make the argument that Odell changed the culture around the Giants organization due to his fan-friendly persona and outrageous highlights. However, that only lasts for as long as he stays, and as the Giants continued to lose seasons, Odell wanted out and his little fan club went with him to Cleveland. JPP did something real and concrete for the Giants by playing a huge HAND… in a Super Bowl victory (this is when he had two of them so he had one to spare for his team). All Odell ever did was break the hearts of thousands of pubescent Giants fans by forcing his way out of New York.