The NFC North houses some of the best single-season performances from the past decade. The single-season rushing and receiving yards record from the past decade both belong to players from the NFC North. It may not be the most exciting as far as division races go, but it holds some of the most talented players in the league and some very successful franchises. Naturally, there were plenty of standouts to choose from, except for the Lions, that one was a pretty easy choice. 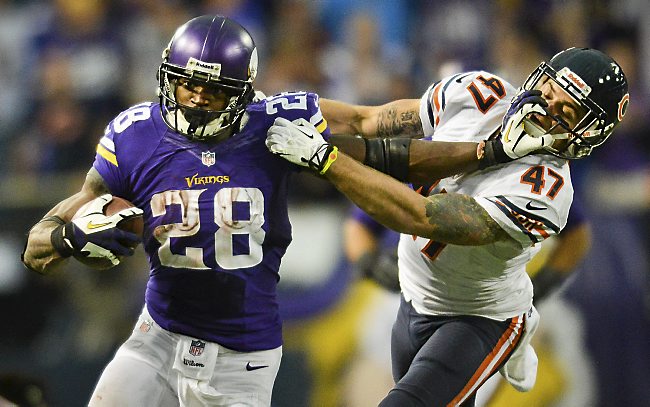 Running backs are not as important as they are made out to be by fans and the media. In most offenses, any pro-level running back can be productive with a good system and some decent blocking, but Adrian Peterson isn’t most running backs. The Oklahoma product led the league in rushing yards twice during the 2010s, and those were the only two times the Vikings made the playoffs in the first half of the decade. It doesn’t get any clearer than that; AP was clearly the most influential player on the roster in terms of team success, and that’s the mark of an MVP.

Surprisingly, his offensive line did not play a huge role in his success throughout the decade. The Vikings o-line ranked tenth in run blocking during the two seasons AP led the league in rushing, 2012 and 2015, and his yards per carry stat was much higher than the adjusted line yards attributed to the Vikings run-blocking in those seasons as well, according to Football Outsiders. The point is, even though running back production rarely translates into team success, he was just different.

Peterson played seven seasons with the Vikings this past decade, but he only played 12+ games in five of them. In AP’s 77 games, he racked up 7,263 rushing yards, 57 rushing touchdowns, three Pro Bowl selections, and two First-Team All-Pro honors. That means he was rushing for 94.3 yards and 0.74 touchdowns per game.

If you add that up in a full 16-game season, he would have put together a monster year with 1,508 yards and 11.8 touchdowns. Those numbers really just put Peterson’s greatness into perspective. If only AP could have stayed healthy more consistently, he could have ruled the league for years. He is one of the most efficient and powerful runners the game has ever seen, and he was the clear choice for this award. 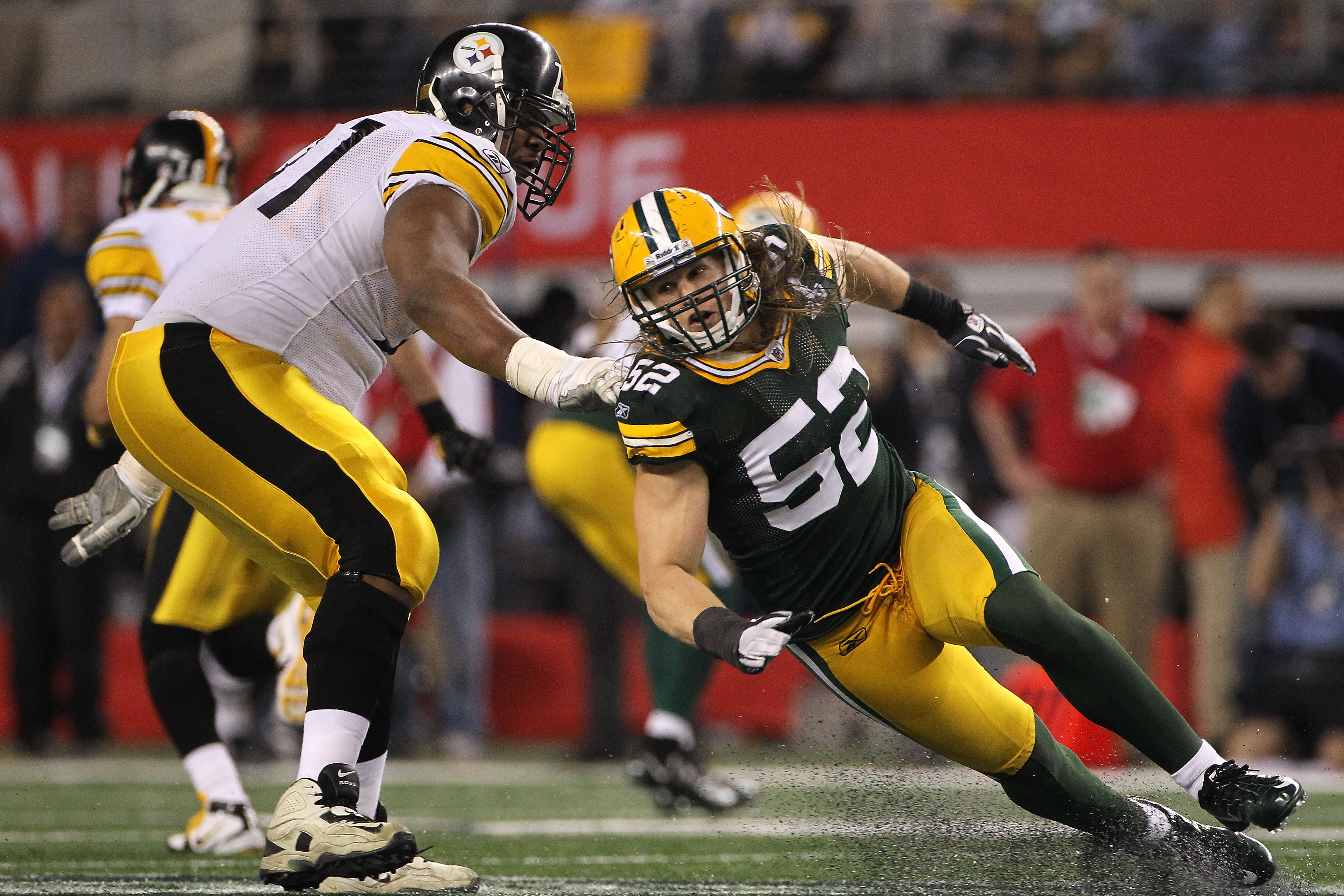 There were two players the Packers couldn’t win without during their 2010 Super Bowl run: Aaron Rodgers and Clay Matthews. The latter had his best season that year and earned a First-Team All-Pro honor because of it. He put constant pressure on the quarterback throughout the regular season and the playoffs. However, his excellence didn’t stop there.

From 2010-2018, Matthews earned a ticket to five Pro Bowls, and rightfully so. His combination of speed and power off the edge is something that many rushers seek but very few have. His natural quickness is a special quality that can’t be taught, only harnessed to help polish his skills, which were some of the best in the game.

In Matthews’ nine seasons, he played 127 games, in which he recorded six INTs, two defensive touchdowns, 34 PDs, 14 FFs, 73.5 sacks, 431 total tackles, and 168 QB hits. He was plagued by injury constantly throughout his career, so often that he only played three full seasons in the green and yellow last decade. So, his numbers may not average out to fantastic seasons, but Matthews was an integral part of their Super Bowl run, and no amount of mediocrity in the following years can take that away. 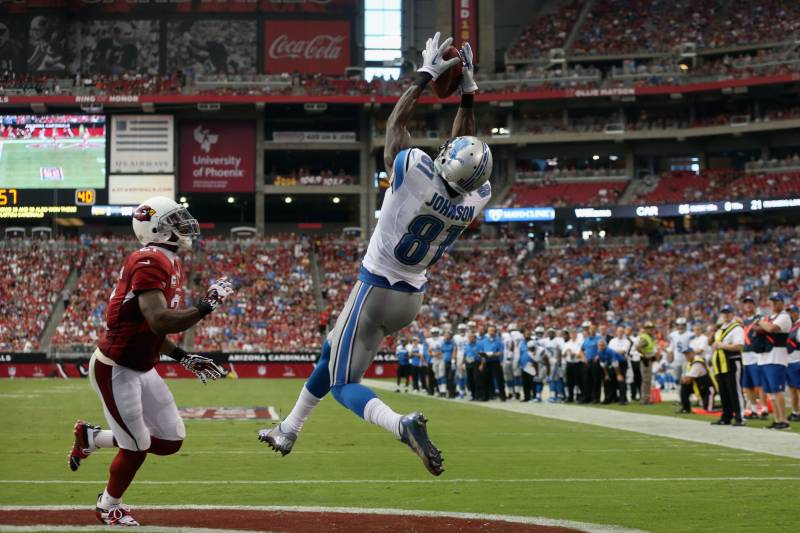 It’s hard to tell if “Megatron” was a nickname or an accurate depiction of his being because Calvin Johnson didn’t look human on the field. From 2010 until his shockingly early retirement in 2015, Johnson recorded six straight 1,000-yard seasons, six straight Pro Bowl appearances, and three straight First-Team All-Pro honors from 2011-2013.

Megatron was as close to unstoppable as they come, but the Lions’ offensive line, weaponry, and defense certainly didn’t help. Matthew Stafford is a great quarterback, but he and Johnson couldn’t win games by themselves. Again, leave it to the Lions to waste a generational talent and force an early retirement; that’s kind of their schtick.

But to average those numbers on a per-game basis for six consecutive years is a whole other level of insanity. I can’t help but wonder what would have happened if Megatron went to another team. He obviously shined with the Lions but his career accolades are all self-made, none earned by his team. 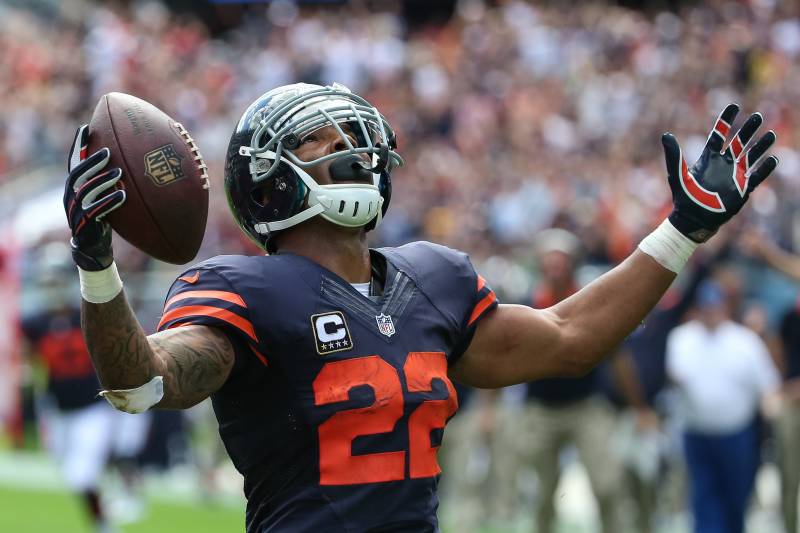 Matt Forte might just be the most underrated running back of all time. The dude was Christian McCaffrey before Christian McCaffrey. He may not have ever had the season that CMC did last year, but he had the skill set and he was balling for the Bears while CMC was still in Pre-Calculus. Forte didn’t have a single season with the Bears where he recorded less than 340 reception yards and only one season with under 1400 total yards.

However, he still only made two Pro Bowls and didn’t win OROY after 1,715 total yards and 12 total touchdowns. He started the revolution of the running back position and the guys you see now such as CMC, Alvin Kamara, Ezekiel Elliott, and Le’Veon Bell are all just riding his wave of ingenuity.

Forte played for the Bears for six seasons last decade and helped them to a Playoff berth in 2010 when they lost to the soon-to-be Super Bowl Champion Green Bay Packers in the Conference Championship. In 2010, he eclipsed 1,600 total yards, 1,000 rushing yards, and gathered nine total touchdowns. Overall, Forte averaged about 1,601 total yards and 8 total touchdowns per season for the Bears last decade.

I am counting his total yards instead of rushing yards because he was so much more than just a running back; he was an offensive weapon whose presence in the passing game was just as important as in the running game. Forte’s ability to run routes and catch passes was on par with pro-level receivers, and teams had to account for that aspect of his game.

That created so many opportunities for him and for his teammates, so much so that he should be considered the Bears’ most valuable player this past decade. Presence on the field is such an underrated asset that so many people take for granted when analyzing players.