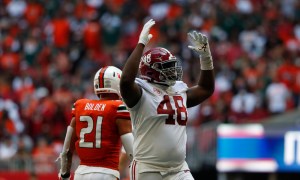 The 2022 NFL Draft is weak at the interior DL position, which would mean Phidarian Mathis should go higher than some might expect in the draft. Mathis really showed his full potential in his senior year this past season, totaling 53 tackles, 10.5 tackles for loss, and nine sacks in 2022. He was a permanent defensive captain for the Crimson Tide in 2021, and earned himself a second-team All-SEC, along with an invite to the Reese’s Senior Bowl. 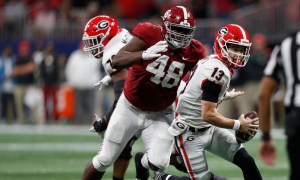 During his first three seasons at Alabama, Mathis was mostly rotating on the DL before finally earning himself a starting spot as a senior. Alabama’s track record on the DL can’t be ignored, and that will help boost Mathis’ stock a hair. The Crimson Tide have had eight interior defensive linemen go in the first two rounds in the past six drafts. 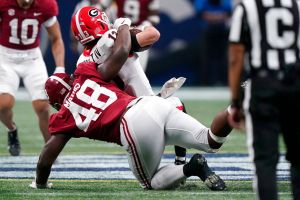 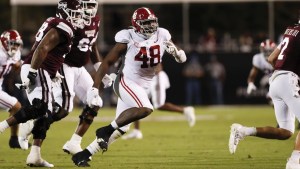 Round projection: Second round