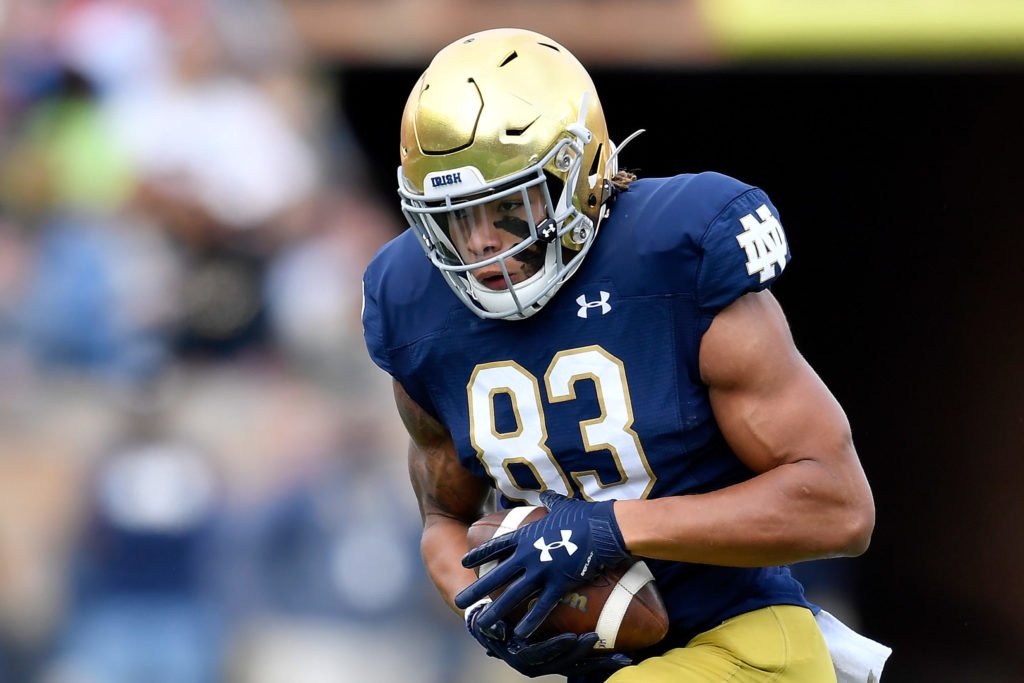 Since the retirement of Heath Miller, the Steelers have been looking for their next guy at the tight end position. From Ladarius Green to Jesse James to Vance McDonald, they just could not find what they were looking for. Earlier this offseason, they tried to fill that hole once again by signing six-year veteran Eric Ebron to a two-year, $12 million deal.

Ebron is a solid tight end who just two years ago had an outstanding season, where he logged 66 catches for 750 years and a whopping 13 touchdowns. That being said, he is sub-par in the blocking department, and it is an understatement to say he has had a difficulty with drops over his career.

The Steelers took an interesting approach to fix this problem once again by drafting Chase Claypool. Claypool is a big-bodied receiver, to the point where he borders on the playing weight of a tight end. He is built like a truck, and with a head of steam, he cannot be thrown off track. As a result of relatively poor quarterback play at Notre Dame, Claypool was able to showcase his impressive catch radius as well as his ability to adjust to bad throws.

Claypool ran a remarkable 4.42 40 yard dash at the combine and hauled in 16 receptions of 20+ yards downfield (t-most in the class), which is absurd for someone at his size. All things considered, Claypool is a great pick who has the potential to fill a hole we have been trying to fill for a long time, even if he may have been taken a bit early. 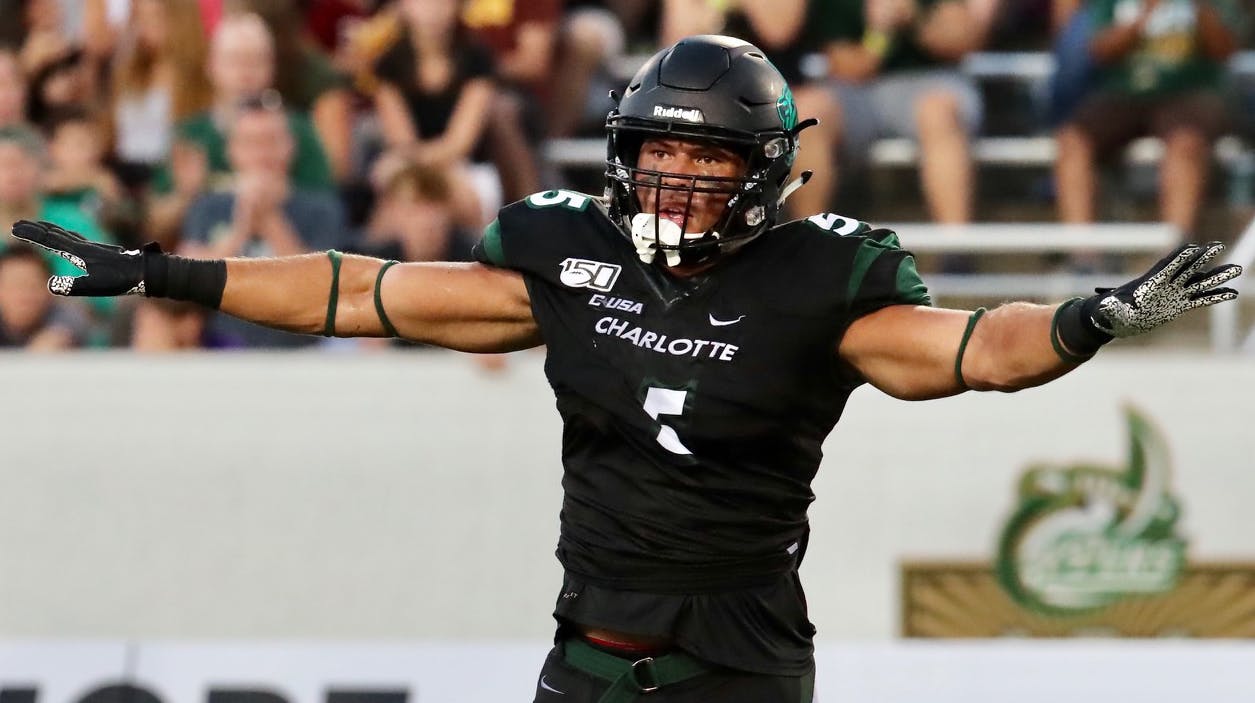 If there is one place the Steelers do not need help, it is on the edge. With the All-Pro duo of T.J. Watt and Cam Heyward, along with stars like Stephon Tuitt and the ever-emerging Bud Dupree, their defensive front can be argued as the best in the league.

Alex Highsmith was a walk-on at Charlotte and is often referred to as a late bloomer. He is not someone you can plug and play right away, but he definitely possesses a unique and interesting skill set that I believe will translate to the next level, including his power and agility. At first, he will likely be an effective special teams player and backup to Watt and Dupree. However, seeing as how Bud Dupree is playing under the franchise tag in 2020, it is reasonable to understand the strategy behind picking a high ceiling/low floor project like Highsmith. Good pick. 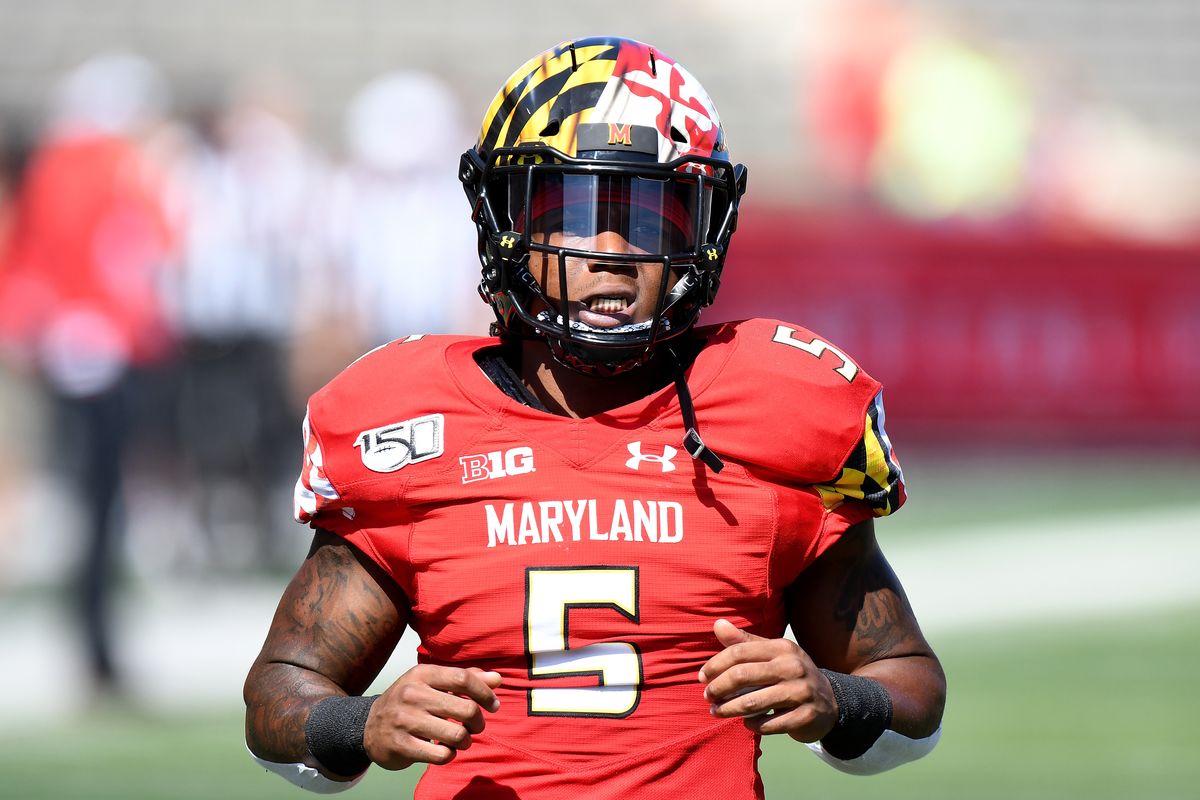 Not much needs to be said for Anthony McFarland. He is a tough runner with blazing speed who is a tad undersized.

It is only a matter of time before the entire NFL catches on to the fact that running backs do not matter. Unfortunately, my Steelers are not there yet. People ask “Is it the running back that doesn’t matter, or is it the running game that doesn’t matter.” The answer is both! In short, passing is more efficient and running plays have an inherently low upside. According to PFF, the difference in EPA (estimated points added) per play of a rush versus a drop back is approximately +1.4, favoring the drop back. In the end, the success of the run game depends primarily on the offensive line and the passing attack.

The statement that “The run sets up the pass” is also a myth, considering the advanced statistics show that play action is just as effective without “establishing the run” as it is with establishing the run. What makes choosing a running back even worse is when you see a repeated pattern around the league of highly paid running backs flaming out and dying (e.g. Todd Gurley, Le’Veon Bell, David Johnson), or watching late-round and undrafted running backs having tremendous statistical success (e.g. Phillip Lindsay, Jordan Howard, Aaron Jones). I could go on for days about the futility of the run game or the replaceability of the position itself, but I would rather just give this selection an F and move on. 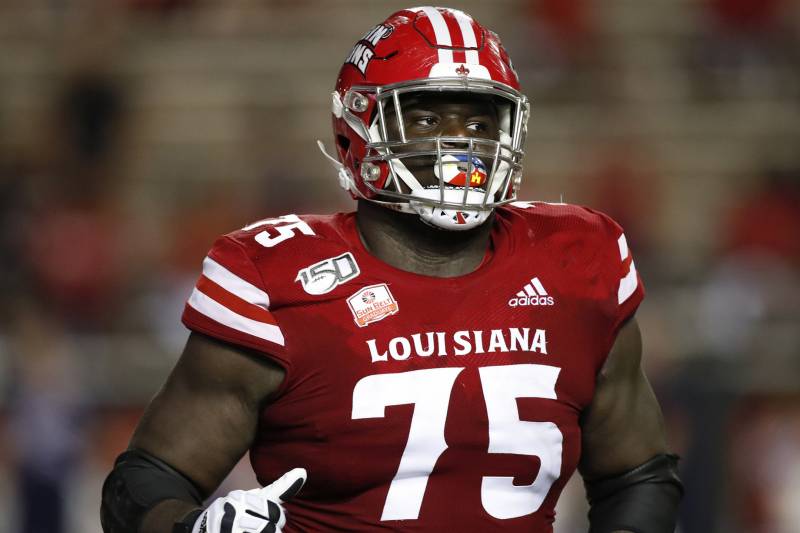 A staple of the Steelers over the past few years has been their offensive line. Nonetheless, all good things must come to an end. Aside from the departure of Ramon Foster to retirement and B.J Finney to the Seattle Seahawks, age has taken a toll on players like Alejandro Villanueva and Maurkice Pouncey. It was high time the Steelers began to replenish that group with youth, and that they did.

Kevin Dotson was PFF’s highest-graded guard in all of college football last season. He possesses the strength necessary to hold his own against opposing interior lineman and is a phenomenal run blocker. His main negative is undoubtedly his spotty pass blocking, but that can be fixed, or at the very least mitigated by good coaching. Great pick! 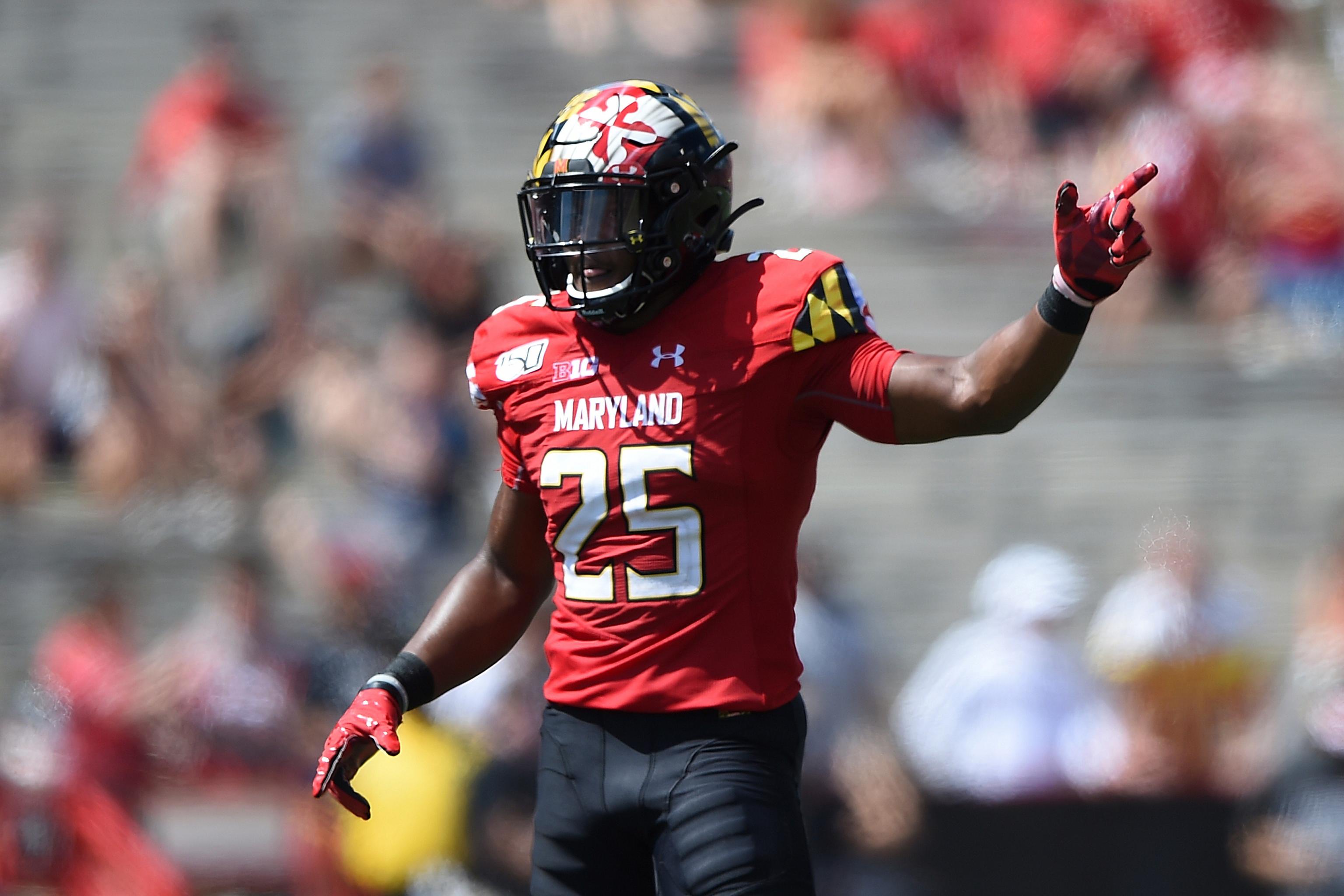 If the Steelers are known for one thing, it’s their historic defenses. The retirement of Troy Polamalu coincided with the falling off of the entire Steelers defense for years to come. Following years of high defensive draft picks and outstanding player development, the Steelers defense has seen a glorious resurgence highlighted by a star-studded defensive front that has produced 162 sacks over the past 3 years combined. At this point, the question is not how they build the defense, but rather how they maintain it.

When you have a solid group of playmakers in a particular positional group, you should not be concerned with a player’s floor, but instead, shoot for high upside. According to PFF, Brooks was the highest-graded safety in all of college football against the rush last season. His comfort in the slot may amount to his conversion to linebacker at some point, but his promise is worth it for a 6th-rounder. With the Steelers having Minkah Fitzpatrick and Terrell Edmunds occupying the safety position for the foreseeable future, chances are we will not see very much of Brooks, but it’s nice to know he is waiting in the wings. 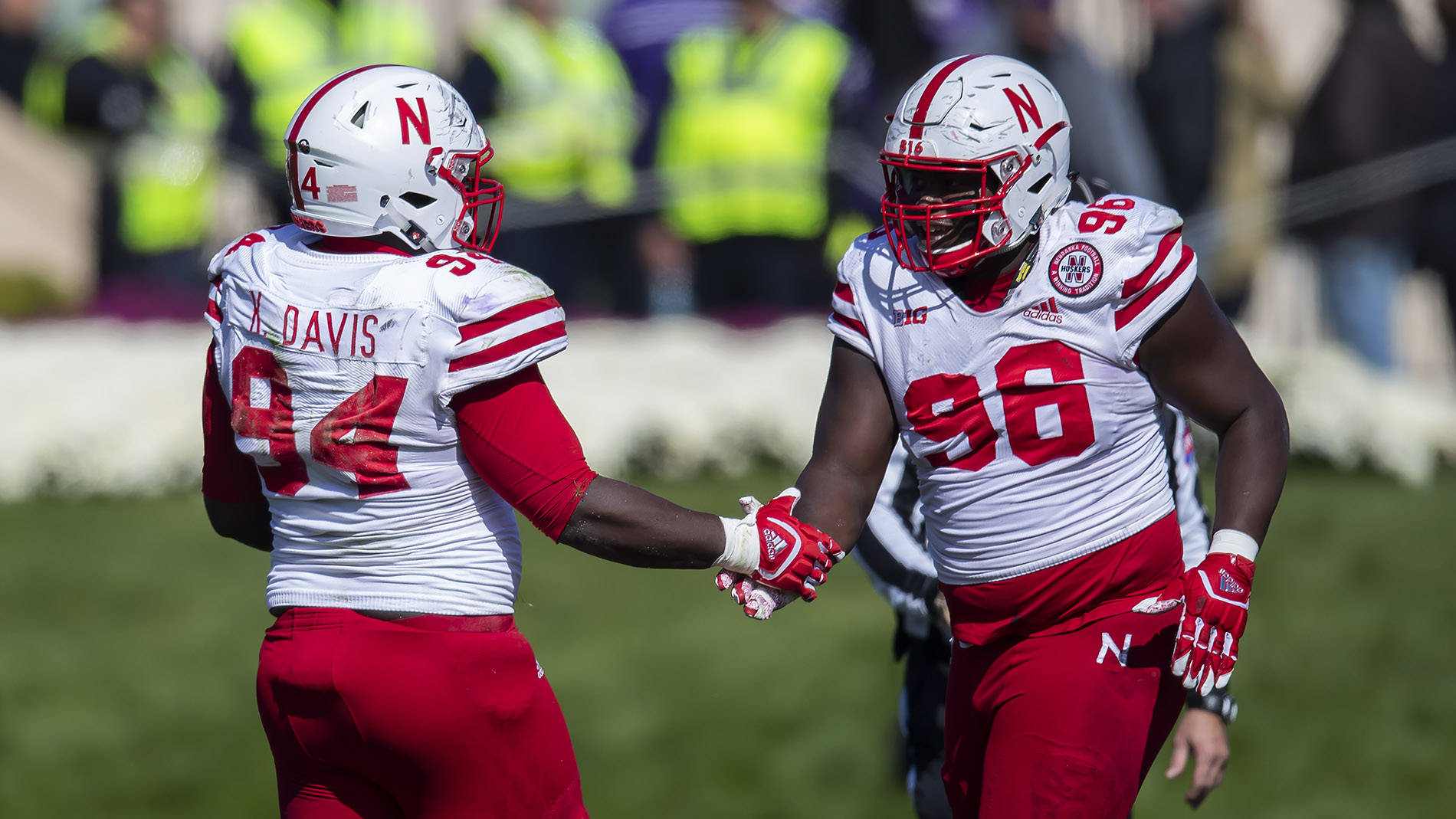 One of the Steelers’ key departures this offseason was that of stout defensive tackle Javon Hargrave. Although I am not in love with the idea of picking a defensive tackle higher in the draft, the value of taking one later on is a gamble worth taking. Carlos Davis is a powerful player and a great athlete. It shocked me to find out that he was a two-sport athlete, with the other being track and field! Someone his size should not be able to move the way he can, and Steeler Nation can only hope that it translates on the gridiron. As a 7th round pick, I like the upside that Davis brings to the table.