With a whole mess of an offseason behind us and camp in full effect, let’s take a look forward to February, where the NFL will announce it’s season awards. Every team and player has a shot to contend for these, but most won’t stand a chance. Still, these players deserve respect and recognition for their contributions to the game. Note: Players cannot win more than 1 award.

Here we break down each teams’ award winner in the AFC South: 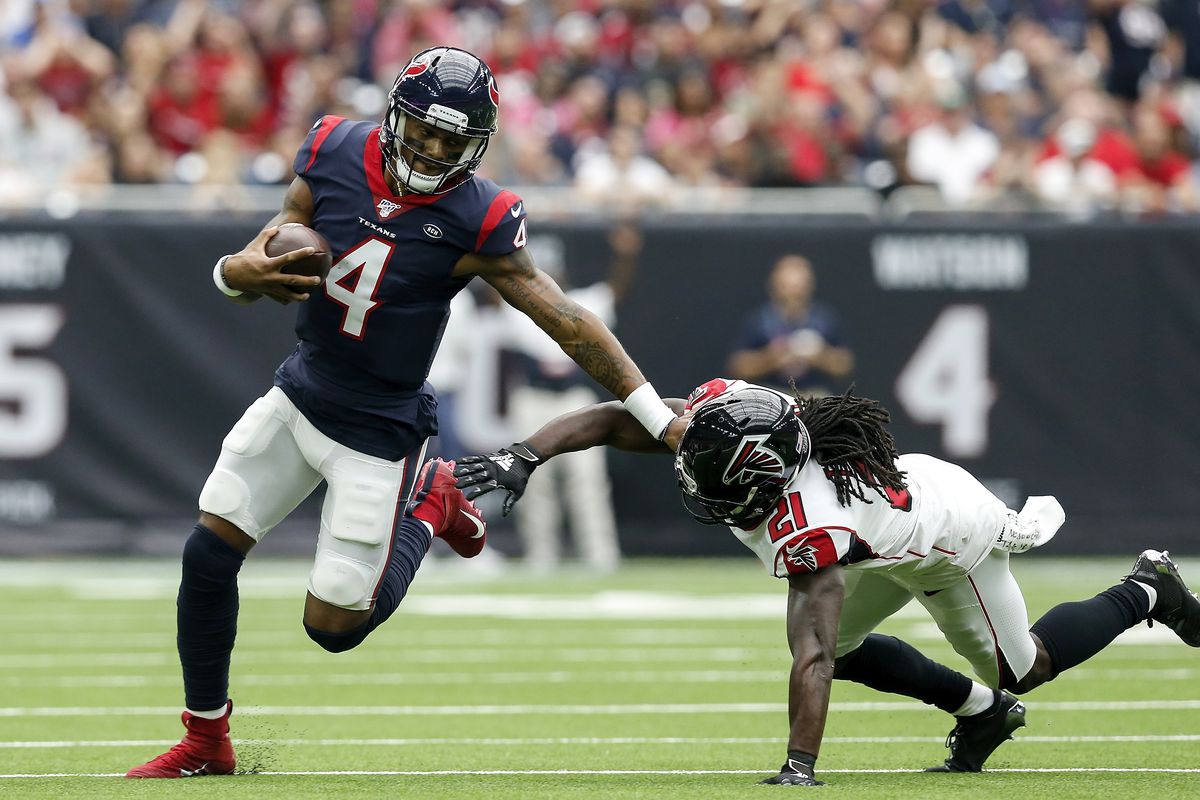 When Megatron left the Lions for greener (and likely shadier, calmer, more peaceful) pastures, few expected him to grow and elevate his game the way he did. Watson gets to beat similar doubters in this coming season as he proves that despite the loss of potentially the league’s best WR, nothing is going to get in the way of this gunslinger. He’s still armed with a high-quality WR room, the best O-line of his career, and playoff experience. No Hopkins? No problem.

As much as the Brandin Cooks signing could help elevate Watson’s game, and that of the offense as a whole, Tunsil brings the kind of stability that money can’t usually buy. The impact that his play has on this line, along with the young leadership qualities he brings, cannot be overstated. Locking down the run game, the passing game, and sealing the edge? Child’s play for Tunsil, and iron will sharpen iron this offseason as he lines up against Watt, Mercilus, Blacklock, and others this offseason.

Speaking of Mercilus, who gets the title of team DPOY this season, he looks to play better than ever in a slightly reworked defense. As Watt cannot be relied upon to stay healthy, Mercilus is notorious for moving to the line of scrimmage to provide support in his absence. He may be called upon once again to do so in 2020; Needless to say, he will excel.

2019 seemed like it had Watt at the end of his rope. Managing to play in only 8 games, putting up a dismal 4 sacks, and injured for most of the season, J.J. could only provide words of encouragement when his team really needed him in a uniform. 2020 may be the last chance for Watt to finally regain his form after only playing 1 full season in the past 4 years, and he takes it. Expect him to see as much of the field as his body allows him to, and prepare for fireworks when he’s out there.

This 1st-rounder makes an impact in 2020, getting rotations with J.J. Watt (who is known for drawing a significant amount of double-teams), leading to more opportunities against the ball-carrier. Absence makes the heart grow fonder, and the rest of the AFC South will be incredibly fond of days when they don’t have to play Ross. 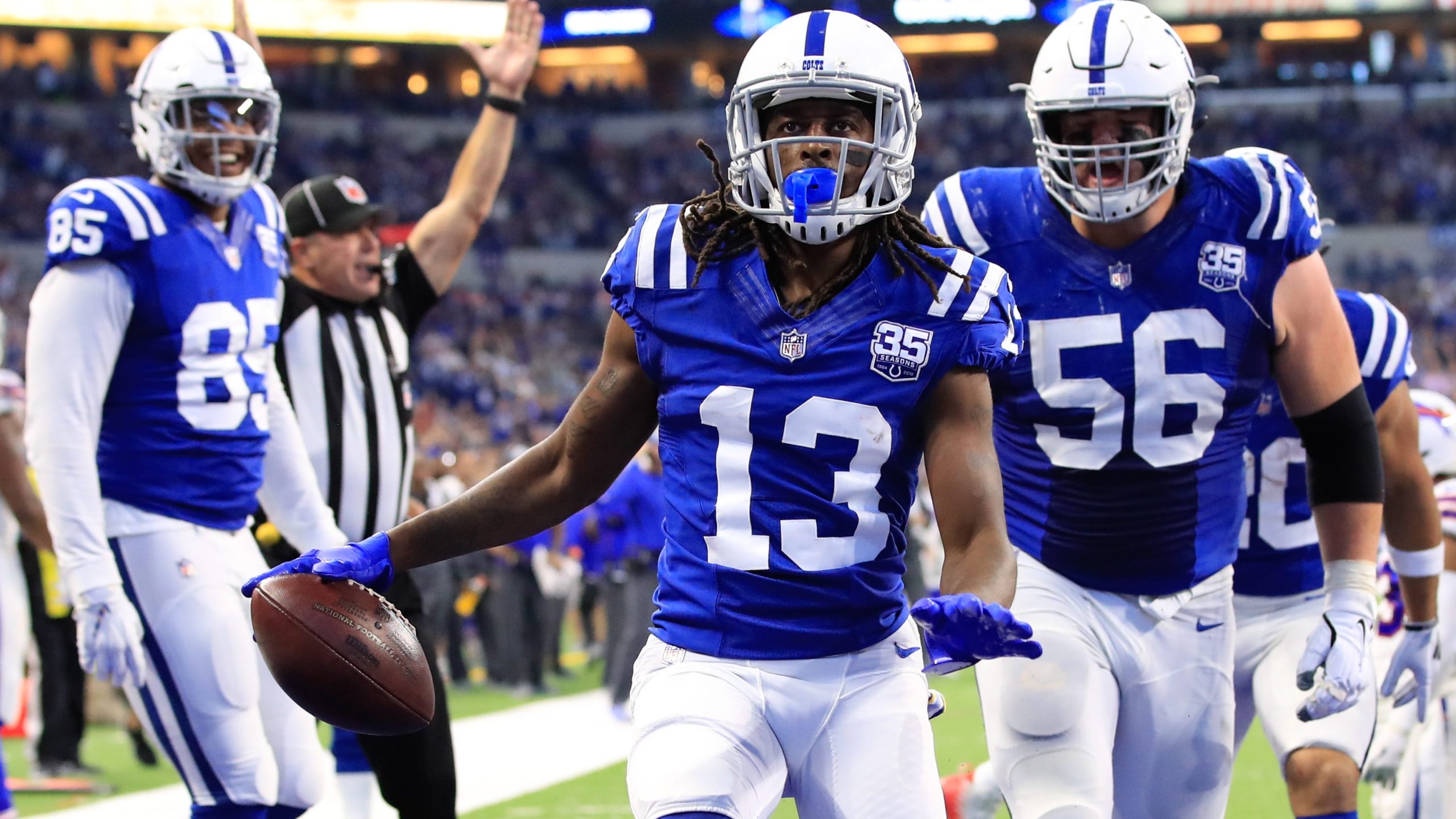 Coming off two solid years in San Francisco, Buckner gets to go to work in the Colts’ trenches. Justin Houston’s presence means that Buckner won’t be the only man on the line going up against double teams, which frees up everyone for more one-on-one opportunities. Long story short, Buckner’s signing was a win for the defensive line, the defense as a unit, and this team as a whole.

The Colts standout OG Quenton Nelson deserves a nod here, but Mack is one of the most consistent talents in the league at his position and it’ll show, with a new starting QB leaning on him as he gets comfortable. Once Rivers finds his groove Mack will see reduced carries, but also reduced coverage, as he continues to trend positively throughout the season.

Darius Leonard has been explosive in his 2-year carer so far and shows no sign of slowing down. A small injury was the only thing keeping him from beating his rookie year’s record of 7 sacks, but he gets to blow that away this season. Keep your expectations high for Darius, he has a nose for the ball: 284 tackles in 2 years is just another indicator of how scary this man can be.

Where was T.Y. in 2019? Unfortunately, he spent most of the season on the injured reserve, which led to a measly 501 receiving yards, though a still-impressive 5 TDs in that span. Coming off of one of the least productive and most injury-riddled seasons of his career, Hilton looks to bounce back with Rivers slinging the rock his way.

With the return of T.Y. Hilton, Pittman won’t have to be WR1 for another season or two, which should do him just fine. He gets to enjoy a Thielen-under-Diggs type relationship with the more established Hilton for at least a season, and he’ll be demonstrating his newfound knowledge all over the division in 2020. 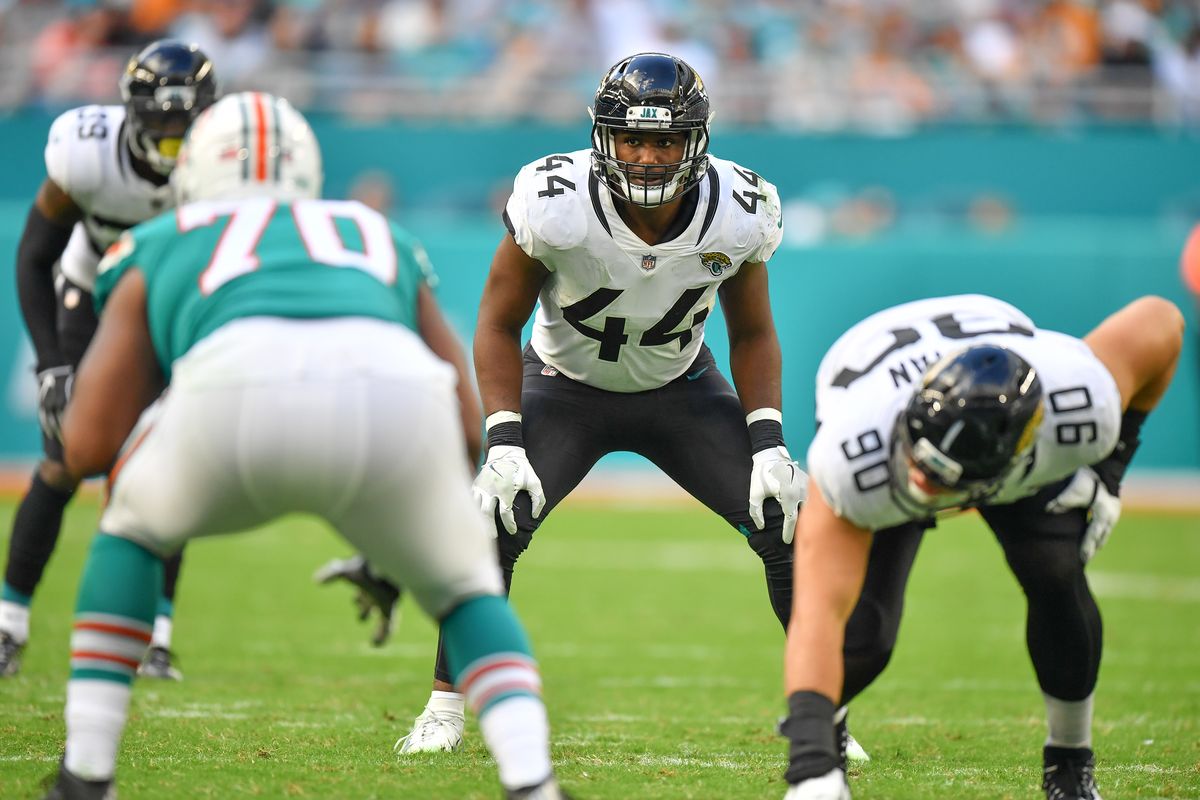 This was a tough one but, ultimately, it came down to one question: Who is more important to this team’s success in 2020 than Minshew? The correct answer is no-one. If Minshew can elevate his game after almost a season under centre, then the Jaguars might be able to ride their defense to a playoff spot. It may not be likely, and it definitely isn’t pretty, but their marbles are all in Gardner’s corner now.

With a year of chemistry and a refreshed defense, Chark gets the ball as much as Minshew can feed it to him. Doing for Minshew what Brown does for Tannehill, Chark will get a boost in his snap count on the season as he is expected to fill a larger role as they develop their chemistry. His outstanding body control makes him a beast in the red zone and on the sidelines. Get ready, 2020; Chark is coming for you.

More room for opportunity means that this 2019 DROY candidate gets to excel. In any other season, he would’ve won DROY, but Nick Bosa was too significant of a contender to be beaten. Allen takes a leap this year, taking on the strain of losing some depth and his increased snap count will only yield an increase in production. Opposing linemen beware: Josh smells blood in the water.

After a career year during the 2018 season, Jack was disappointing in 2019. Up and down all through the first 11 games, it was the natural conclusion to his year that he hit the IR in time for week 12. For 2020, Jack comes back. The defense got a boost of youth in the draft this offseason, and these young playmakers will alleviate some of the pressure from Myles, leaving him free to chase down ball carriers and cover TEs to his heart’s content. We might see another career year in 2020.

The Jaguars got a haul out of the 2020 NFL Draft, but the cream of their abundant crop is CB C.J. Henderson. Henderson might not be the top dog if not for the departure of the league’s former darling CB Jalen Ramsey. The hole he left is one that Henderson was born to fill, and he will. Aptly. Expect him to fit right in and bring a little credibility back to this Jacksonville defense. 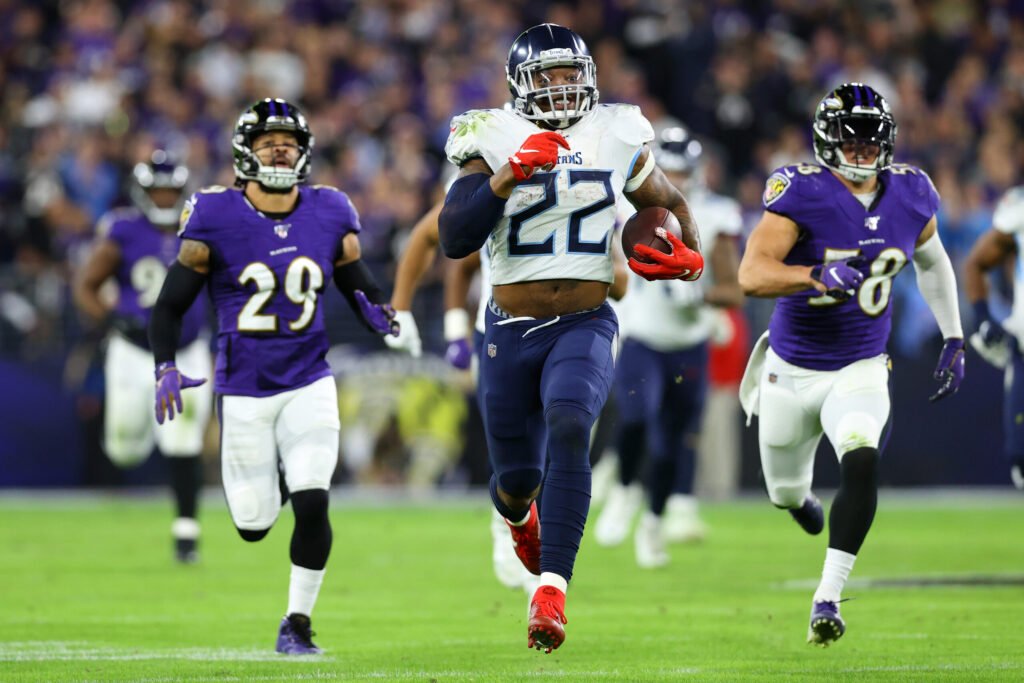 Was there ever any doubt? Derrick Henry was the league’s rushing king in 2019, and the suddenly dynamic Titans offense looks like they don’t plan on slowing down. Extending now-starter Ryan Tannehill (to an admittedly absurd contract) makes for proof that they don’t plan on swapping it up anytime soon. As long as Henry can pound the rock like he did last season, he’ll be the most valuable man on this roster.

A.J. Brown was a real contender for OROY last season, despite changing QBs throughout the year. That kind of consistency will be needed as he moves into a larger role in year 2, and his skill set is expected to evolve with his role: providing support in the running game as a blocker and widening his route tree. A.J. might not be a household name yet, but he could be very soon.

Coming off of a career 9-sack season, Landry does what any good LB does: he makes plays. The addition of Vic Beasley means less double teams on Harold, more chances at going 1-on-1 against the weak side, better containment of the QB in the pocket, and more free rushes. All of this will be crucial to the Titans’ defense as a whole, particularly down the stretch and in their now-expected playoff run.

Butler was having a great start to 2019 before he got hurt, spending the Titans entire late playoff run on the IR. This season, he rejoins a team that found it’s identity and brings a little more strength back to this secondary that ranked 24th in passing yards allowed during his absence.

The Titans addressed a need early and Fulton looks to compete in a secondary that lost standout Logan Ryan in March. Why the Titans let Ryan go, who played 99% of the teams snaps in 2019 and led them to a playoff berth, is a mystery but it may have an answer here. Butler’s return and this pickup mean that the secondary retains some shiftiness for the upcoming season.

Previous articleNHL Power Rankings: Round Two
Next articleMy Thoughts on the Bubble