FOOTBALL IS FINALLY BACK! The NFL season kicked off with the Texans taking on the Chiefs on Thursday. If you have missed our previous Team Award articles, check them out in the links below. Today, I will be discussing the NFC South. 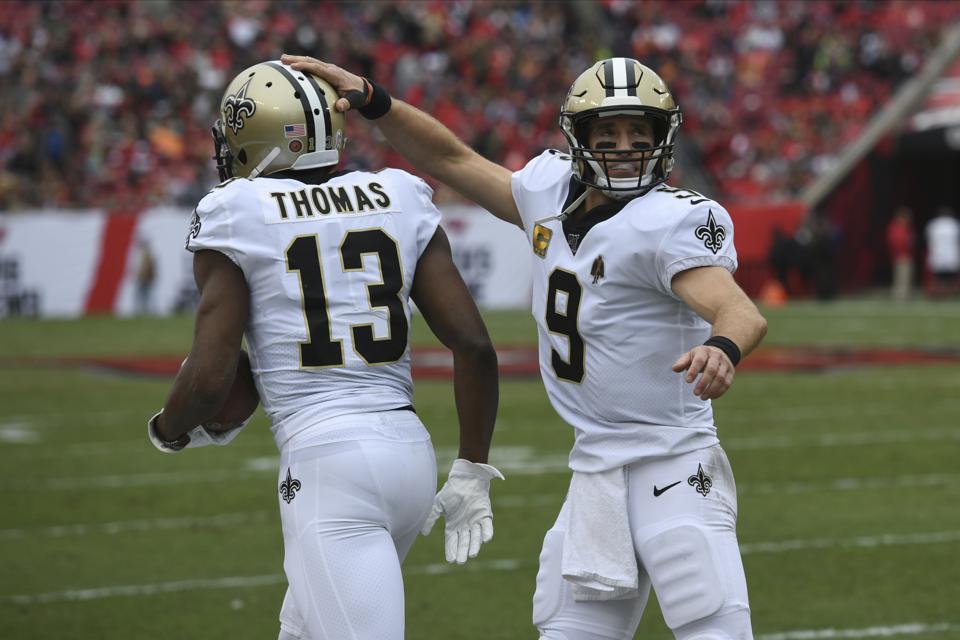 A lot of people hate on Michael Thomas, but he is the best player on this team and frankly, one of the best receivers in football. He broke the single-season reception record with 149 receptions. Thomas showed he can succeed without Drew Brees when he caught 52 balls for 640 yards and 3 touchdowns during the time Brees was out. He was the lone bright spot in the Saint’s loss to the Vikings. Thomas has shown how valuable he is to the Saints as he is essentially matchup-proof and makes big plays when needed. I expect another big year from Thomas this year.

Lattimore is not the best defensive player on this team (Cameron Jordan), but he is the most important defender on this team if they want to win a Super Bowl. The NFL is a passing league now and the Saints secondary hasn’t been great. Now add in the fact that they face Davante Adams, Mike Evans, Julio Jones, Kenny Golladay, Tyreek Hill, Allen Robinson, Adam Thielen, and DJ Moore, the defense will be boosted if Lattimore can slow down each of these teams number one receiver.

It seems that as the season goes on, Brees performances get worse. Hence why they always crash out of the playoffs so early. This is likely Brees last season and the Saints last big chance at winning a Super Bowl. Brees was extremely disappointed in their playoff loss against the Vikings. With an upgraded O-Line and another receiver in Emmanuel Sanders, Brees has no excuses for failure this season. After missing 5 games last season, Brees has to be firing on all cylinders if this team wants to make it past the first round, let alone win the Super Bowl.

With the loss of AJ Klien, Baun will play a pivotal role in the heart of this alongside Demario Davis. Baun is a versatile linebacker who can play outside in a 3-4 defense. He is great in coverage and in rushing the passer and in the third round, was an absolute steal. 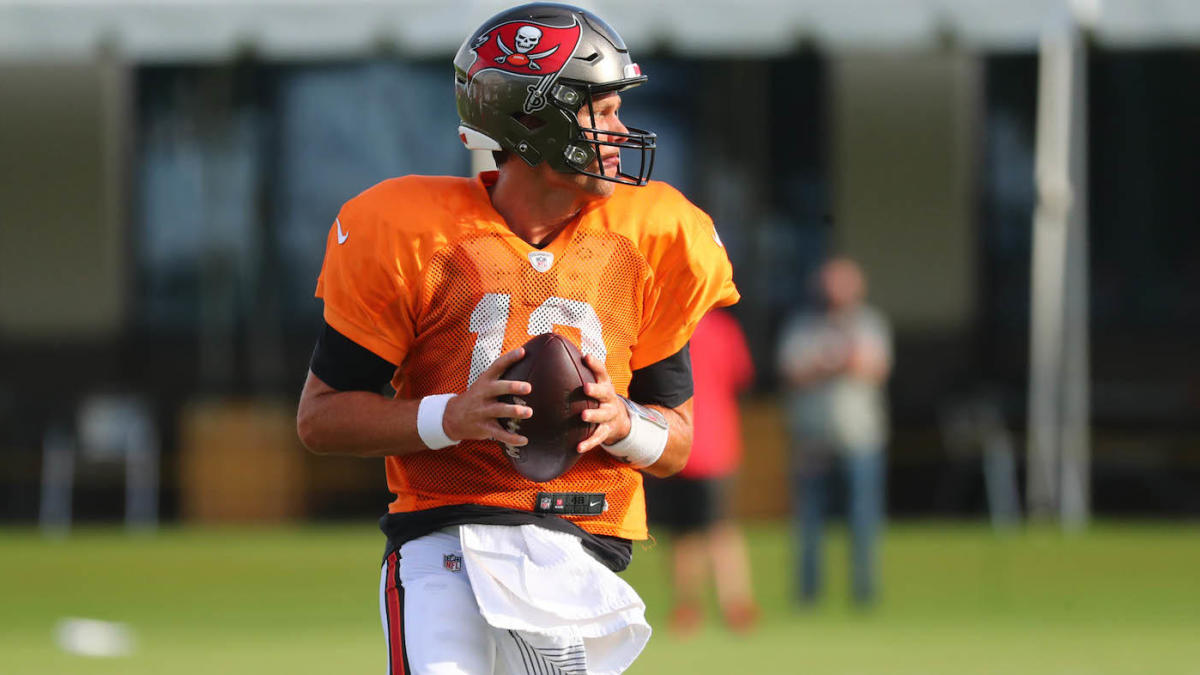 Tom Brady turned the Bucs from a mediocre team to a Super Bowl team in the span of months. Brady has a lot to prove this year. Many people consider him a system quarterback and that Belichick was the reason for the Pats success. Winning in Tampa would disprove all the rumors and in my opinion, make Brady the undisputed goat. Last year, the quarterback play was abysmal as Winston threw 30 interceptions but with Brady coming in, who threw only 8 interceptions, they will win many of the close games they lost last season.

Brady loves his slot receivers (Julian Edelman and Wes Welker) and this is where Godwin will reportedly take the majority of his snaps. Godwin broke out last season with 86 receptions, 1133 yards, and 9 touchdowns. Godwin will be the safety blanket for Brady and likely his go-to option if he indeed plays in the slot.

The Bucs have a very underrated defense with Shaq Barrett, Ndamonkugh Suh, Jason Pierre Paul, and Lavonte David. However, I think Devin White is severely underrated on this defense and is not talked about enough. I have him as a potential defensive player of the year candidate. In 13 games, White registered 91 total tackles, 4 TFL,  2.5 sacks, 3 FF, 4 FR, and 2 TDs. If he can get over 100 tackles and add on a couple more sacks, White should be in consideration for the award.

Pierre Paul missed the first 7 games of the season due to a fractured vertebra but was extremely effective in his return. He had 8.5 sacks in 9 games which is 4 less than what he had in the 2018 season when he played all 16 games. Adding in Suh to the defensive line along with Barrett should open up more opportunities for JPP to get double-digit sacks.

According to Football Outsiders, the Bucs offensive line ranked 23rd in adjusted sack rate with a rate of about 7.8%. Wirfs was drafted to protect the blindside of Brady and to overall improve this offensive line as at age 43, who knows how many hits Brady can take without getting injured. 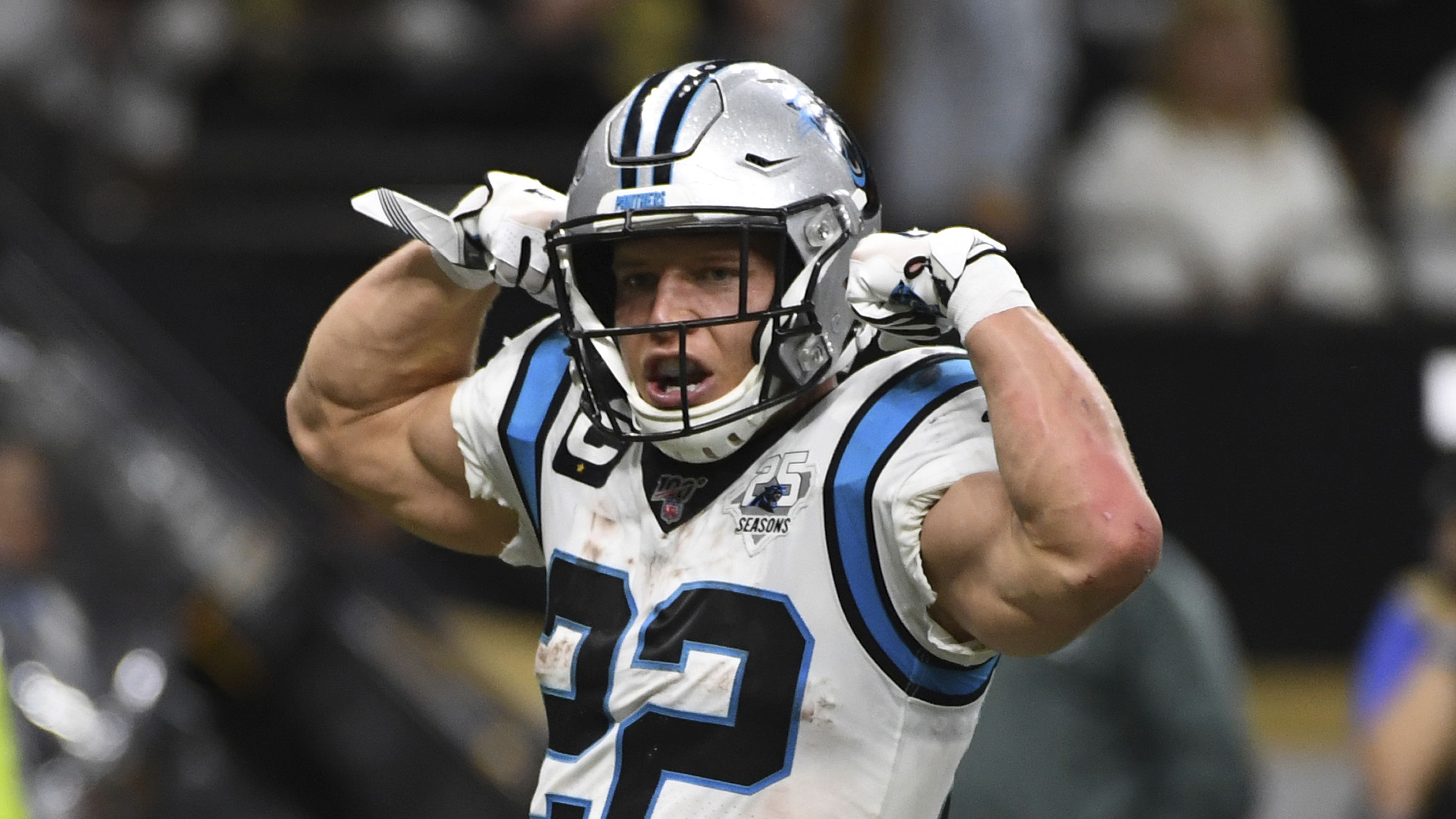 McCaffery had a monster season last year with 1387 rushing yards,15 rushing touchdowns, and 1005 receiving yards with 116 receptions. Will he replicate this production this year? Probably not. But McCaffery was the sole source of the offense last season and put up these stats with teams stacking the box and with Kyle Allen at quarterback. I expect the Panthers to spread the ball around a lot in the passing game, but McCaffery’s rushing yards should increase and I could see him rushing for more than 1500 yards this season.

I wanted to out DJ Moore here, but Bridgewater is the deciding factor on if this Panthers team can compete for a playoff spot. Bridgewater looked great in the 5 game span in which he was the Saints starter. He threw for 1205 yards, 9 touchdowns, and 2 interceptions. The Saints also won every game he started. Under Joe Brady, I expect a mellowed version of an air raid attack, similar to how LSU looked last season. I expect the Panther’s defense to struggle, so Bridgewater will be crucial to this team’s success if they run the air raid offense.

With Luke Keuchly’s surprise retirement, a big hole is left at linebacker. With the Panthers electing to bulk up their defensive line and secondary, Thompson and Tahir Whitehead are left to fill the big hole that Keuchly left. Thompson posted a career-high in tackles last season to go along with 3 sacks. Thompson is a great coverage linebacker who has missed only 42 tackles in his 5 years in the league. He will inherit the leadership role on this team and play a pivotal role in keeping this defense afloat.

Kawann Short missed 14 games last season but will now star alongside Derrick Brown in the trenches of the Panthers defense. He made his second pro bowl in 2018 in which he had 42 tackles and 3 sacks. Since 2015, Short was tied for 3rd among defensive tackles for stats with 27.5 prior to last season. He should be a great mentor to Brown and he should face less double teams, leading Short to have one of his best seasons to date.

Derrick Brown is a monster. He is going to dominate the trenches in Carolina for years to come. Pairing him with Kawann Short, Gross Matos, and Brian Burns will make for a very dominant Panthers defensive line. Brown is explosive for a player his size and has great hands. He makes a lot of plays outside his area and is great in pursuit. 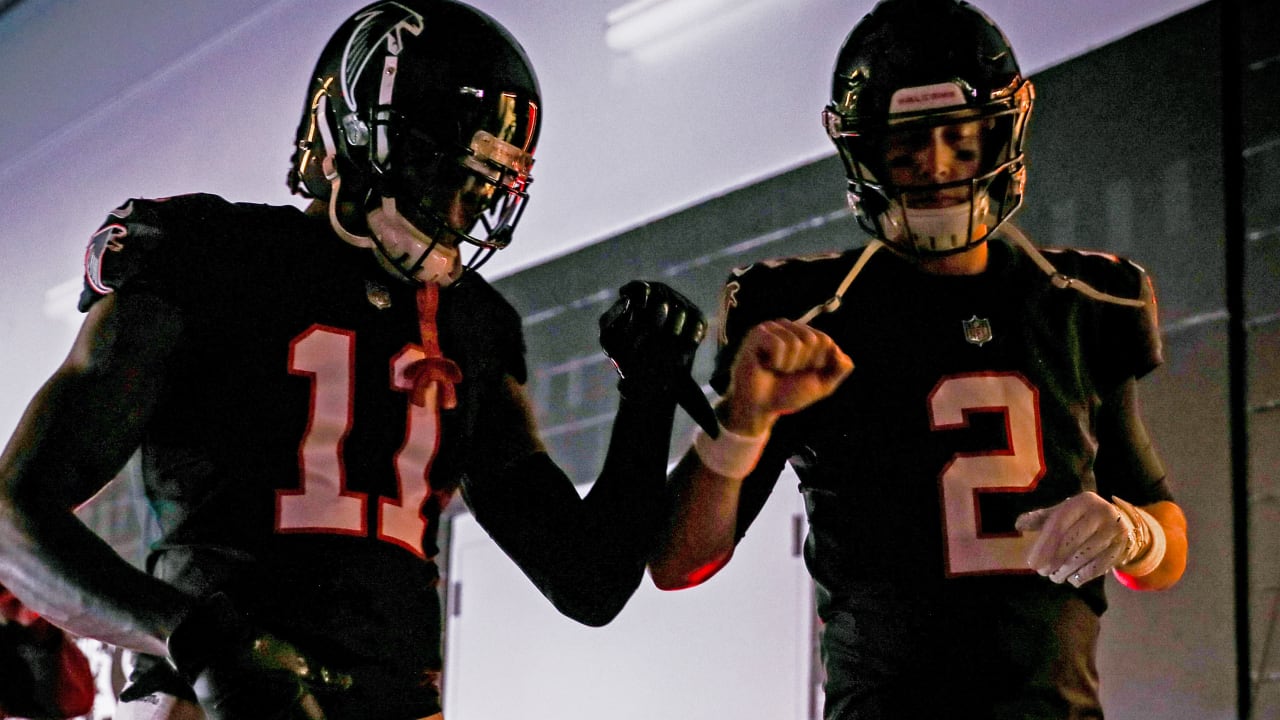 Ryan was disappointing last season as his completion percentage, yards, touchdowns, and passer rating decreased while his interceptions doubled. It seems as if the Matt Ryan trend is every other year he performs at his best and if this trend is true, this is one of Matt Ryan’s best years. Ryan has to be near perfect this season if the Falcons want a chance at the playoffs because their defense is going to be atrocious. Limiting turnovers and capitalizing on opportunities will be vital in the Falcon’s hopes for a Super Bowl.

The second-best receiver in the league at age 31 and shows no sign of slowing down. He has 7 straight seasons over 1000 yards and is essentially matchup proof. He is the most consistent receiver on this team and Matt Ryans go-to target in clutch time. I expect another monster year as Ryans quarterback play should improve as well.

An injury-plagued 2018 and 2019 have seen Neal play 4 out of 32 possible games in the last two seasons. Asking him to stay healthy is a big IF for the Falcons, but they need all the help they can get. Neal is an elite tackler when healthy and a playmaker on the ball, forcing fumbles. In a recent interview, Neal said he lost 13 pounds, so he weighs around what he weighed his rookie season. If Neal stays healthy, this Falcons defense gets a big boost.

Falcons are going to be asking a lot from the rookie out of Clemson. Their cornerback situation is terrible after losing Desmond Trufant and Robert Alford, so they are stuck with Isiah Oliver and AJ Terrell. Terrell is great in press coverage and a great tackler as well. He can move in from the outside to the slot and not skip a beat. Terrell is still young and asking him to slow down Julio Jones, Chris Godwin, Michael Thomas and DJ Moore twice a year maybe a lot, but he has the potential to be a lockdown corner for years to come