Premier League Matchday 23 is done and dusted. Matchday 23 starts a two-week break before Premier League action resumes February 8th. There were many surprising results that took place this weekend including one that resulted in a manager sacking. This weekend provided many entertaining games and wonder goals.

The early game of the weekend had its own separate article written after the dominant performance by Norwich City’s Josh Sargent. Following the release of that article, however, Watford sacked manager Claudio Ranieri. This does not come as a surprise as Watford has a short leash on managers. It has to be said that all signs point to Watford going right back down to the EFL Championship next season. Ranieri was Watford’s fourteenth manager in ten years. The lack of consistency with the man leading the charge will continue to inhibit the club from achieving long-term success. 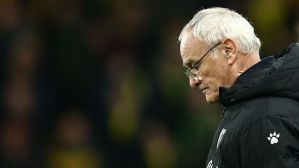 It just couldn’t be written any better. Former Everton player Lucas Digne whips in a 45+3 minute corner that is flicked past Jordan Pickford by Emi Buendia to give Aston Villa the 1-0 win. The was a very tight affair which is noted in the scoreline. Everton was only able to mustard up just one shot on target the entire match and held 49% of the possession. Everton now only sits 4 points clear of the relegation zone in 16th place. It is interesting to see what Everton caretaker Duncan Ferguson is able to do in his next match, a massive relegation six-pointer against Newcastle. 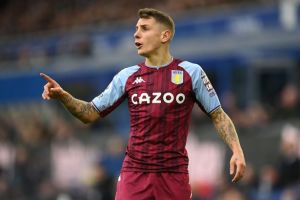 Wolves did the unthinkable. They scored multiple goals in a game. It could’ve been three but a late Adama Traore goal was ruled for offside by VAR (questionably). Brentford played well and a marvelous Ivan Toney volley brought them back to 1-1 before Ruben Neves scored in the 78th minute to claim all three points for Wolves. Wolves have silently climbed their way back into a European position. They currently sit in 8th place which is only 4 points behind 4th place Manchester United. Brentford manager Thomas Frank expressed visual displeasure with officiating again in this match. Frank’s fiery personality has caused him to fall under a lot of scrutiny by fans. Brentford still sits comfortably in 14th place and is playing solid for a newly promoted team. 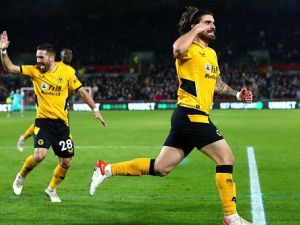 Newcastle helped their fight to stay up with a massive three points over Leeds. They claimed the lead with a Jonjo Shelvey 75th minute free-kick that somehow got by Leeds keeper Illan Meslier. Meslier’s blunder allowed for Newcastle to grab their first win since December 4th. Newcastle’s escape from relegation with their financial takeover is off to a great start. Newcastle is still pursuing transfers such as Sevilla’s Diego Carlos and Man United’s Jesse Lingard. This result has made the relegation battle a lot more interesting. 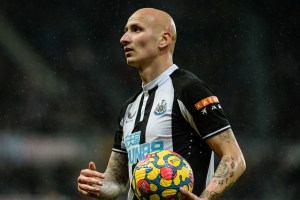 This was a very tight affair between two European competition-bound teams. The game seem all done and dusted until a brilliantly worked attack by Manchester United ended in a Marcus Rashford goal in the 90+3 minute. Many questions were raised about the winning goal when cameras showed what appeared to be Edison Cavani receiving the pass that led to the assist in an offside position. The camera angle was a bit misleading and the goal was given. It is great to see Marcus Rashford back on form and enjoying his football. Ralf Rangnick has a vision for Manchester United and if the players buy into it, they will be playing Champions League football next season. 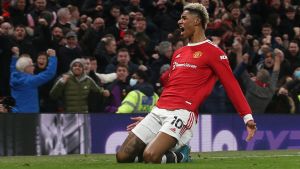 What an unbelievable result from Southampton who ended Man City’s record of 12 straight wins. Southampton took the early lead through Kyle Walker-Peters in the 7th minute but was canceled out by Aymeric Laporte in the 65th minute. Man City bossed the game and held 75% of the possession but just couldn’t grab the winning goal. Man City’s drop of points open’s the door for Liverpool to close the gap in the title race. 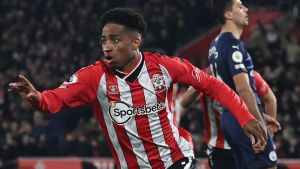 Liverpool’s quest for Premier League champion took a positive turn this weekend by picking up all three points in a relatively comfortable win over Crystal Palace. Man City’s draw means Liverpool has closed the gap to 9 points with a game in hand. The main talking point of this game is a late penalty awarded to Liverpool when Diogo Jota clashed with Crystal Palace keeper Vincente Guaita. Jota seemed to lose control of the ball and then run into Guaita rather than Guaita run into him. The call allowed for Fabinho to finish off the game from the penalty spot and ensure all three points. Liverpool has applied slight pressure on Man City that any slip of form could cause Liverpool to get right back into the mix. 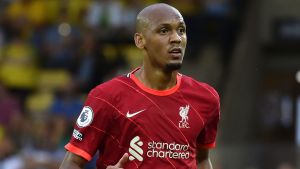 Snoozefest to say the least. An absolutely horrible result for European spot pushing Arsenal. They held three-quarters of the possession and had 20 shots. Burnley goalkeeper Nick Pope was able to dispatch the five on-target Arsenal shots to get a massive point. Burnley still remains bottom-of-the-table but still holds a ton of games in hand to the teams just ahead of them. 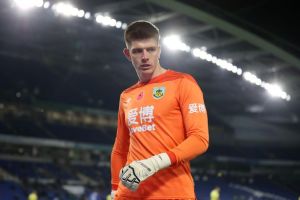 This game is about as typical as a Brighton game goes. Brighton finds a late goal to rescue a point. Just like he did against Chelsea nearly a month ago, Danny Welbeck’s header gave Seagulls a well-earned point. Leicester dominated this game in the first half, a great response following their abysmal 3-2 loss against Tottenham. But, they fell off a bit in the second half and it was enough for Brighton to capitalize. It was a solid result for Brighton who was without manager Graham Potter who had contracted Covid-19. These teams remain unchanged in the table after this result with Brighton sitting in 9th and Leicester just behind them in 10th. 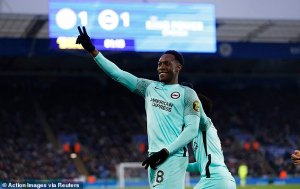 One of the games of the weekend saw Chelsea take all three points in a convincing performance. Tottenham had a Harry Kane goal disallowed due to a push on Thiago Silva which many argue was a bit of a light call. Regardless, Chelsea dominated the chances and possession to give them a stronghold on third place. Tottenham, meanwhile, finds themselves in a very crowded fight for the final Champions League spot. 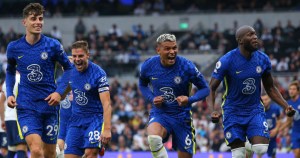 Previous articleThe Lakers/Westbrook Saga: My opinion
Next articleA Lockout – Because no one hates Baseball more than Rob Manfred