The NFL Draft is a time for teams and fans to look forward to the future through the lens of exciting young athletes. Since the 2014 NFL Draft, there has been a quarterback selected in the top three picks, but 2022 seems to be the year that will break that streak. That is not to say there aren’t any great quarterbacks in this class, but none that seem to be worthy of a top-three selection just yet. There isn’t even a quarterback who leads the pack as the favorite to be the first selected. However, if you ask me I think it could be Liberty Flames signal-caller Malik Willis. Let’s see what he is all about. 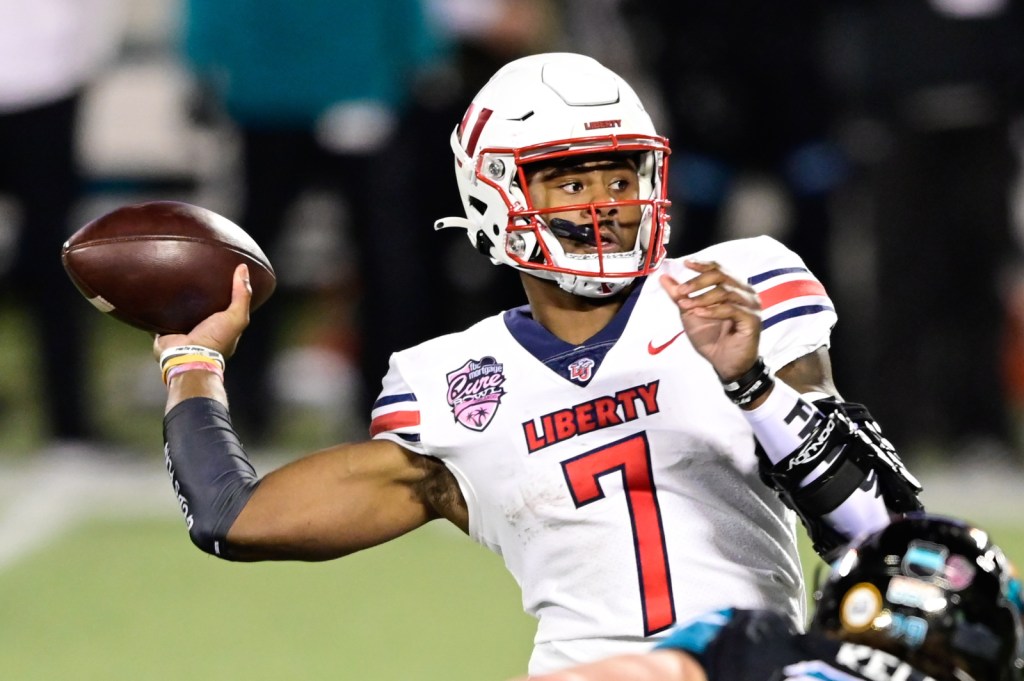 There is a lot to love about Malik Willis. For starters, he is an incredible athlete. Willis is elusive in the pocket and is a more than capable rusher. I wouldn’t necessarily say he looks to run but he is highly effective in the open field. Malik leads the flames in rushing yards with 655 through seven games and is averaging 6.2 yards per carry. Secondly, he has a rocket launcher for an arm. There is no throw that Willis can’t make. Whether on the run or in the pocket, he has demonstrated the ability to fire balls into tight windows at every level of the field. One big part of Malik’s game is his big-play mentality. Being gifted with such a big arm and freakish athleticism leads to Willis always wanting to take big shots downfield. This mentality is both a blessing and a curse, however. Willis will try to fit balls into tight windows down the field and sometimes, it leads to turnovers. Malik needs to learn when to take what he is given underneath or when to just throw it away. Luckily, this type of discipline is something that can be taught easily in the NFL with a good coach. Another area of concern is the level of competition he has faced. He is facing teams like Old Dominion, Troy, and Cambell on a weekly basis. These aren’t exactly teams full of four and five star recruits. Malik Willis was a three star recruit who originally played for the Auburn Tigers in the SEC but once he realized he wouldn’t start, he made the move to Liberty. The Flames will face the Ole Miss Rebels on November 6th and the Louisiana Ragin’ Cajuns’ on November 20th. These games will answer a lot of questions regarding Willis and will be reveal whether he is tearing up these average teams or if he can hang with legitimate competition. 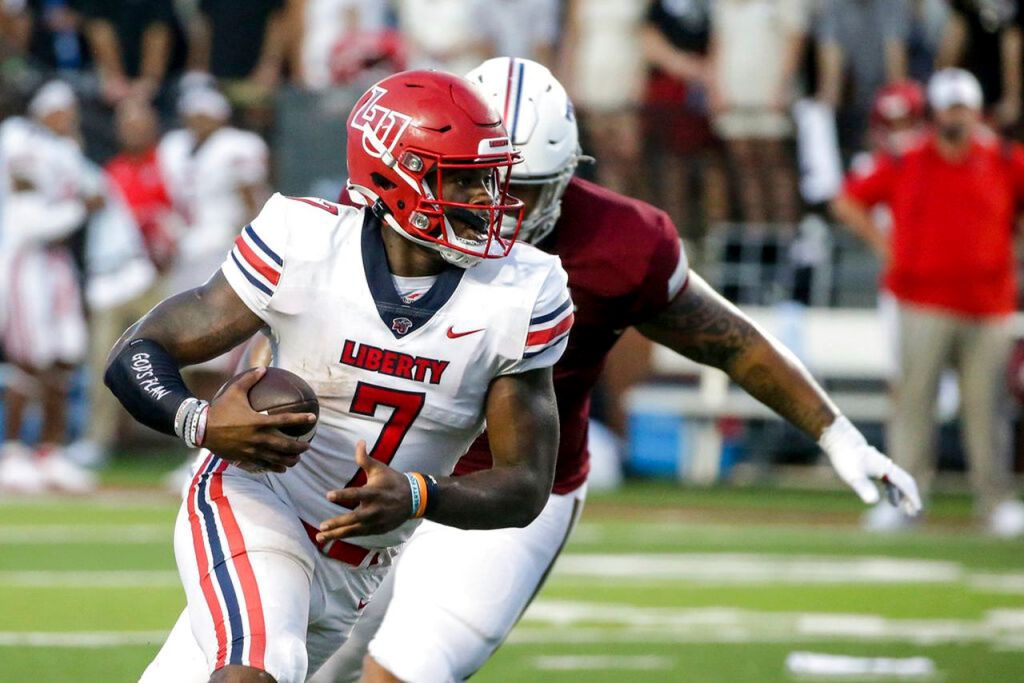 Malik Willis is a raw prospect who will be best served to sit a season as he adjusts to the level of competition and learns how to be an effective pro passer. However, the upside of a guy with the athleticism, arm strength, and quick twitch play style of Willis is something that will have scouts watering at the mouth. Willis reminds me a lot of a guy like Cam Newton. Someone with great physical tools and passing prowess who has exceptional athleticism that allows him to bolt when needed. If Malik Willis can put up two good performances against Ole Miss and Louisiana, can run a 40 yard dash around the 4.4 range, and can reign in the turnovers a bit, he can will un-doubtedly be the first passer off the board and could maybe keep the streak of quarterbacks in the top three going.