The NFL is known for its historic team names. There is so much rich history when you say “Cowboys” or “Packers”, but then I thought to myself, “what if the teams got new names?”. For some, it was hard to think of new names, but others, it was a piece of cake. I tried to make the new team name based off of the city, culture, or climate. Here is my version of a new NFL and what the new NFC would look like: 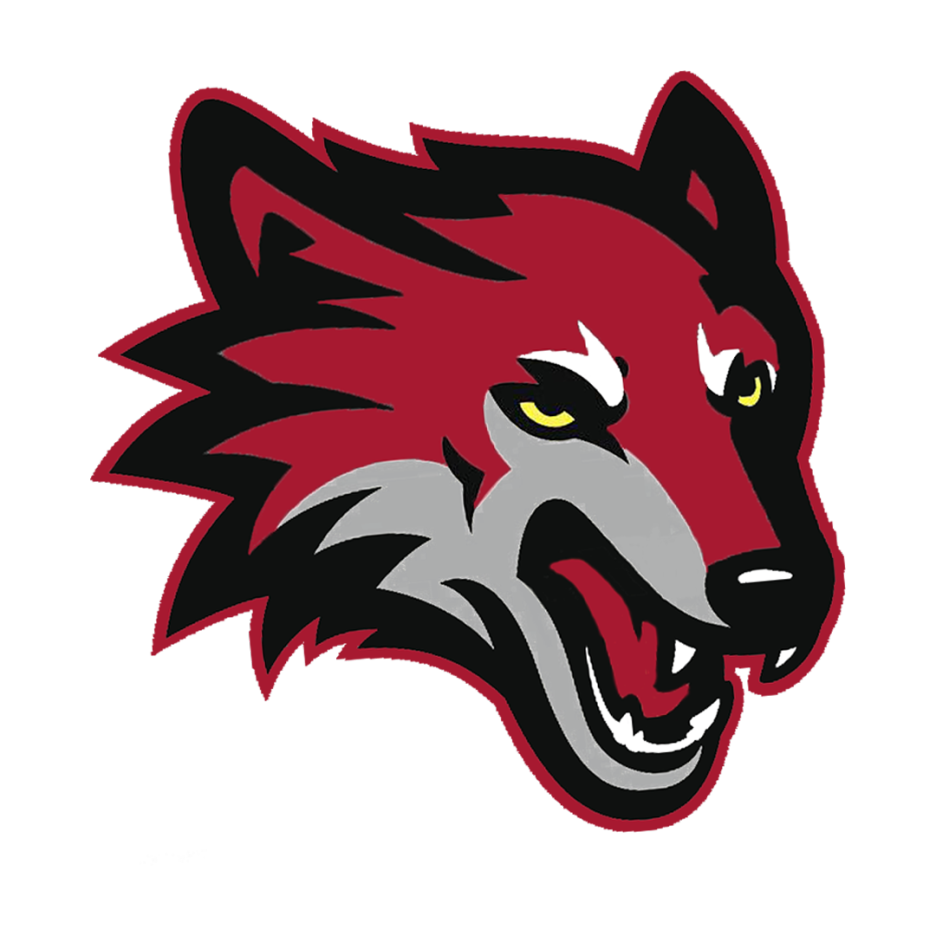 Coyotes have become more and more popular over time in the state of Georgia. They can now be found almost statewide. They weren’t popular at a certain time and were found rather unique in Georgia. Since they can be found almost anywhere now, they represent the state in a way. Although the risk is minimal and coyotes aren’t much of a threat, they are still fierce animals ready to attack their prey. 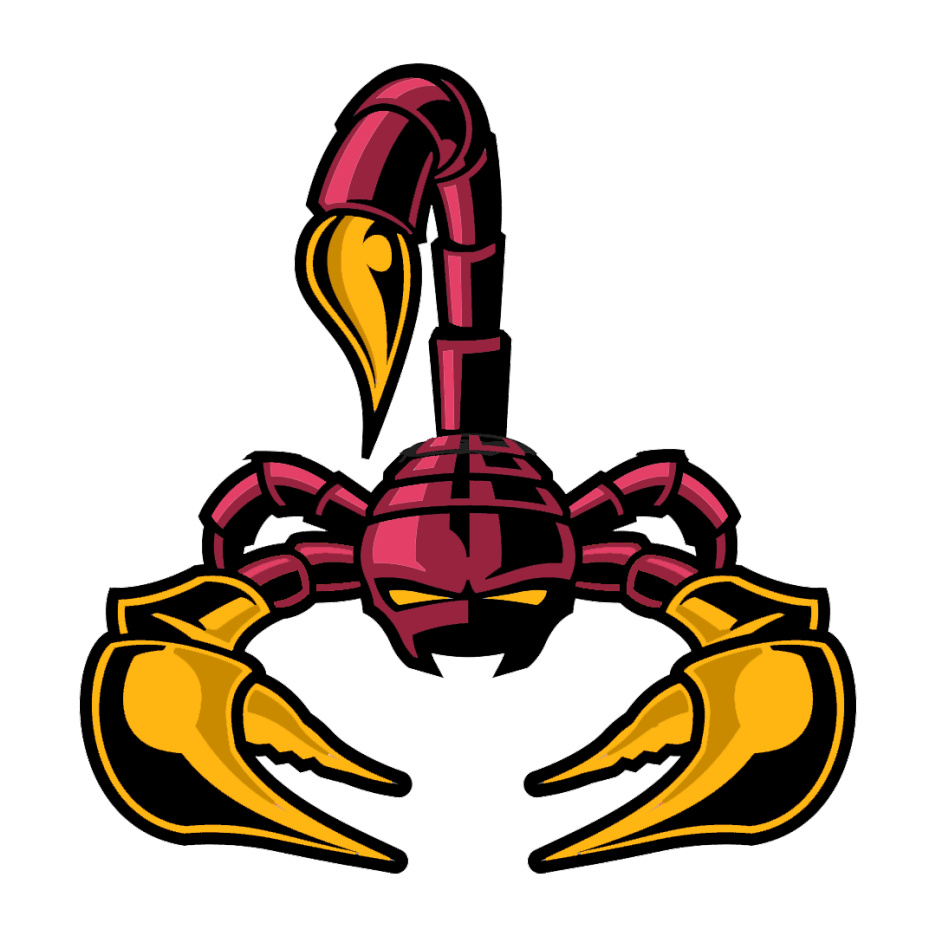 Cardinals in Arizona? Not really a solid name, but Scorpions make much more sense. Arizona is basically a desert, so it’s only fitting if they are named after an animal that lives in that type of environment. Kyler Murray is fast, and with that kind of offense, it feels like then can sting you at any moment. 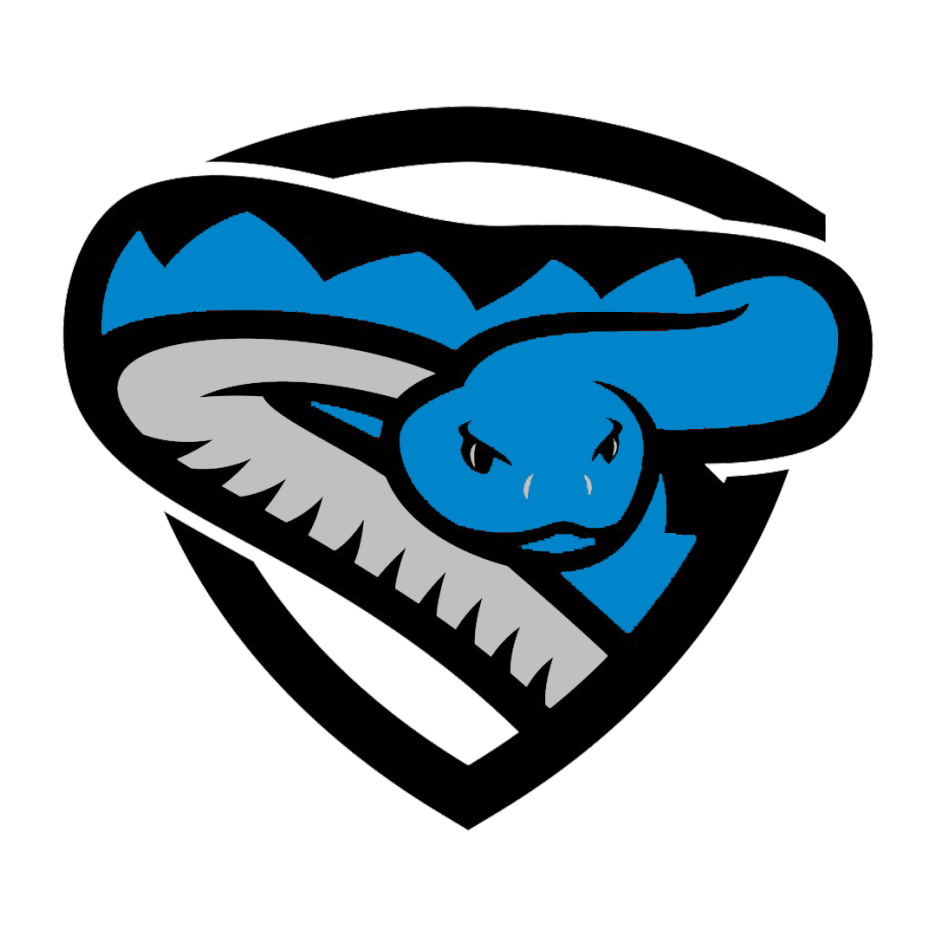 Carolina Panthers were actually considered extinct at one point by most zoologists. They might have named the team after an animal who once roamed their land. I guess it might’ve been a way to honor the animal? Instead of continuing their tribute, I went in a different direction. Similar to the Coyotes, Copperheads can be found statewide and are the most common venomous snake in North Carolina. Venomous is fitting because it stuns its prey, just like a football team stun its opponents. 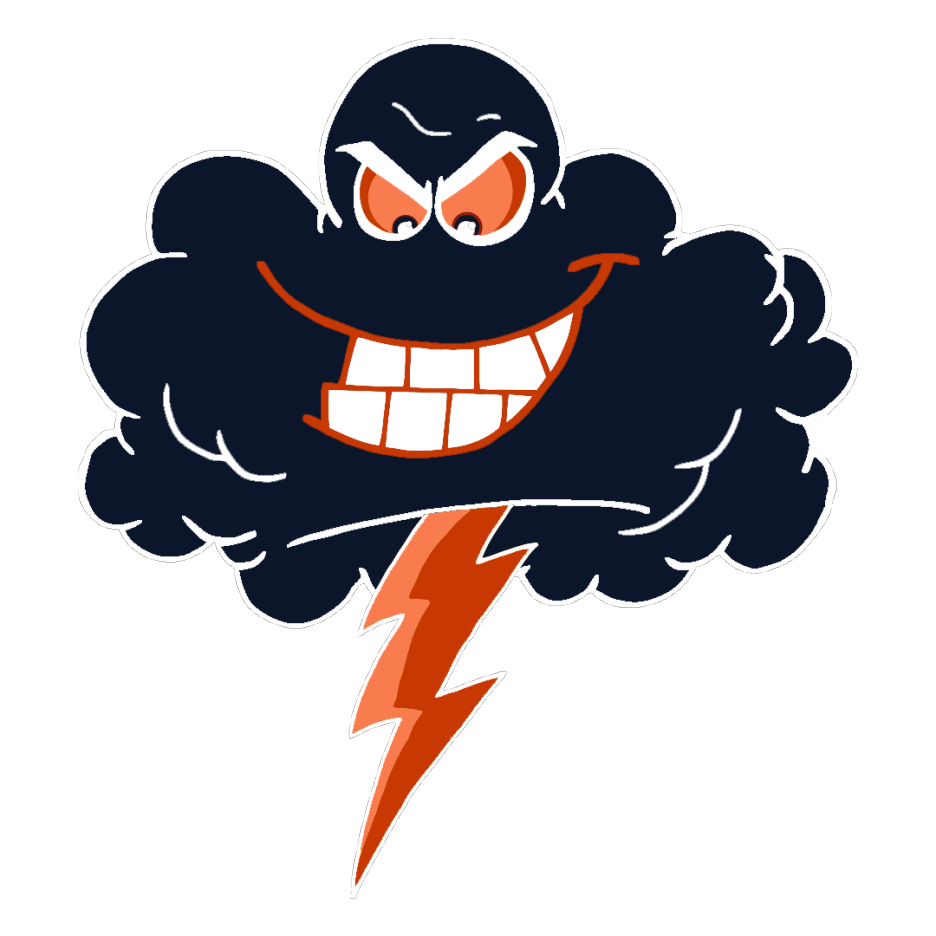 It’s cold, chilly and downright freezing in December when you’re in Chicago. The “Bears” is a good name, but they usually hibernate during the cold months. The new logo doesn’t have strong winds showing, only a lightning bolt. Usually partly cloudy all year round, it’s only best to have a little storm brewing to electrify the city and the football team. 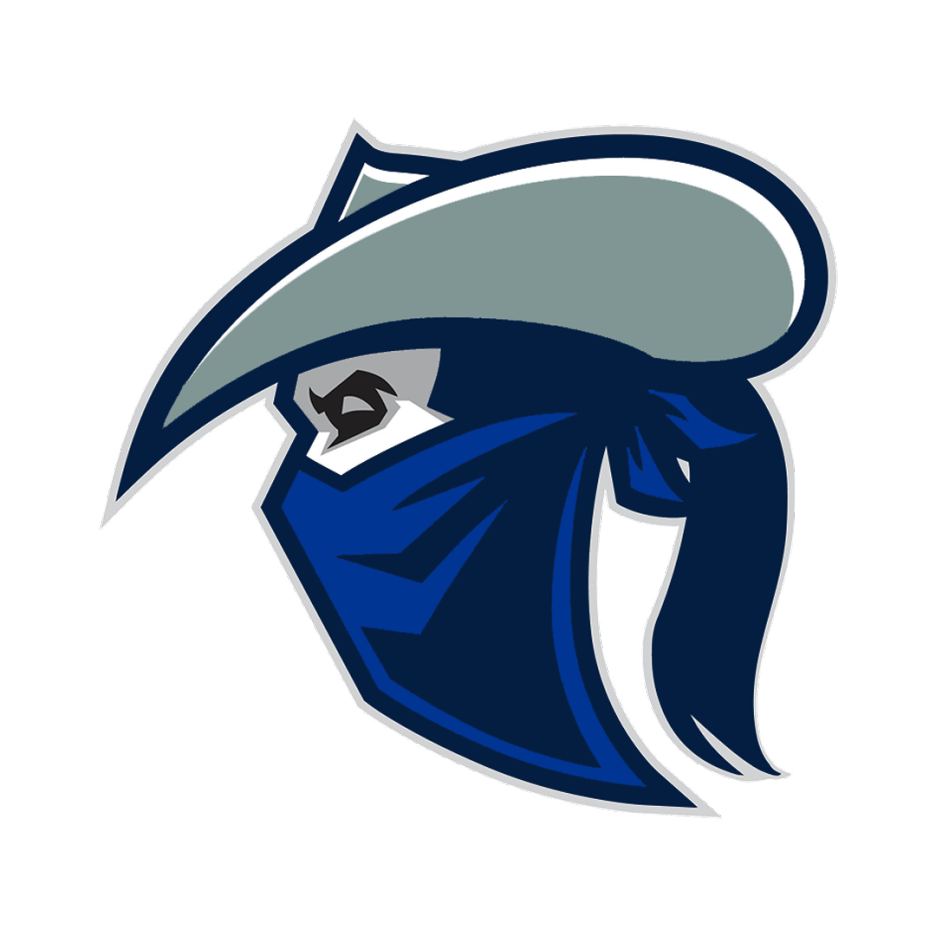 Let’s keep the theme of what Texas is known for: the Wild Western Culture. Instead of a cowboy, I went with a bandit. Although they are similar and there is minimal change, a bandit is more sneaky and can be considered both a criminal and a robber. Keeping the same color scheme, the Bandits are the new face of Dallas football. 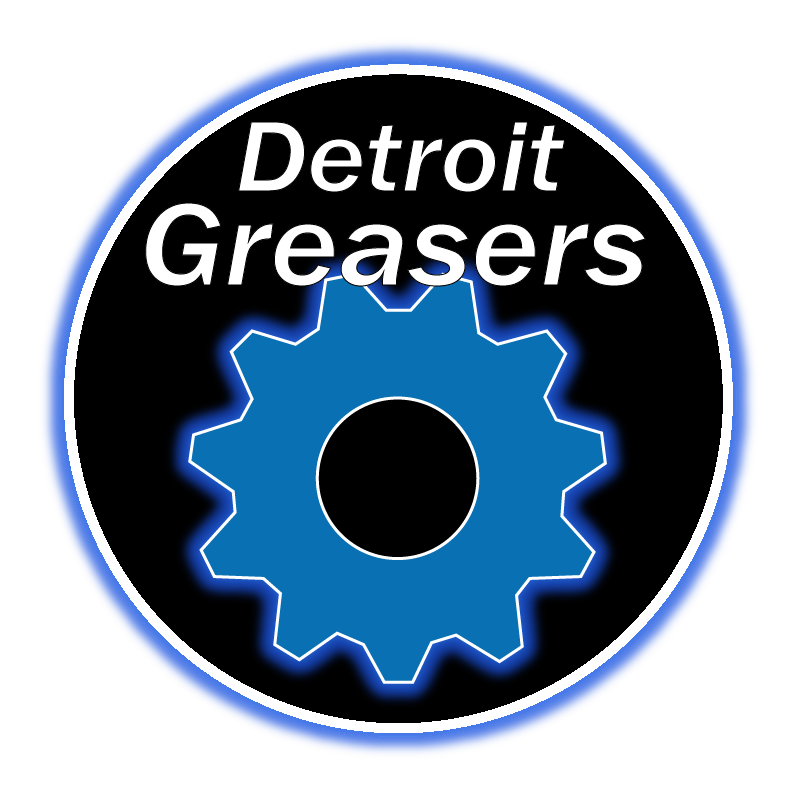 The motor city has to be represented. Period. Detroit was the home of the booming of the automotive industry, so choosing a Lion isn’t fitting. A greaser is one who works on cars and engines. They’re hard workers and ready to get their hands dirty. Their stadium name is Ford Field too! The engine of the team will always be tuned up and ready to go, just gotta change the oil once in a while… 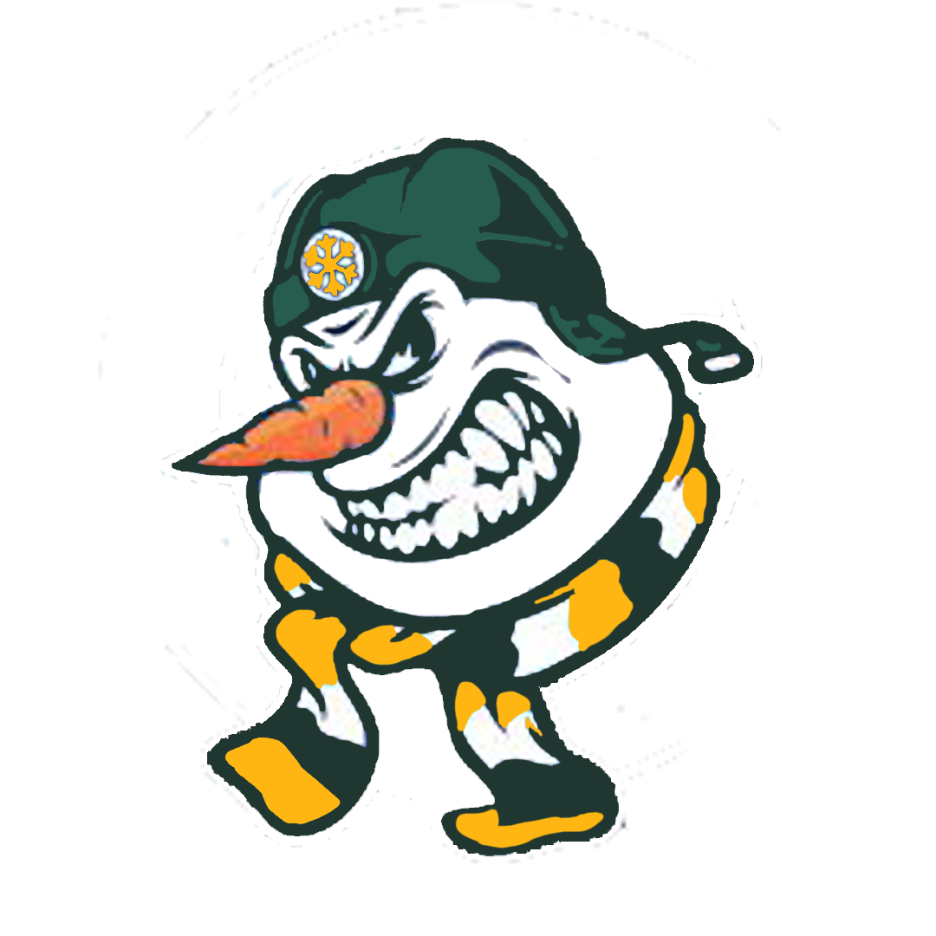 Similar to their rivals in Detroit, it is cold in Green Bay. For example, in the 2007 Conference Championship game against the Giants. Tom Coughlin’s face was so red I was surprised he didn’t lose the ability to move it. Yes, the Packers’ name is significant to their history, but not many people know exactly what a packer is. On the other hand, the majority of people know what a blizzard is. It just makes sense for this to be the real team name. 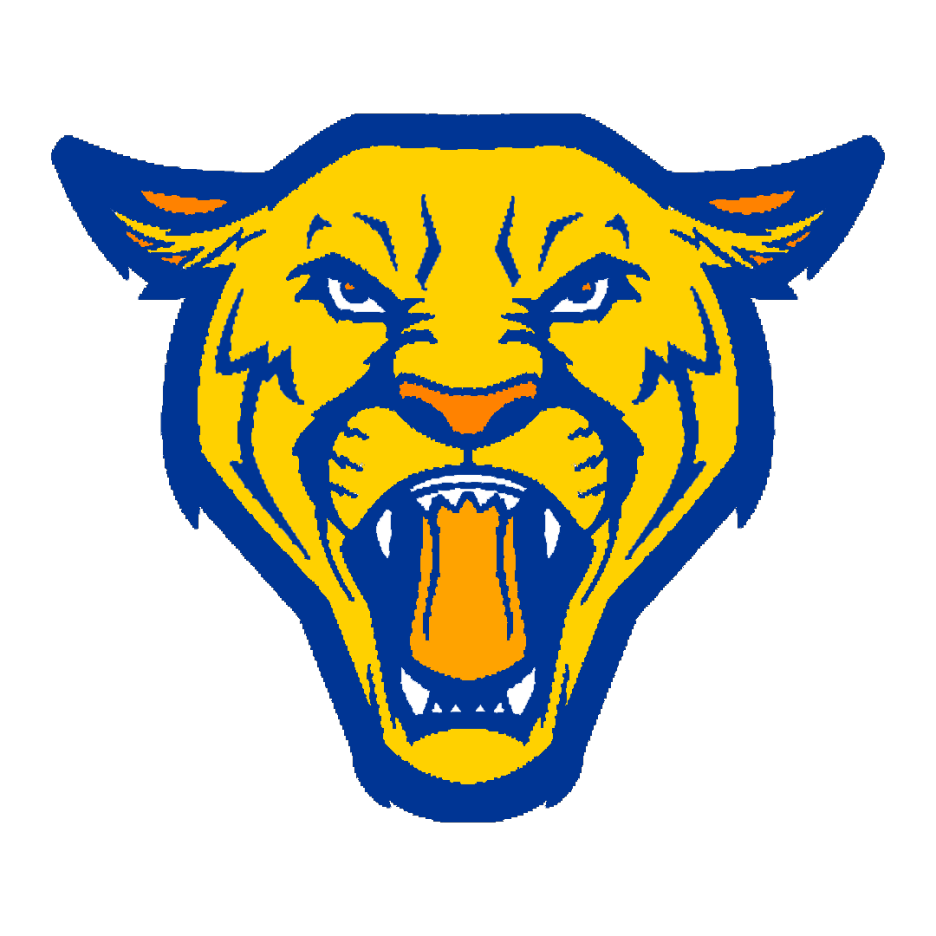 Again, another animal. Cougars (or mountain lions) are native to the state of California, so having them represent a Cali team is only fitting. They are quiet animals that don’t want to be seen, which is difficult in a major city like Los Angeles. They are smaller animals, but don’t judge a book by its cover. 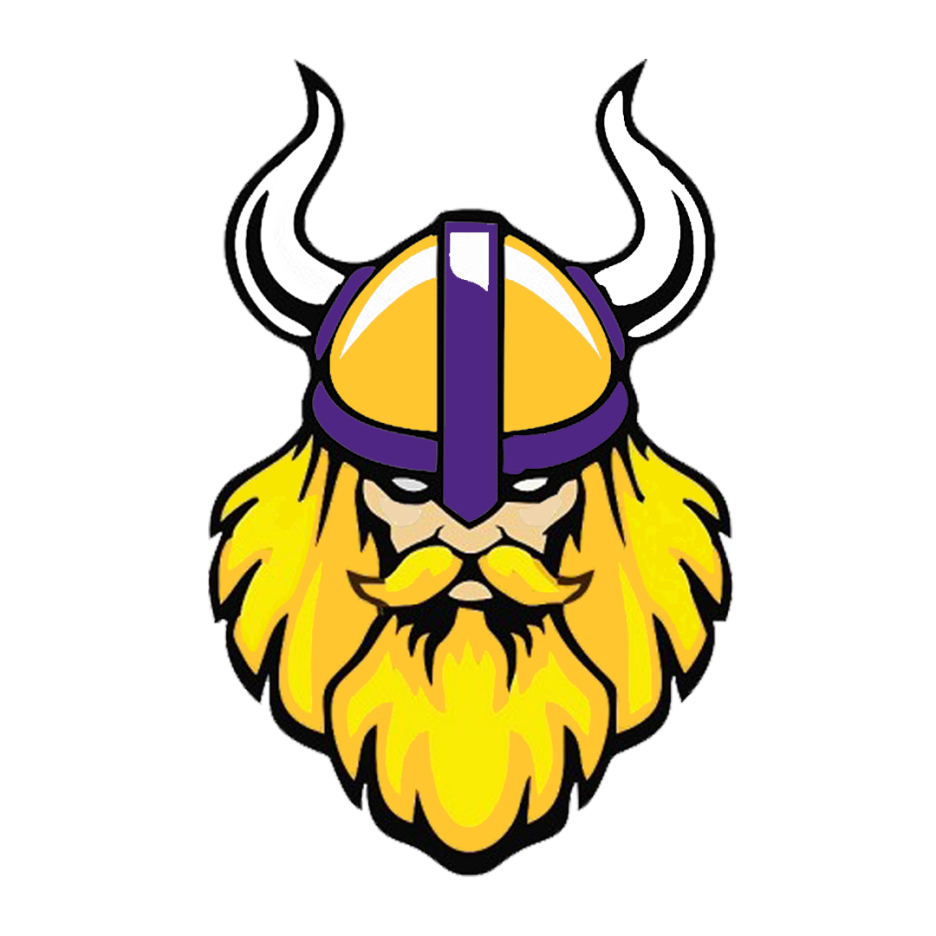 Similar to their cousins in the Vikings (Kirk…Cousins…get it…ok, I’ll stop), the Voyageurs also looked for new land and potentially new places to live. The Vikings got named after Scandinavian-American culture, a part of Minnesota’s history. The team could’ve been named the Voyageurs, but they went with Vikings instead. So, to see what it would’ve been, I chose the Voyageurs to honor a name that wasn’t chosen. 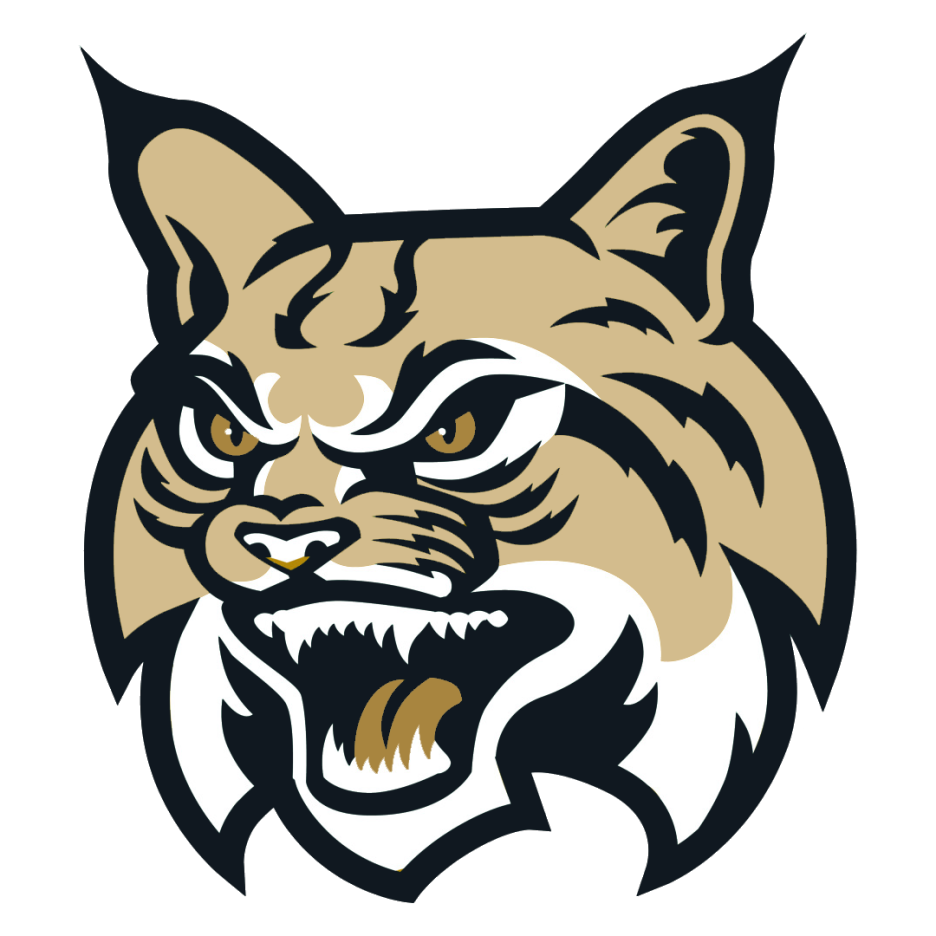 If you caught onto the theme by now, I have chosen to go animal-oriented with my team names. I like the Saints’ name for New Orleans, but we’re changing it to make more sense. Bobcats are common to find in the wildlife as well as in Louisiana’s preserves. The color scheme also fits because a bobcat has the same colors as the Saints’ original logo. The thing is, with a bobcat, you can’t tell if it’s nice or not. These aren’t the cats you would mistake for being a household pet, because they are fierce with that roster. 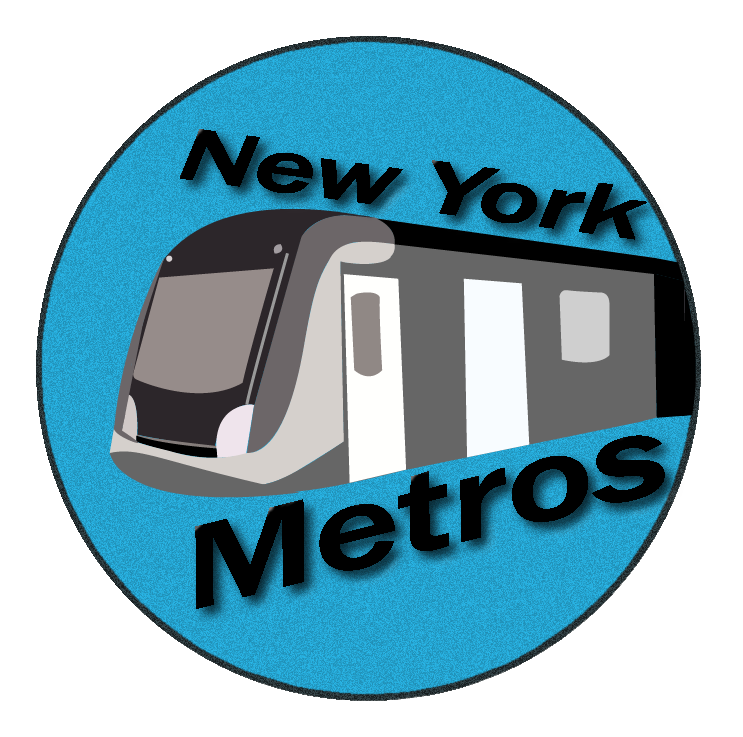 New York is a busy city. It’s filled with people and white-collared workers who work their 9 to 5 on the daily. Underneath the busy streets, there’s a train system that gets the people of the media capital of the world to their destination. The subways are fast-moving, which is perfect for what New York has in Saquon Barkley. People in this city are also on “New York time”, so things must be done in an instant. 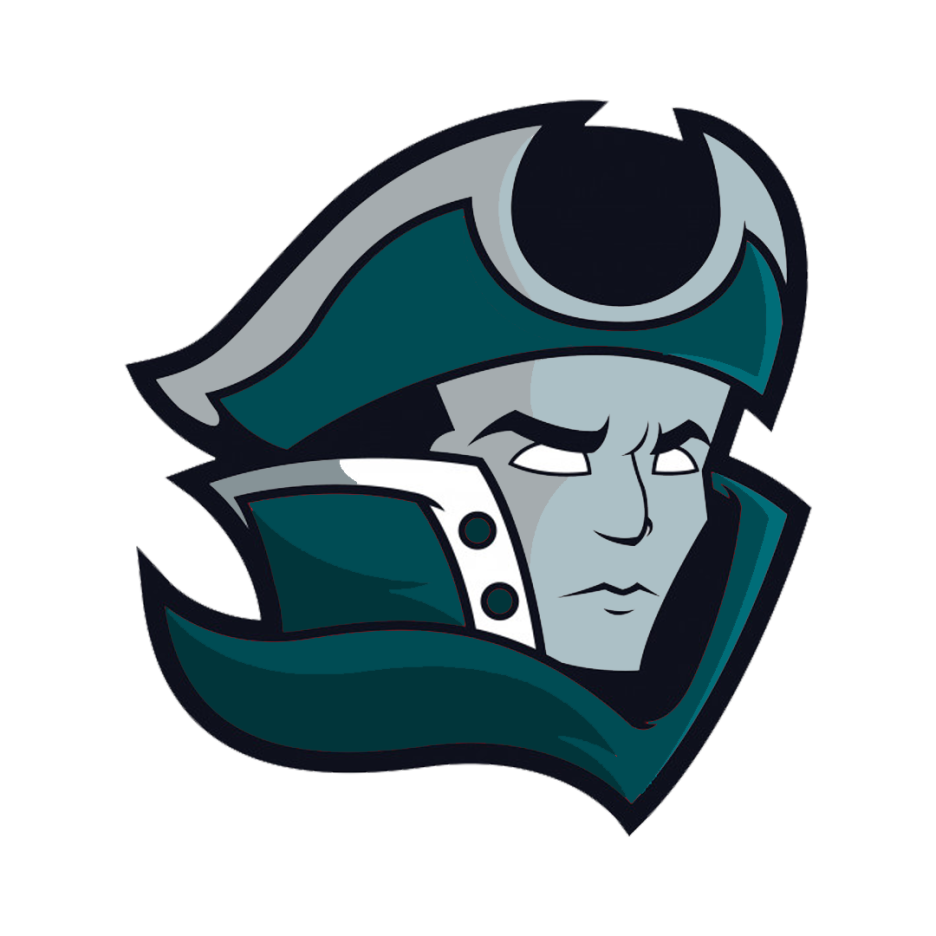 When you think of Philadelphia, you think of people burning down trees and climbing light poles to celebrate a Super Bowl victory. Let’s get that image out of the way and focus on the rich history. Philadelphia is known for its connection to the Revolutionary War time period. People who first traveled over to the newly-found land were in colonies. Colonials is another term for the people who fought in the war, so it’s fitting that this is the name for one of the first 13 colonies. 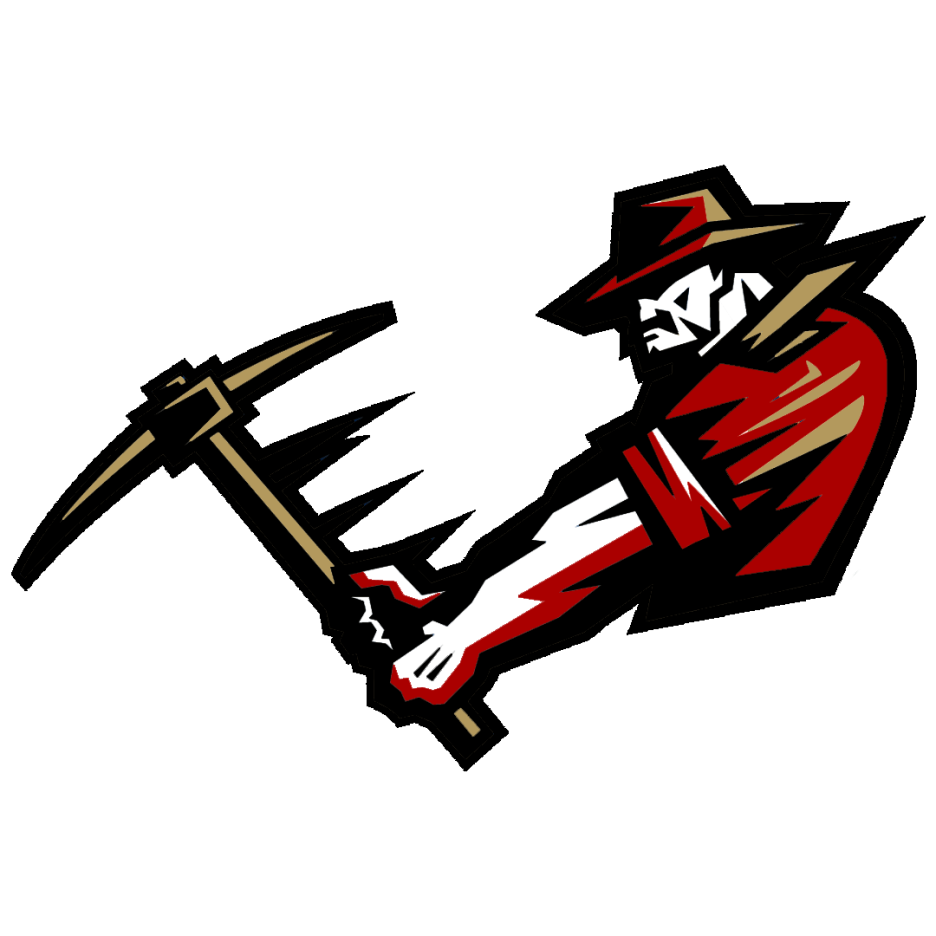 This one I kind of got lazy with, but it fits…right? The 49ers came from the California Gold Rush in 1849. If you don’t know your history, it might be a little confusing as to why they’re called the 49ers. I made it easy on those who don’t like studying history and just called them the Gold Miners. It’s the same thing, but it focuses more on the gold rather than two numbers. Thank me later for making it a little more clearer for the younger audience of the NFL that doesn’t know much. 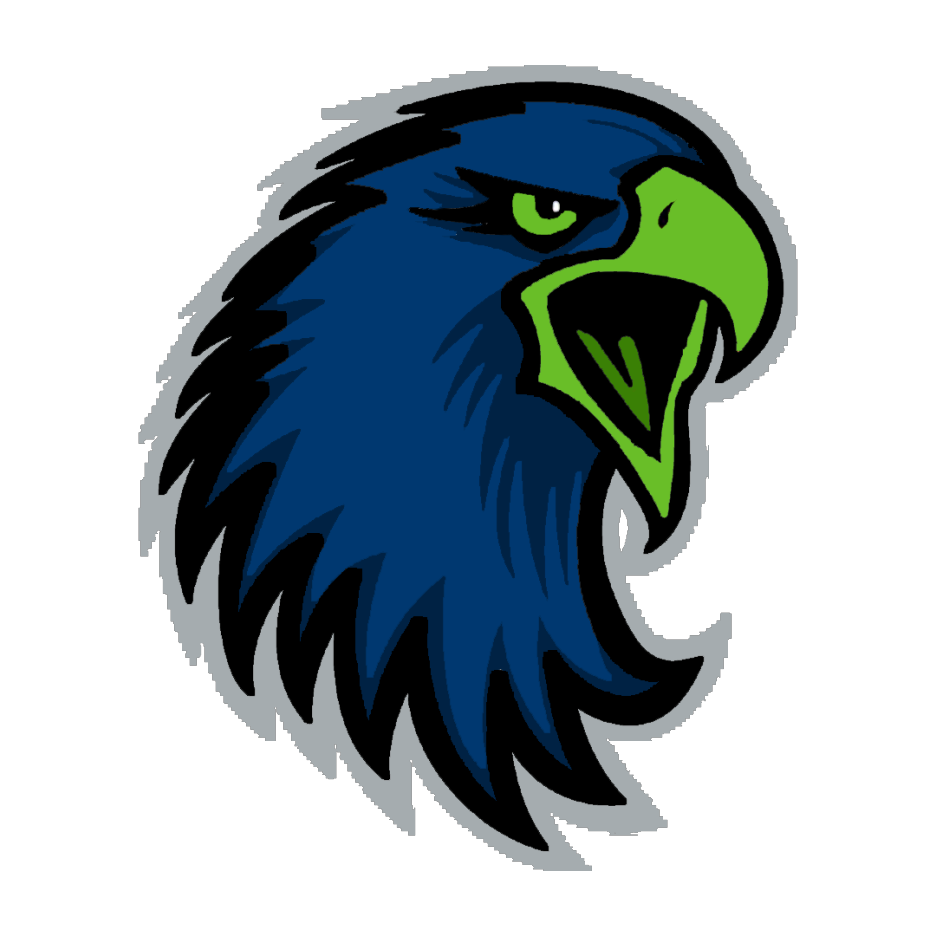 The Seahawks’ name is probably one of the most unique in football. It has a good ring and it flows smoothly when you say it. I kept this one in the air (get it?). That stadium is known for its noise (thanks to its designers), so it should have a high-flying mascot. The state of Washington is also home to eagles. There is a variety of species that nest there, like a bald eagle or a golden eagle. I compiled both and others and just named them the Eagles. This doesn’t change much, considering the logo should just be a 12, but it’ll do for now. 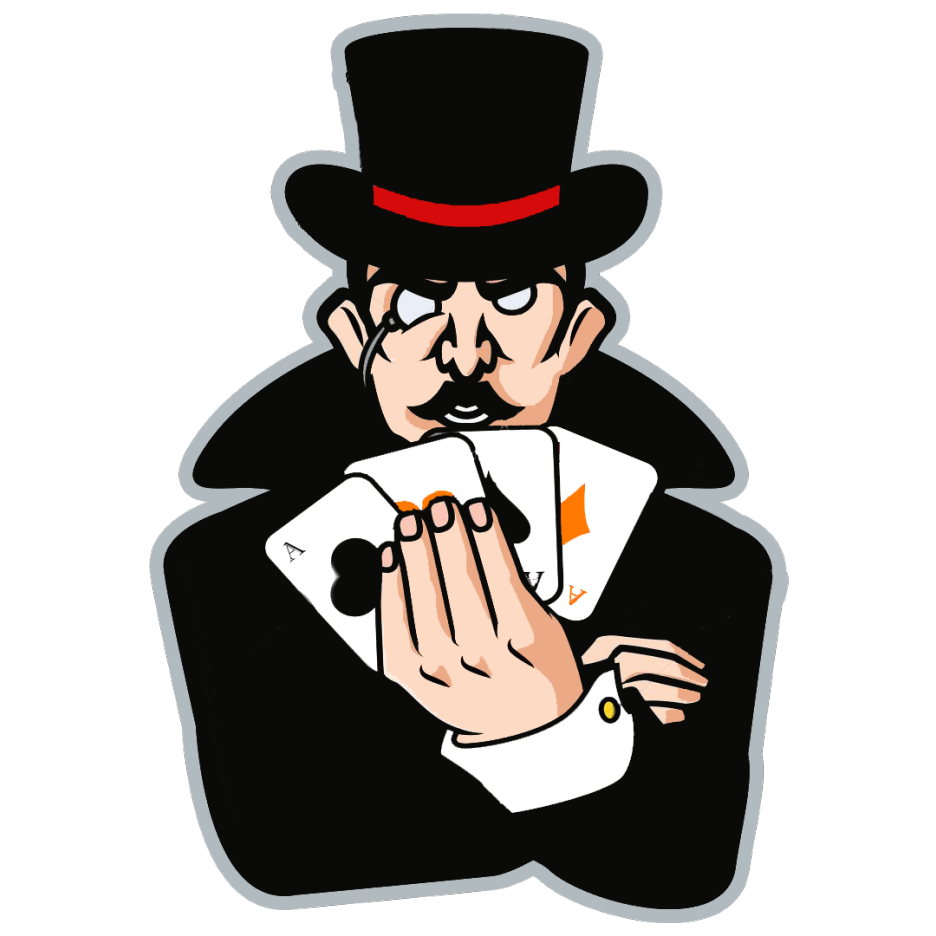 Just over an hour away is Orlando, home of the Magic. However, the Tampa Bay Magic are of a different kind. It’s more of a mad-hatter-type magician. It’s fitting, considering the team they have right now. There are lots of stars and breakout players on that roster, so Bruce Arians has the power to pull anything out of his hat (maybe a Super Bowl?). 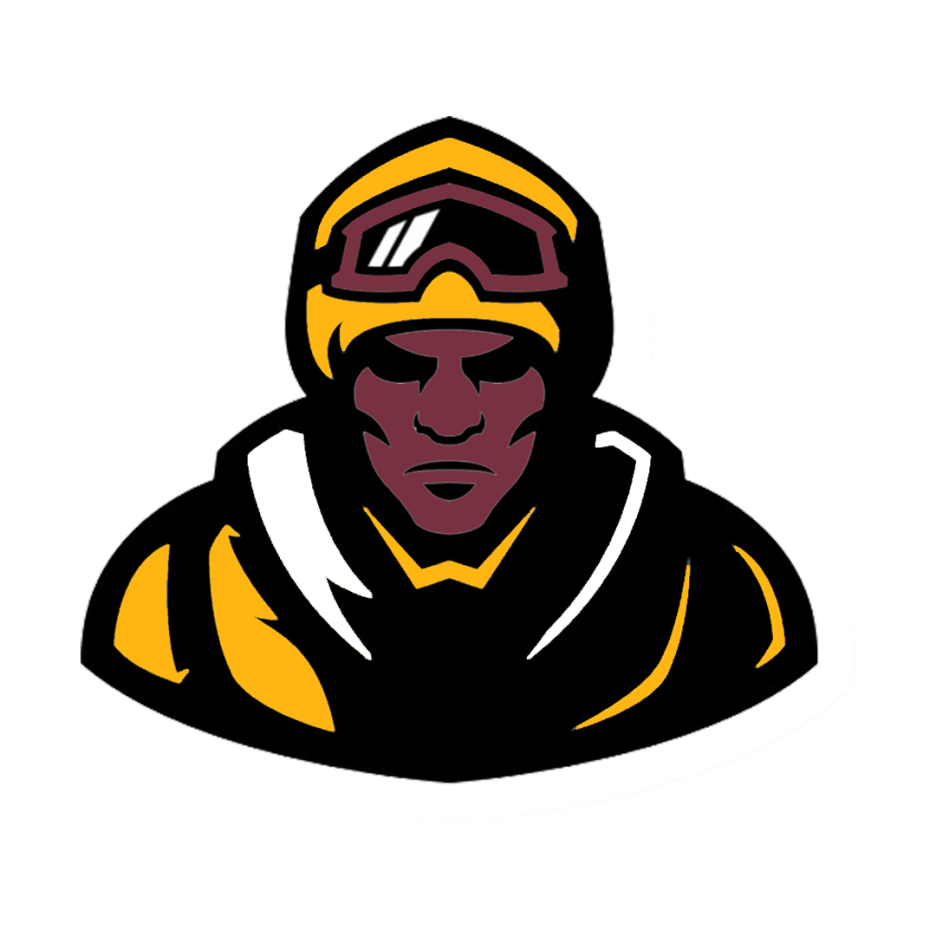 Ok, I didn’t mean to make it the new team, but at the time of creating the name, the Redskins were still the Redskins. Who knows what they will be from now on, but hopefully this gets noticed and someone agrees with me. It’s only fitting for the nation’s capital to be represented by a general of the army.