Free agency is underway in the MLB as several big-name players have already signed to new teams. Furthermore, these deals have already been discussed and dissected by the MLB media. At the Sports Wave, we will go over the big names that have signed so far and the future for current free agents. If you want to read or hear more about the MLB check out the Sports Wave website and Instagram page.

Arguably the biggest signing of the offseason so far, ‘Mad Max’ has decided to take his talents to Queens for an average of $43.3 Million a year. The largest AAV for any contract in the MLB. Since making the World Series in 2015, the Mets have been relatively quiet in the offseason. Steve Cohen is trying to flip that narrative around with a handful of large free-agent deals. However, will Scherzer pay off? According to Baseball-Reference, through his final 11 games with the Dodgers, Scherzer had a mind-blowing 1.98 ERA, .820 WHIP, and a 1.96 FIB. I have no doubts that Scherzer can replicate that with the Mets. 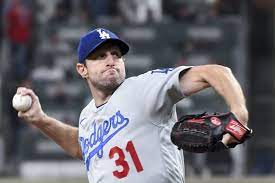 For the Mets, a playoff run seems inevitable with deGrom and Scherzer at the top of the rotation. However, they need to reach the postseason first for that dream to become a reality. Their starting rotation currently boasts Scherzer, deGrom, Taijuan Walker, and Carlos Carrasco. Will that be enough with some younger arms coming in, or will they need to bring in another arm? Stroman is unlikely to return, and with many of the big-name pictures gone, the Mets might have to look inward for improvements. Although, with a projected payroll at a whopping $272 million and more coming, the Mets certainty are trying to win and win now. A great grab for the Mets.

The current Cy Young winner Robbie Ray strikes gold with the Mariners and gets a big payday. Although it is weird to hear the Mariners make such a bold move, it should surprise no one. After an awe-inspiring 2021 campaign where Ray threw for a 2.84 ERA, 1.045 WHIP, and a 3.69 FIB, it was vividly clear that Ray would make bank from any team looking to upgrade their pitching core. However, most, including myself, did not expect that team to be the Mariners. Yet, after the big signing of Adam Frazier on Saturday, the Mariners are clearly looking to retool for a playoff run in 2022. Will Ray be enough? Time will tell, as the Mariners still need to acquire a big bat in the middle of the lineup. However, the Mariners are winners in this deal.

After losing Robbie Ray to the Mariners, the Blue Jays go out and sign Kevin Gausman to a very similar deal. Gausman was very impressive in 2021 for the Giants, and some perspectives, better than Ray. He threw for a 2.81 ERA, 1.042 WHIP, and a 3.00 FIB despite struggling a bit late in the season. Furthermore, he was one of the main reasons the Giants had so much success in 2021, as he was a starter that was relied on heavily throughout. However, the addition might not be enough for the Blue Jays. The loss of Marcus Semien is brutal, and so is Robbie Ray. Watch for the Blue Jays to grab another player in the lineup like Kyle Schwarber or Eddie Rosario. 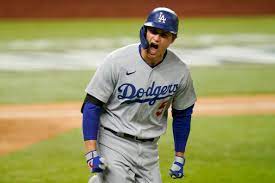 Wow, what a pick-up by the Rangers. A fair portion of the MLB media considered Seager the best free-agent signing, but most did not expect the Rangers to land him. However, if you’re Seager, how are you turning that deal down? Despite missing some time from injury and two years removed from Tommy-John surgery, Seager still hit for a slash of .306/.394/.521. Additionally, Seager played a vital role for the Dodgers to receive an invitation to the playoffs. In August and September, Seager hit for a godly .335/.419/.600. He would have won MVP with those numbers. All-in-all, the Rangers show they are not playing around this offseason. However, will these moves be enough? Not with that pitching.

In other news, the Rangers are looking to become the first team to play only shortstops. In actuality, it is more likely that the Rangers move Semien to second base to reduce the potential for injury. Nonetheless, it is another big-time move by the Texas Rangers. After finishing third in the MVP voting, Semien was looking for a big payday with a slash of .265/.334/.538. Although it wasn’t until 2019 that he started to produce significant as a hitter, Semien still proved his value in 2021. The improvement in the offense could not come at a more considerable time for the Rangers. In 2021, they finished 28th in runs scored (625) and slugging percentage (.375), 29th in batting average (.232), and last in OBP (.294) and OPS (.670). The Rangers are desperate for some offense, and it looks like Semien and Seager can provide that spark.

The Tigers make a huge splash in free agency by signing the 28-year old shortstop from Puerto Rico. With Spencer Torkelson and Riley Greene set to make their debuts next season, the Tigers, all of a sudden, become dark horse candidates to win the AL Central next year. However, that is a big if, and the Tigers will need a big year from Baez to make that happen. In 2021 Baez had a slash of .265/.319/.494 while leading the league in strikeouts with 184. If the Tigers genuinely believe they are ready to win now, signing Baez is a massive step in that direction. However, many, including myself, believe that money could be spent with better discretion. With Correa, Freeman, and Story still available, the money could have been used to legitimize their hitting further. However, the move still puts the Tigers in a good position moving forward. 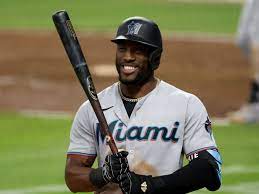 The Mets started free agency with a bang by picking up a great defender and better hitter in Starling Marte. Unless Michael Conforto decides to return suddenly, the Mets were desperately looking to improve their outfield. The man they turned to was Starling Marte. In 2022, Marte hit for an impressive slash of .310/.383/.458, which calculated to a WAR of 4.7. Although he is 33, Marte has shown no signs of slowing down and even improved his walk-to-strikeout percentage. Additionally, the signing indicates that the Mets are not messing around in free agency. While the moves do not pan out, nobody can blame Steve Cohen for not building a championship roster. With Marte, the team will look to make the playoffs for the first time since 2016.

The MLB world has seen a crazy week and a half of signings with so many teams making big moves to improve. Better yet, there are still so many players left unsigned. Correa, Freeman, Story, Bryant, and Stroman, just to name a few, haven’t signed yet, and all are expected to get huge contracts. However, with the impending lockout, the fun of free agency might be coming to an end. If the Players Association and league agree by December 1st at 11:59 p.m. ET, the fun will continue. Sadly, it does not look that way as the two sides still have not consented. In the meantime, we discuss and reminisce on the bruhaha over the past two weeks in the MLB.