On February 2, 2020, the 49ers were under 7 minutes away from football nirvana. All they had to do was hold the Chiefs’ offense to under 10 points with 6:17 left on the clock; Kansas City scored 21 points in that time and won the Super Bowl 31-20. So, it’s back to the drawing board for John Lynch and company, because everyone is at square one come November.

So, what offseason moves did the 49ers need to make to get another chance at the title? In my opinion, nothing. All they needed to do was not mess up their elite defense or offensive line, and that’s what they did. Their starting defensive unit from last year remains almost unchanged, and the one departure, DeForest Buckner, was replaced in the first round of the draft with what could turn out to be an upgrade.

But then, their star offensive tackle, Joe Staley, retired in the middle of the draft. So, what does John Lynch do? He goes out and lands Trent Williams, who has been a Pro Bowler in each of the last SEVEN seasons, for only a 5th and a 3rd to slot into that tackle role. Now, their already-stacked offensive line has somehow improved, their top-tier defense remains nearly untouched, and they’ve added 4 offensive players through the draft, one of whom will be an instant starter and impact player. The team has done everything in their power to remain the top dog in NFC, and their most important additions happened on draft night. So, let’s take a look at these picks.

Javon Kinlaw is a nightmare for interior linemen and will prosper playing on the 49ers’ already-talent-ridden defensive line. But, who did the Niners trade in exchange for this pick? Deforest Buckner… their star defensive tackle.

This whole process just seems strange and inconvenient. The 49ers had a proven Pro Bowl defensive tackle in Deforest Buckner. Among 49ers players last season, Buckner ranked 4th in total tackles, 3rd in sacks, and 4th in forced fumbles. Buckner was an integral part of that top-2 defense last season, and they traded him for his unproven replacement.

The main factor that influenced this decision was cap space. The 49ers were running low on funds, and George Kittle and Nick Bosa’s renewed contracts won’t be cheap. There were a few players that the 49ers could have traded; Soloman Thomas would have been my ideal choice. Thomas is the least valuable member of the Niners defensive line, and he doesn’t even stay on the field all game. Dee Ford replaces him in passing situations.

Thomas is set to make 7 million dollars next season and the Niners declined his 5th-year option, meaning he will probably be hitting free agency next season. A Thomas trade wouldn’t have garnered the return that Buckner did, but Buckner is a lot more valuable to that defense, and getting rid of Thomas’ salary would have created an adequate effect in terms of cap space. I’m not saying that Thomas is the only trade candidate that could have worked in Buckner’s place. I am merely illustrating that the Niners had other options that they should have explored in greater detail.

The Niners must have seen something in Kinlaw they didn’t in Buckner, but that’s a big risk to take on an inconsistent player. Luckily, Kinlaw’s issues aren’t with the strength of his opponent, as he bullied Alabama and Clemson linemen last season. He uses an ideal combination of speed and strength, great hand quickness, a powerful club move, a strong initial burst, and a brutal bull rush to beat opposing linemen. However, he also can be taken out of plays completely.

He relies way too heavily on his physical gifts. There are a million things wrong with Kinlaw’s technique that I couldn’t possibly explain, but it isn’t hard to see that he lacks structure. He looks like a gorilla just clawing and hitting everything in his way without a skillful approach. He needs to develop a more sophisticated block-shedding arsenal and better his technique to compete at the next level.

All in all, I don’t think the Niners made the right call when they traded for the 13th pick. They had a ratified star in Deforest Buckner and they traded him away for a replacement who has obvious ineptitudes. Kinlaw has a ton of upside, but potential isn’t exactly what you want when you are coming off a Super Bowl appearance; you want ensured production, and that is what they traded away in Buckner. 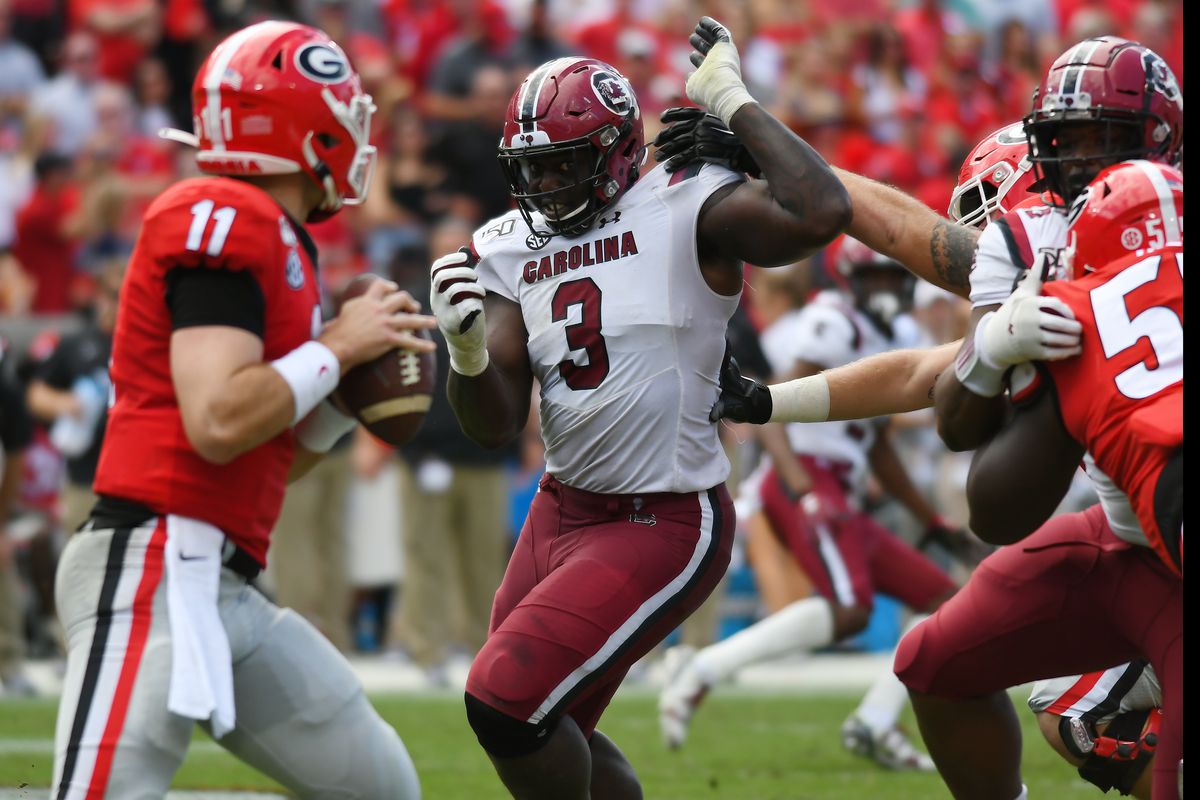 Brandon Aiyuk is a perfect fit for Kyle Shanahan’s West Coast (ish) Offense. Shanahan uses movement behind the line of scrimmage to manipulate the defense and create holes for his receivers. There are a lot of quick reads, short passes, screens, and the occasional deep shot. If I had to draw up what Aiyuk’s ideal playbook would look like, it would probably be something very similar to Shanahan’s.

Aiyuk was called the “Yards After King” in college, because he was the King of YAC (Yards After Catch). He had 1,192 receiving yards last season, 710 of which were after the catch, meaning roughly 60% of his yardage came with the ball in his hands. He can be used as bait on motion plays, he can get open on short or medium routes all game, and he can get great separation downfield. If you refer back to my first paragraph, you will see that he meets almost all of the skills required to be the perfect receiver in a Shanahan offense.

This pick was well spent, to say the least, and I think he could eventually emerge as an offensive superstar under Shanahan. My only reservation with this pick is that they traded away a 4th and 5th-rounder to move up 6 spots, even though there was only a slim chance that any team was going to take him before 31, their original pick. They might have thought the Packers were a threat, but Green Bay ended up going in a completely different direction. I love the pick, but I think trading up was an unnecessary precaution.

If there is one thing that stands out about McKivitz, it’s his toughness. He uses his brute strength to punish opposing defenses and takes pleasure in doing so. Newly-acquired left tackle Trent Williams is in the final year of his contract, and on the other side, right tackle Mike McGlinchey’s contract is up in 2 years. So, McKivitz could be a candidate for one of their replacements, provided the Niners don’t pay both.

McKivitz has played on both sides of the line but has more experience at right tackle, and a few years on the bench could serve him well. This is not a great value pick in the 5th-round, but it will give them a good base to rebuild their offensive line in a few years. 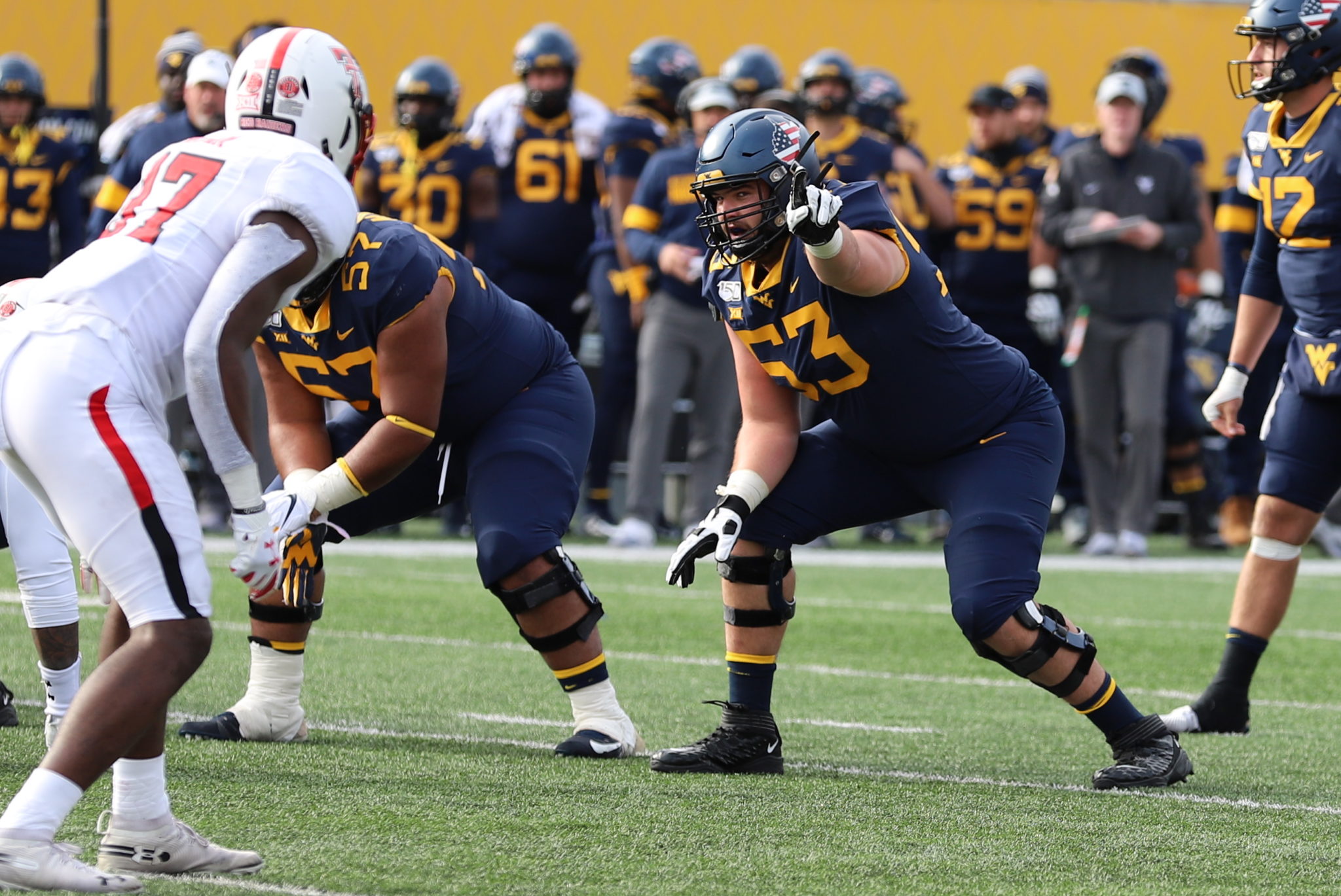 The 49ers may have reached for Woerner in the sixth round, but he could be a valuable addition to their team nonetheless. The Georgia product will slot in as a blocking tight end and possibly as a backup fullback behind Kyle Juszczyk. Unfortunately, Woerner lacks the ideal body type to be an elite blocker at the next level, which could handcuff him to a backup role. Once again, this was not a great value pick but adds depth and a possible future starter at fullback once Juszczyk is gone.

Jauan Jennings isn’t the prototypical Shanahan wideout, but the depleted 49ers receiving core could use some depth. Jennings is a big wideout at 6’3”, 215 lbs, and he doesn’t run well, but he’s got the frame and skillset to be a jump-ball red-zone target if they need him to be. However, his more probable role will be as a blocking receiver.

Either way, I have a feeling this pick was more about depth and less about finding a starter in the 7th-round. However, the fact that the Niners were able to find a player this late who could actually make an impact makes this a great pick. 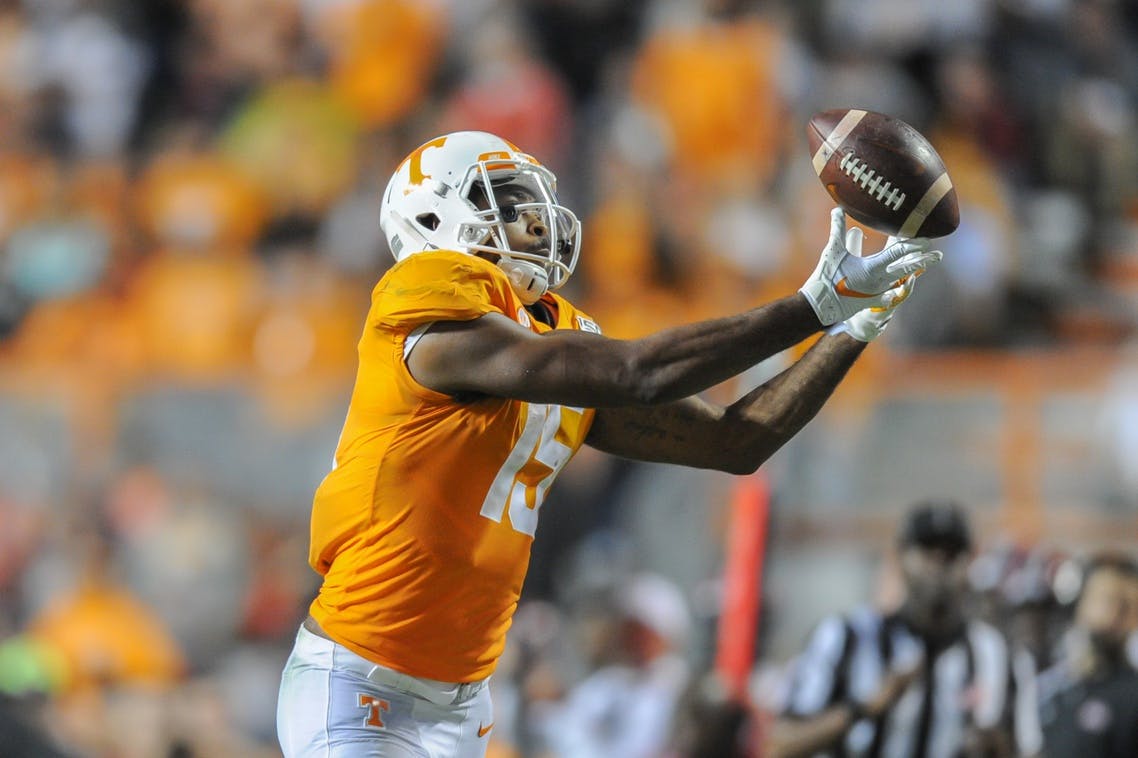 The Niners did exactly what they needed to do this offseason and their most significant moves came in the draft. They found a receiver to fit their scheme, replaced the only notable departure from their defense, and added depth at positions of need. I do think the whole DeForest Buckner debacle wasn’t in their best interest, but I don’t think it will be a big hindrance going forward. In the end, John Lynch made Kyle Shanahan’s job a little bit easier through his decisions in this draft.