Ahmad Gardner, known as ‘Sauce’, turned heads recently. Under-scouted out of high school, he went on to become a prolific character for the University of Cincinnati Bearcats. This cornerback went on to be the 2021 AAC Defensive Player of the Year and a Consensus All-American before declaring for the NFL Draft. Flexible in multiple roles, including playing the slot and on special teams, GMs will have high expectations of Gardner this year.

Preferred Position: Outside CB, but able to play slot effectively.

Ahmad Gardner gets good leverage on receivers both when pressing and not, regardless of man or zone coverage. He makes legal contact at the line consistently, something you don’t find in every prospect at this position. Knocking receivers off their routes regularly, he frequently breaks up plays and uses the opportunity to target the ball. He’s also speedy, in large part due to his longer strides, meaning he can keep pace with the receivers who get away from him early. If he gets a good angle, he’s going to make the most of the play. 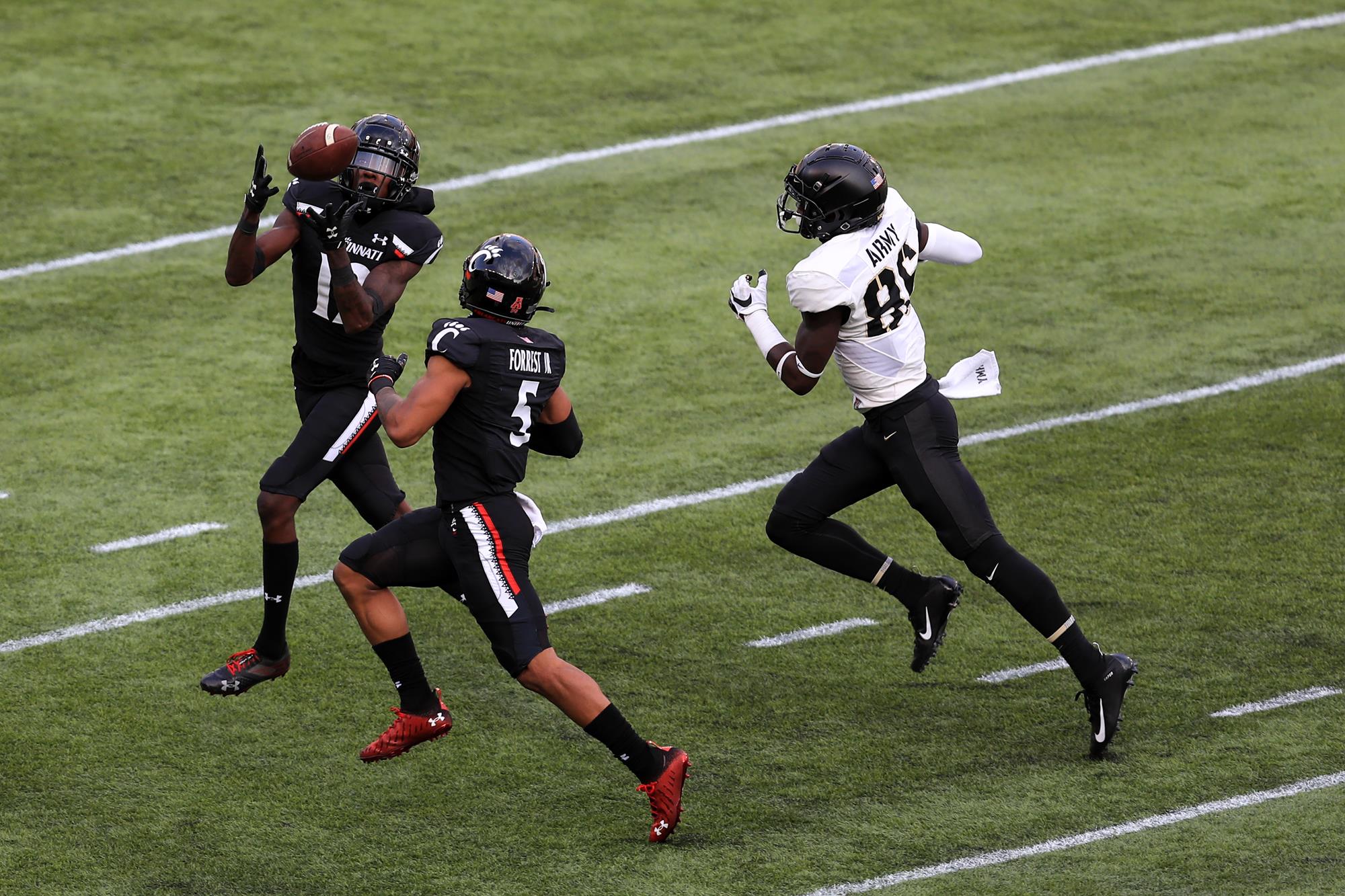 His longer-than-average frame works to his credit, as he can get into passing lanes when playing zone, and a tipped ball is a defensive free play when he’s casting his wide net in the secondary. He has good hands, and an eye for the ball. It shows in his stature when the ball comes his way; No panic, just knock it down and away or jump the route.

With good speed and recognition, Gardner fills running lanes effectively and quickly. Convincing on the blitz and fast enough to force hasty decisions by QBs and RBs alike, he can end plays before they begin. He’s extremely useful for defending outside the tackles in short yardage situations.

Tackling. He frequently looks to wrap and take down but gets overpowered consistently. Partially to blame is his thinner frame, not a correctable issue, but by improving his tackling technique and taking guys down at the hips/thighs instead of the feet, he can mitigate the impact it’ll have on his career. Two areas he can focus on for fast results: His angles of approach and general arm strength.

Much like most taller cornerback prospects, Ahmad Gardner Jr. suffers from having high pads, though the impact of this is mitigated often by his contact at the line. Still, he needs to play lower to combat the issue. A fixable problem, but one that teams will be looking to address early in his post-draft process. Due again to his size, he gets lost on double moves, and struggles changing directions suddenly in man coverage especially.

As always, there’s doubt on Gardner due to the competition he faced in college. He will have to show that he’s not just a big fish in a small pond.

Lastly, he’s a bit too grabby. He drew a lot of penalties downfield, though they did reduce significantly as his college career continued. The hope is that he’s growing out of it, and the numbers we have on display right now reflect that.