Brett Samson is an underrated tight end prospect from the MVFC’s (Missouri Valley Football Conference) University of South Dakota, where he played five seasons from 2017-2021, and he was a solid piece for the Ted Schlafke offense. While at South Dakota, Brett played with current Miami Dolphins quarterback Chris Streveler, and Austin Simmons, a member of the CFL (Canadian Football League) Toronto Argonauts, showcasing that he can handle working with high quality arm talent in college.

For more scouting reports from The Sports Wave, click here. 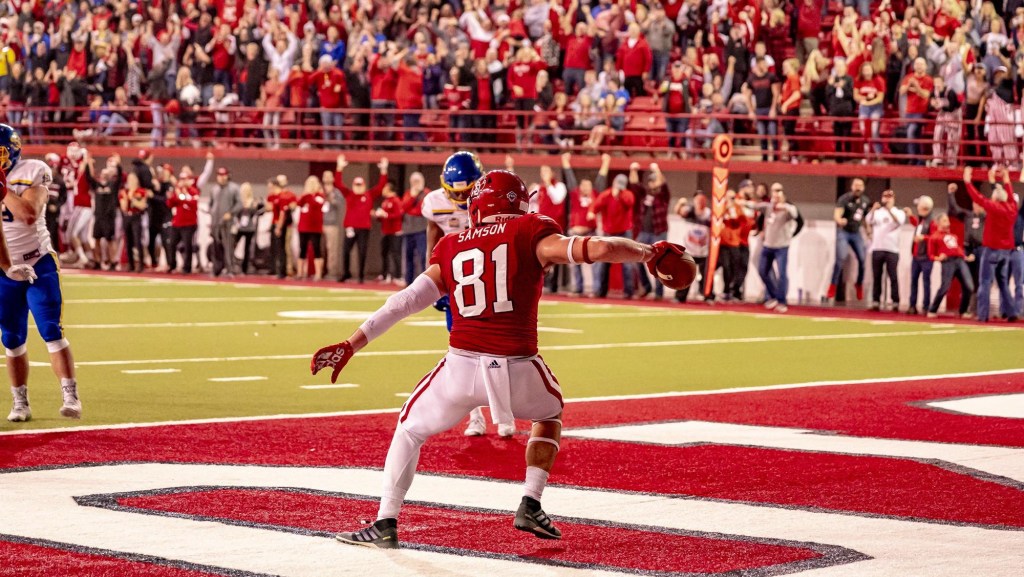 One of the first things you notice when watching film on Brett is his ability to make big play contested catches. He did this while going against All-Conference defensive backs from the Missouri Valley and other non conference opponents. Another aspect is his strong body control on the sideline and back of the end zone catches. He is also a very effective blocker downfield, which helped pave the way for South Dakota’s Kai Henry, who finished 12th all time in rushing yards in Coyotes history.

Brett also has one of the key components in special teams experience in both kickoff and punt coverage, which might not be the most splashy aspect for fans but is a crucial one for scouts/coaches as they’re trying to figure out the bottom half of their roster. Lastly, he has the capability to be flexed to a fullback, which can give him some more possibilities to land on run heavy teams in the NFL.

Throughout his time at South Dakota, he failed to ever really be a vocal point in the Coyotes offense, as he never reached more than thirty catches in a single season. The closest he got to that was twenty eight back in 2019. You could define him as more of a role player. There will be a slower development to get him to become a starting tight end in the pros.

He has lots of inconsistent plays where you will see flashes of his receiving ability. Then, you expect more the following week, but he’ll have a single catch for ten yards. Finally, his release off the line of scrimmage is very slow and bulky, and with the speed heightening at the next level, this will put him at a disadvantage if not fixed.

Brett Samson is a serviceable tight end that could be very beneficial to a more run-first team. I believe that he will receive a preseason opportunity if not selected in this year’s draft. With time and development, he could be a Mo Ali-Cox level player.