Liverpool picked up their 5th win of the 2020 premier league season on Friday with a 2-1 win over West Ham at Anfield.

The Hammers picked up an early lead after Joe Gomez failed to clear the ball, with his header falling to Pablo Fornals, whose strike beat Alisson to mark 10 minutes.

Liverpool came close to tying the score several times, with both Sadio Mane and Jordan Henderson failing to capitalise on some promising chances.

But the Reds would not find the net until just 3 minutes from halftime, when Mohamed Salah was brought down by Arthur Masuaku. The referee did not hesitate to give a penalty, and the Egyptian netted from the spot, tying the game 1-1 at the half.

Liverpool did not waste time in the second half, playing attacking football right from the whistle in pursuit of a win. However, the West Ham defence proved almost impenetrable as the London club parked the bus, attempting to secure a point. 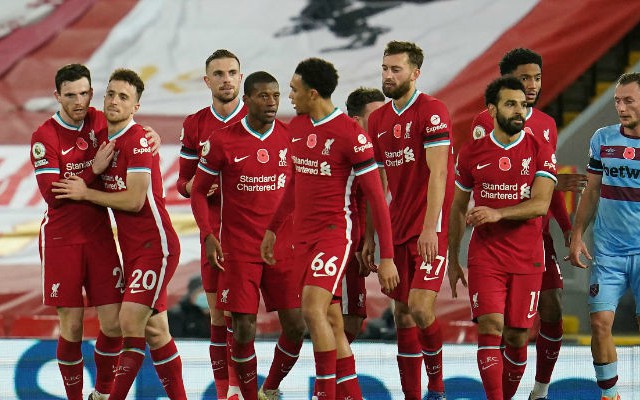 Seeking a more offensive approach to take the lead, Liverpool made their first changes of the game on 70 minutes, as Xherdan Shaqiri and Diogo Jota replaced Roberto Firmino and Curtis Jones.

Just 8 minutes after these substitutions, a scrappy play by Mane left the ball at Jota’s feet, and he found the net. However, the goal was disallowed due to the referee deeming Mane’s would-be assist reckless, colliding with keeper Fabianski and defender Ogbonna in the process.

Disappointed, but not disheartened, Jota found himself in front of goal again after 85 minutes, as Shaqiri found the Portuguese forward with an immaculate through ball. Jota slotted it home, and this second goal was enough for Liverpool to seal a 2-1 win, courtesy of the two substitutes.

But no criticism could take away from how the Liverpool players felt post-match. Reds centreback Nat Williams had an outstanding performance in his premier league debut as he filled in for Fabinho – one which saw him named Man of the Match by Liverpool legend Jamie Carragher. He also earnt the signature ‘hug of approval’ from Klopp after the whistle. 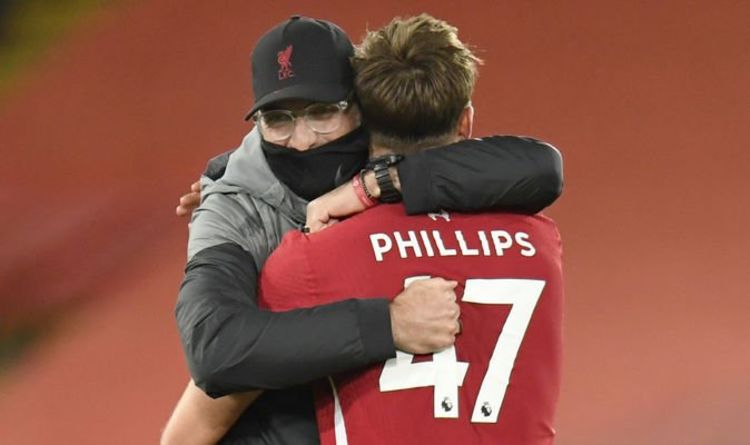 For Diogo Jota, his winner against West Ham was his third goal in 3 games, scoring the winner against Sheffield United last weekend, as well as the opener against Midtjylland in the Champions league mid-week. This makes Jota the first Liverpool player to score in each of his first three games with the team since Luis Garcia in 2004.

And as for Salah, despite resulting from a controversial call, his opener against West Ham was his 3rd penalty of the season, and his seventh goal in 7 premier league games.

Liverpool are now top of the league after this weekend, three-points ahead of Merseyside rivals Everton following their 2-1 loss to Newcastle.