The 2021-22 NFL season will go down as one of the best football seasons we’ve ever had. So many surprises, really big plays, and an unbelievable playoffs highlighted this NFL season. We are officially a couple weeks out from the Rams Super Bowl win, and await a long and tedious couple of months before we see the return of exciting football action. As the attention shifts to the NFL Draft, we reminisce. All we have left to remember the past season are the moments it left us. As we let the offseason begin, I decided to take a look back at the special season we just had and give my top 5 moments. 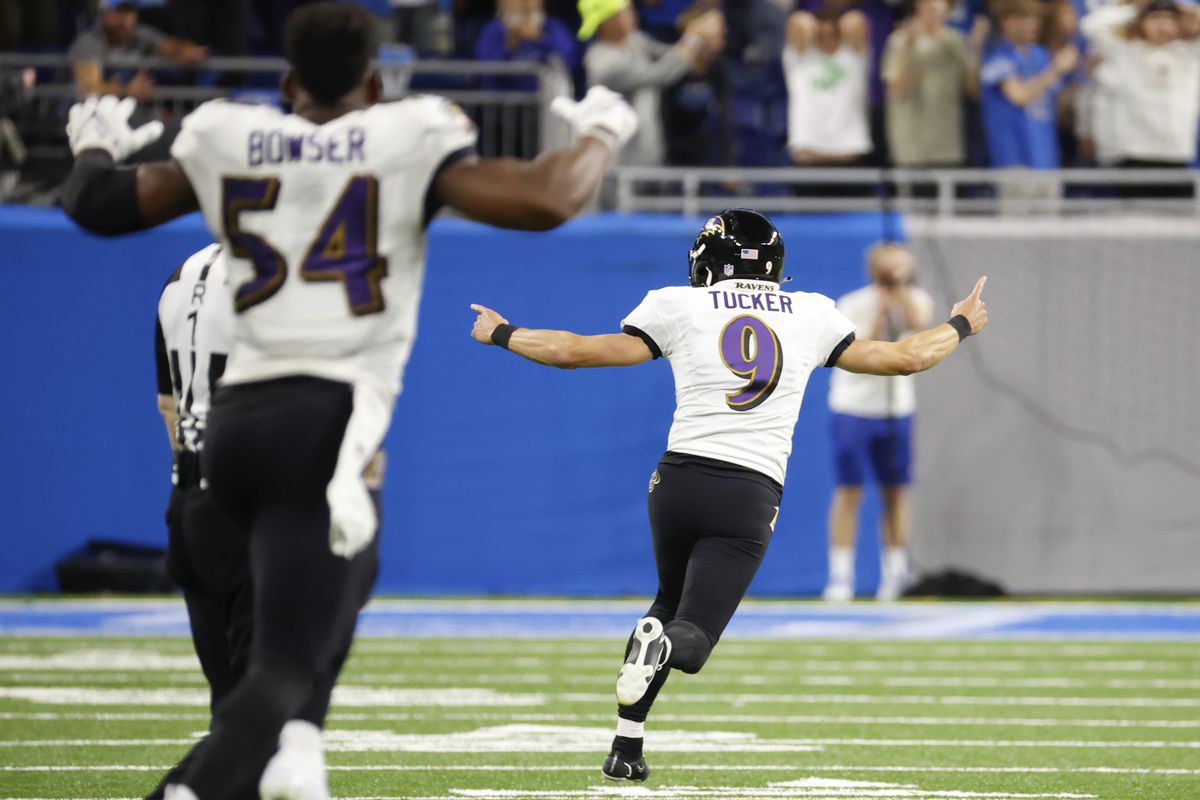 Baltimore had a tough year for a team that was viewed as a playoff lock. They had multiple guys out on both sides of the field, couldn’t finish close games, and ended up missing the playoffs. Through all the bad one can find to pin on the Ravens, one of their best moments not only will live on as a best in the season, it’ll be remembered because it made history.

Justin Tucker has always been one of the greatest kickers the league has seen and it’s because he’s both accurate and consistent. His career field goal percentage of 91.1% has him sitting at the top all-time for a career. He’s the most accurate kicker in league history. With that under his belt, his longest prior to this was 61 yards, three shy of Matt Prater’s 64-yarder. This would all change when Baltimore visited the Lions in Week 3.

A closely contested game all the way through saw the Ravens down 16-17 late in the 4th. With time winding down, Baltimore would opt to send out Justin Tucker in an attempt to not only make history, but win the game. Ice water running through his veins, Tucker put his incredible right foot through the ball. He watched it sail along with the fans and players in attendance only to see the ball doink off the woodwork. It crept over the bar and in to win the Ravens the game, 19-17, and cement his name in history. Click here to watch it again. 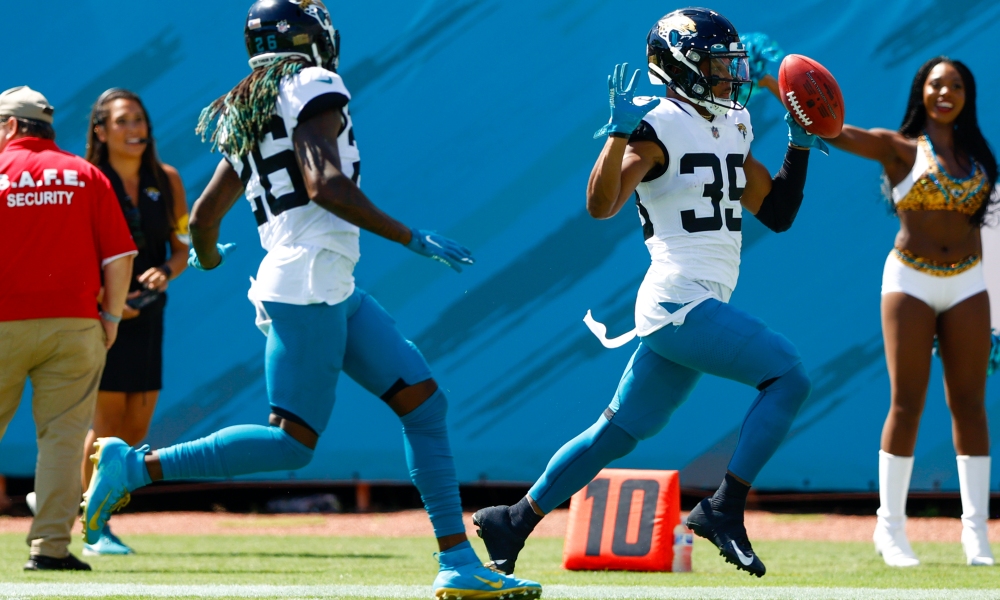 Jags fans rejoice! Your team sucks and the drama that engulfed it must’ve been horrendous to deal with, but at least you have this play for your troubles! The undefeated Cardinals come into town to face Jacksonville. A boring game turns into possible history for the aforementioned Matt Prater. He was going to attempt a 68-yard field goal to go up 10-7 at halftime. Unfortunately, his kick would be short and received by Jamal Agnew.

Instead of letting the play die and heading into halftime, Agnew returned it 109 yards for the score. The only thing to make it all better was Gus Johnson’s call which really brought the whole thing full circle. Even though the Jags still lost (shocker…) this was definitely one of the most exciting plays we’ve seen in some time. Click here to watch it unfold again.

(3) Fans Return to the Stadiums 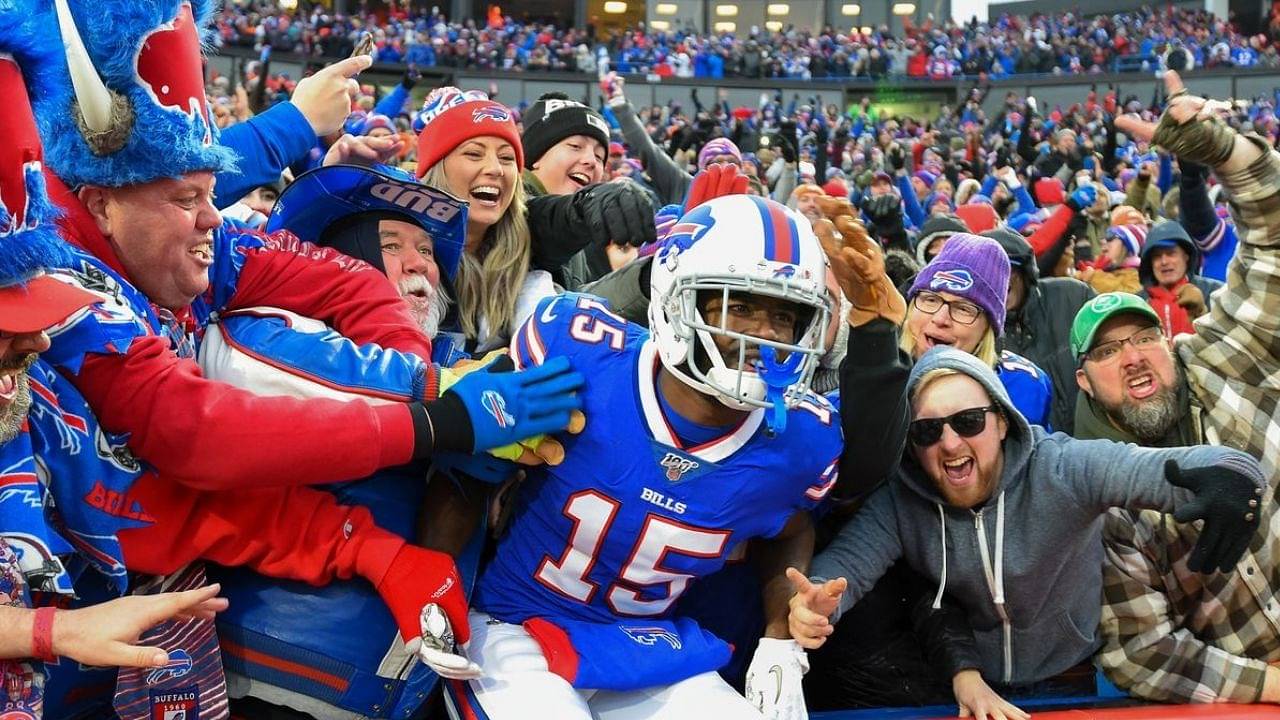 Easily one of the most forgotten moments of this past season is the return of fans in stadiums. Most of the 2020-21 season was limited to no fans in attendance at all throughout the season. The Super Bowl saw more cardboard cutouts (30k) than actual fans (25k) when the Bucs won in 2021.

This season, we saw the return of the 12th man and got to see some of the best environments (KC, Seattle, New Orleans, Buffalo) come back to life after a year of being gone. It may not seem like a huge moment, but it definitely was a big boost for many teams. No more artificial sound and cardboard cutouts! 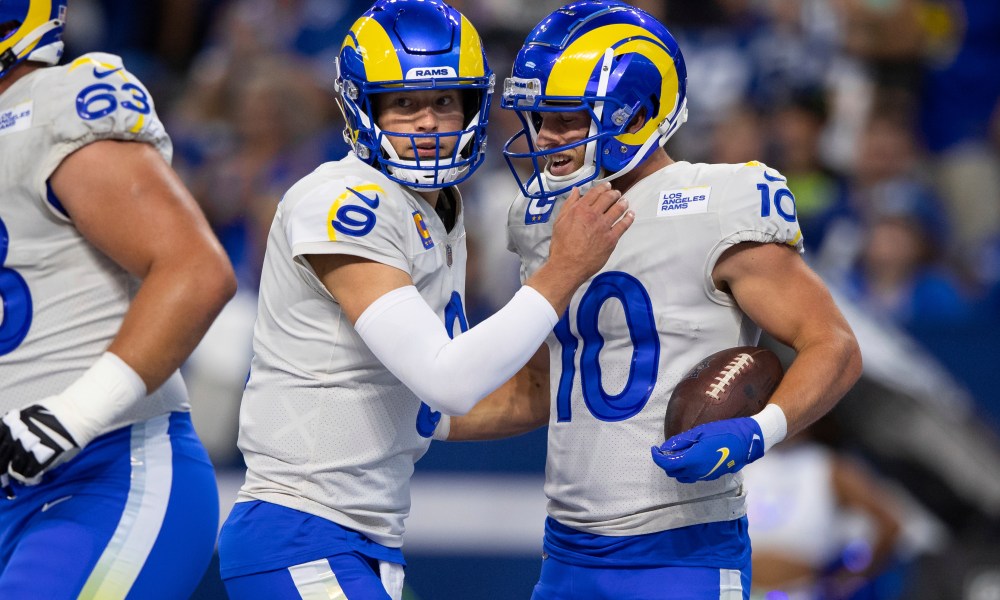 What a season for the Rams. Of course it’s easy to say that now, as the world champions. But, in all seriousness, it just came together for them nicely. Adding guys like Von Miller and OBJ strengthened their squad, putting the league on notice. They were ‘All In’. Yet, the acquisition of Matthew Stafford was probably the biggest turning point for the fortunes of the Rams as they gave up 2 firsts, a third, and a QB in Goff who was once in the Super Bowl.

Fast forward to the end, and Stafford finishes with 4886 yards, 41 TDs and 17 picks in the regular season. Unforgettably, Stafford put together a spectacular last drive with Kupp to put the Rams on top in Super Bowl LVI. After all the rough years in Detroit, Matt Stafford finally became world champion.

On the other hand, Cooper Kupp was also a huge reason for the success of both the Rams and Stafford. The triple crown winner went off for 145 catches, 1947 yards, and 16 TDs in the regular season. He would go on to have 33 receptions, 478 yards, and 6 TDs in the postseason. Then, he’d post 92 yards on 8 catches for 2 TDs in the Super Bowl; Worthy of a Super Bowl MVP award. Kupp won OPOY and was the first WR in over two decades to receive an MVP vote. He might not have won it, but he won a ring and etched his name into the history books after one hell of a season.

Here is a list of some of the things that didn’t make the top 5: 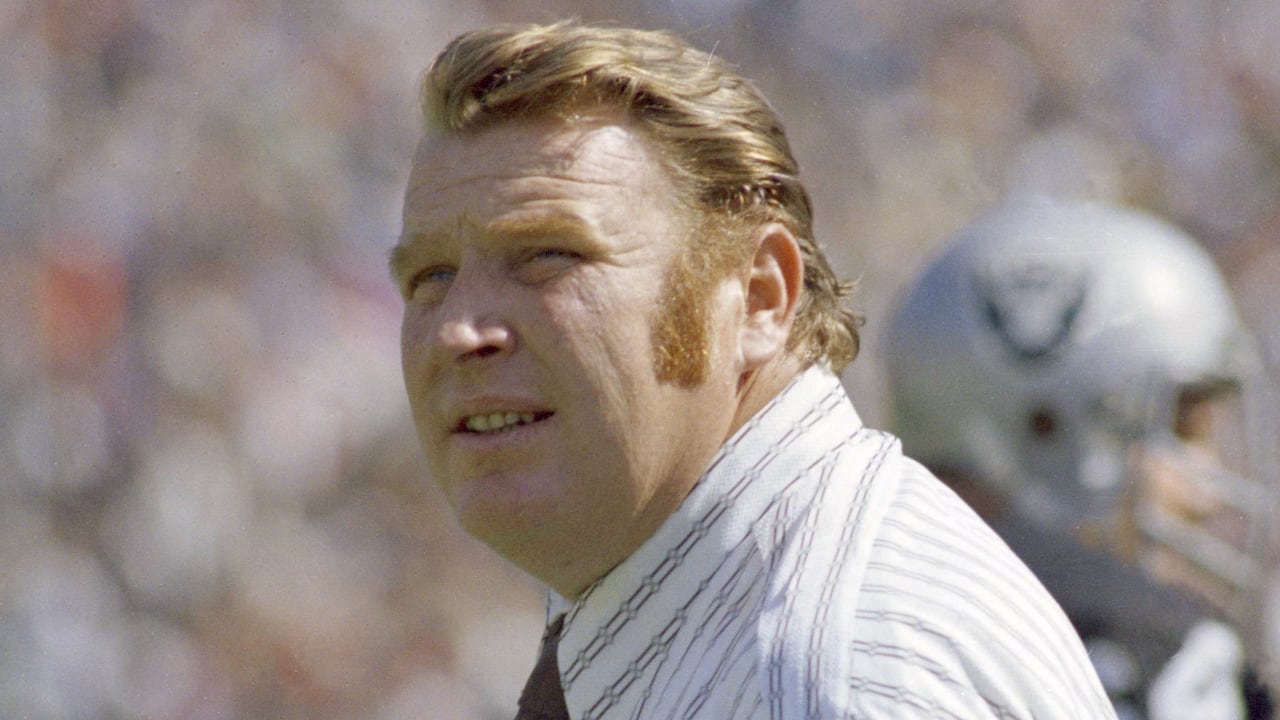 One of the toughest parts of the season was the passing of legendary coach John Madden. The Hall of Fame coach shocked the world, going from a failed lineman to one of the winningest coaches of all time. He boasted an impossible record of 112-39-7 (.731) for his entire coaching career. Not only did he change the game as a coach, he changed it in the booth too.

He would work with various companies, with his most famous work being alongside the great Al Michaels during Monday Night Football. As a broadcaster, he would go on to win 12 Emmy Awards and be named Yahoo Sports Top 50 All Time Network Television Sports Announcers (#2). He would be inducted into many hall of fames; The Pro Football Hall of Fame, Bay Area Sports Hall of Fame, California Hall of Fame, and the NSMA Hall of Fame.

Perhaps his biggest work was the John Madden Football games he had. What started off as just giving his name and voice along with an old playbook for a video game revolutionized into one of the most famous games in history. He envisioned the game as a tool to teach anyone the basics and fundamentals of football, hoping to inspire many to open up doors for themselves.

His tragic passing on December 28, 2021, marked the end of an era. For many, John Madden was football. The man that filled their homes as a commentator, or the name of a video game that changed their lives. He was a pioneer for a sport that he loved, and an icon in the E-Sport community.  I believe Roger Goodell said it best.

“There will never be another John Madden, and we will forever be indebted to him for all he did to make football and the NFL what it is today”.