The Biggest Dissapointments of the 2021 NFL Season 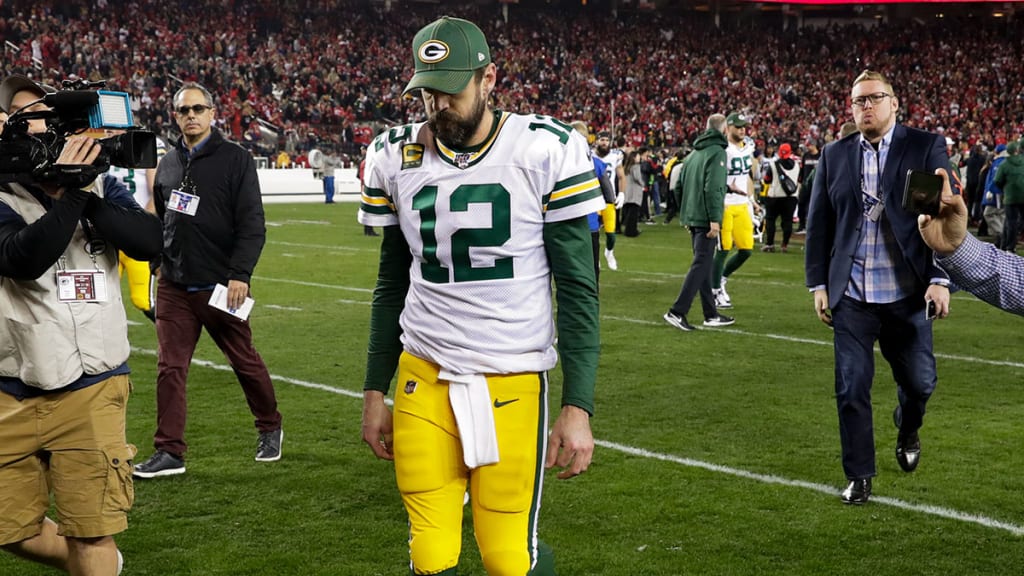 The 2021 NFL season was a wild one for sure. Amidst a season full of record-breaking performances and some of the best games in recent history, were head-scratching decisions, ugly losses, and team controversy. This article explores five of the biggest disappointments of the NFL season.

For the first time since 2010, both one seeds failed to win a game in the NFL Playoffs. Both the Titans and Packers put up duds in the divisional round, losing on walk-off field goals. The Packers were the best team in the regular season, yet Aaron Rodgers choked in the playoffs yet again in what might have been his last game in a Packers’ uniform. Rodgers put together another MVP caliber season, but his inability to convert in the playoffs will haunt Packers fans for the foreseeable future.

Nobody believed the Titans were worthy of being the top seed in the AFC and that was very evident in their divisional round loss to the Bengals. The Titans sacked Burrow nine times, but Ryan Tannehill’s three interceptions, including one to set up the Bengals game-winning field goal, cost them the game. The Titans, much like the Packers, face questions about their quarterback’s future that will need to be addressed this off-season.

The Debacle that was the Browns

After winning their first playoff game since 1994, the Browns came into the season with division title and Super Bowl hopes. Injuries to Baker Mayfield, Nick Chubb and Kareem Hunt quickly derailed their season and a league-worst kicking game didn’t help. The trio missed a combined 14 games. Of course, there was also the Odell Beckham Jr. fiasco. In November, Beckham Jr.’s father posted a video ripping Mayfield and blaming him for his son’s lack of performance on the Browns. OBJ was traded to the Rams and has been a vital part of this Super Bowl run.

After a horrific season that saw Mayfield throw 17 touchdowns and 13 interceptions while posting the sixth-worst completion percentage amongst qualified quarterbacks, questions about his future with the team are as strong as ever. Mayfield is in the final year of his contract and will need to prove doubters wrong if he is to stay with the team following the 2022 season. The Browns, like many teams, have the skill players to be a playoff team but lack consistent quarterback play to be one.

The Second Year of an Expanded Playoff Field

The second year of an expanded playoff did not yield great results. Only one of the six wildcard playoff games, the 49ers-Cowboys game, was remotely competitive. Both seven seeds, the Eagles and Steelers didn’t put up much of a fight against significantly better opponents. In the two years of expanded playoffs, seven seeds are 0-4 with only one team, the 2020 Indianapolis Colts, losing by less than one score.

Playoff expansion brought excitement and drama to the final week of the regular season, which saw the Steelers sneak into the playoffs thanks to the Jaguars’ upset of the Colts and Brandon Staley’s decision to call a timeout (we’ll get to that later). But the following week, the Steelers were run off the field by the Chiefs. As seven seeds continue to struggle in the playoffs, the NFL’s decision to add another playoff team seems more and more like a money grab. Let’s hope the wildcard round produces some closer games next season. 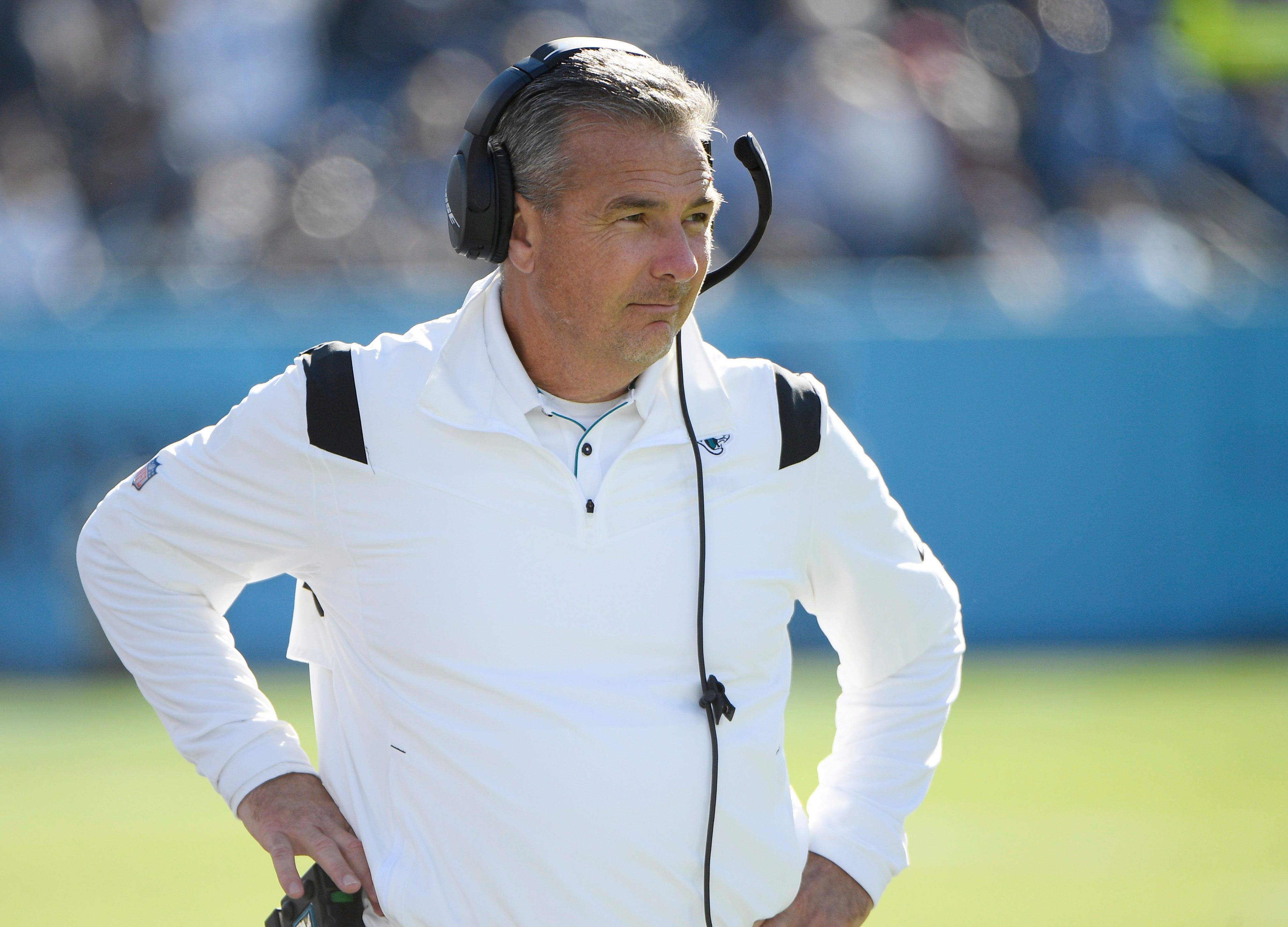 From the moment the Jaguars hired Urban Meyer, it seemed destined for disaster. Meyer had lots of success at the college level, winning three national titles, but that success didn’t translate well to the NFL. People had high hopes for Meyer and top overall pick Trevor Lawrence, but Meyer’s issues both on and off the field headlined the Jags subpar season. The problems started when Meyer hired former Iowa strength coach Chris Doyle, amid accusations of making racist comments while with Iowa, and signed Tim Tebow. Doyle resigned after two days and Tebow was cut after one preseason game.

After a Thursday Night Football loss to the Bengals, a video surfaced of Meyer dancing with a younger woman, raising further questions about Meyer’s character. The final straw was when reports arose of Meyer kicking former kicker Josh Lambo during a preseason practice and Meyer calling his coaches and players ‘losers.’ Meyer was fired after only 13 games with the Jacksonville, and it’s hard to imagine he will find another job in the NFL anytime soon.

While Brandon Staley certainly made some gutsy calls that help the Chargers win some games, it’s hard to argue that his aggressiveness robbed us of a chance to watch Justin Herbert in the playoffs. The Chargers went for it on fourth down 34 times this season, the third-most in the league, and had the fourth-highest conversion rate, converting 22 attempts (64.7% ). Despite their high conversion rate, four questionable fourth down calls late in the season stand out. Staley failed to convert three fourth downs in an overtime loss to the Chiefs instead of attempting three very makable field goals. In the regular season finale against the Raiders, Staley unsuccessfully went for it from his own 18-yard line trailing 17-14. His over-the-top aggressiveness handed the Raiders three points.

Staley’s decision to call a timeout with 38 seconds left in a tie game in overtime against the Raiders is an entirely different story. The Chargers simply needed a tie to make the playoffs, and the Raiders seemed happy to let the clock run out—until Staley called a timeout. The Raiders ran another play, kicked a field goal, and eliminated the Chargers from the playoffs. Hopefully, Staley learned from his mistakes so we get to see one of the most exciting teams in the NFL in the playoffs next year.

Previous articleTampa Bay Buccaneers: Where do they turn to now?
Next articleWhy Ken Dorsey Is A Great Fit For Bills Coordinator Job