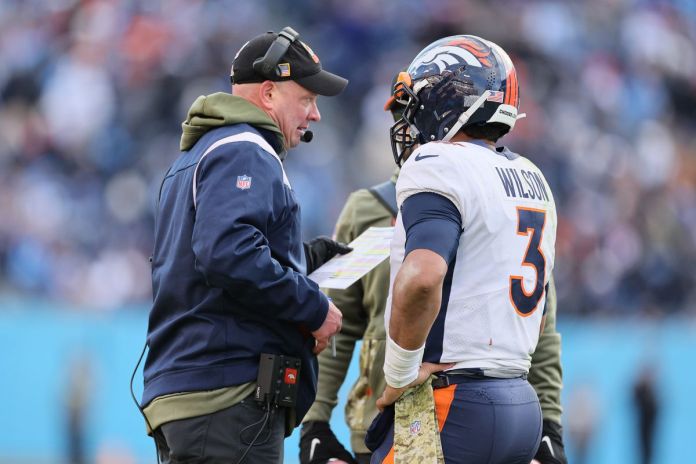 The Denver Broncos have once again failed the fanbase’s expectations, as they are 3-8. There are so many problems that must be addressed, starting with head coach Nathaniel Hackett.

Nathaniel Hackett has shown he is not ready to lead a team and is in way over his head. Hackett’s “offensive mind” has led Denver to be one of the worst offenses in the NFL.

The Broncos are currently averaging 14.3 points per game, which is the worst in the NFL since 2000. Now I’ll give it to Hackett, it’s not easy losing many starters on offense. However, it’s very clear that Hackett did not design this offense around Russell Wilson, and doesn’t know what changes need to be made.

Russell Wilson is a mobile quarterback, and it played a huge role in how Seattle’s offense was run. In Hackett’s offense, Wilson’s mobility is essentially limited. Wilson is forced to stay in the pocket, resulting in a sack.

The Russell Wilson in Denver is different from what we saw in Seattle because the system is built around a different style of quarterback. The current system would fit someone more like Aaron Rodgers because he is dominant in the pocket.

It’s very clear that Nathaniel Hackett has given up on this team and knows time is running out. The Broncos have hit rock bottom, and the players know it.

After giving up the offensive playcalling to Klint Kubiak, what does Nathaniel Hackett bring to this team? The answer is complicated, as he doesn’t provide the spark on offense we expected.

I believe that the Broncos will benefit from moving on from Nathaniel Hackett. Denver needs more experience throughout the whole staff and someone who can implement the right system that benefits Russell Wilson. It’s time for Hackett to go.