The Impending Doom of the MLB’s Expiring CBA

After a great season of quality baseball, the MLB shifts its focus to the offseason. Thus, the focus has quickly turned to the upcoming CBA expiration date. It is an unfortunate reality of the game. The 2021 MLB season has provided fantastic moments of baseball and a revival of the game’s biggest names. From Bryce Harper to Juan Soto to Shohei Ohtani, the game has a tremendous resurgence in big names. Additionally, we have seen some excellent individual games throughout the season. The Field of Dreams game sticks out as one of the best regular-season games over the past decade. 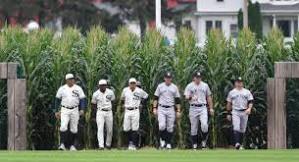 Sadly, these moments and players occur right before the CBA expires.

After a season full of entertaining developments and a booming upward trend in a potential season-altering lockout, the MLB may lose all of that growth. However, the MLB and the players union have until Dec. 1st at 11:59 pm to agree to a new CBA. Time is still on the side of every baseball fan across the country. Nonetheless, the new CBA will address many points of interest and complaints from the players union. To understand the complications of the CBA, we must discuss the specific desires of the players union.

The most significant point of discussion for the new CBA is how players get to dictate their free-agent contracts. In September, the Athletic reported that the union’s first proposal would have allowed players to become eligible for arbitration after two years instead of three. Additionally, the union in May also proposed a change to the draft order, increases in the minimum salary, changes to the revenue sharing between clubs, changes to service time, and bonuses for players who have yet to reach arbitration. Under certain circumstances, some players would be able to reach free agency sooner than six years. 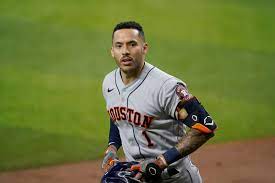 The specifics of these changes are somewhat unknown to the baseball world. Nonetheless, the proposed changes would dramatically change free-agent contracts. To no one’s surprise, the player’s union wants more freedom within the free-agent market. The owners directly oppose this motion and want even more control over players within their system. Overall, I doubt that either side will want to comprise much in this area—especially the owners in this situation. Anytime the union tries to generate better income sharing for their players, the owners become hard opposers. No chance the owners change their minds now.

Expect any holdout to start and stop with this specific point.

Other Expected Points of Emphasis 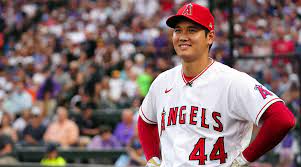 “The MLB this year also proposed that a team could not pick in the top five of the draft three years in a row, and has again has proposed an international draft.”

An international draft has been sought after by both the union and league alike. It’s a fair assumption that the new CBA will include the draft. While it would deny many international players the chance to choose where to play, it does allow for a better league balance. Overall, there are many pros and cons to consider with the move.

“The league proposed to effectively send the luxury-tax threshold in the other direction, to $180 million; to increase the penalties for exceeding it as well; but to also implement a soft floor, a penalty for teams who do not spend at least $100 million.”

Another change that the MLB hopes will improve parity within the league, and force teams to pay more for players. Based on the 2021 payrolls, seven teams would be affected by the $180 million cap, while twelve teams would be penalized for not spending $100 million. The Owners are the deciding factor in this move as they would have to agree to either spend more or less. 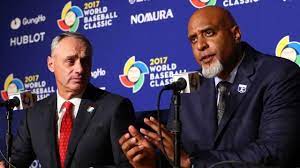 What to Expect Moving Forward

The exact details of the new CBA will become more apparent as we approach the expiration date. However, do not expect a new CBA until the final 72 hours leading up to the deadline. If a deal does not occur in the time, expect negations to continue throughout the winter. Whether or not the CBA gets signed before the start of spring training or even before the regular season is anyone’s guess. Nonetheless, as the baseball offseason begins, the new CBA will dominate conversations in every facet. Make sure to follow the Sports Wave website and Instagram for any updates about the potential CBA.