The Miami Marlins: What Went Wrong?

The year is 2016. The Miami Marlins have a young and very talented core of Giancarlo Stanton, Christian Yelich, Marcell Ozuna, J.T. Realmuto, Dee Gordon, and Jose Fernandez. Here we are, four years later, and the Marlins have none of these guys on the roster and the team never made a postseason appearance. What went wrong with them? To some, a clear answer was the tragic death of Jose Fernandez, but it goes deeper than that.

All throughout 2016, the Marlins were floating around the wild card. They were hoping for a season where their entire core was healthy but that was not the case. Giancarlo Stanton went down in mid-August and Dee Gordon was suspended for 80 games, due to PED use, crushing for the Marlins’ playoff hopes. Stanton and Gordon returned in September but by that point, the Marlins’ playoff hopes were gone. Stanton only played more than 150 games twice in his career with the Marlins, 2011 and 2017. Stanton’s recurring injuries were a big problem for the franchise and ultimately contributed to the reason why Stanton was traded.

Pitching throughout their run had been an issue as well. The other 4 starters in the rotation were expendable and Fernandez was the clear ace. The Marlins had a team ERA of 4.05 in 2016 and a really bad 4.82 team ERA in 2017. The loss of Fernandez had left a huge hole in the pitching staff. During the 2016 season, the Marlins made a move to attempt to bolster their bullpen by dealing Chris Paddack to San Diego for Fernando Rodney.

Rodney spent half a season with Miami and recorded a 5.89 ERA. While in 2019, Chris Paddack had debuted for San Diego and started 26 games, struck out 153 batters and recorded a 3.33 ERA. Another deal that hurt the Marlins was the Luis Castillo deal. In the winter of 2017, the Marlins traded Luis Castillo to the Cincinnati Reds for Dan Straily in an attempt to make up for the loss of Fernandez. Straily spent two years with Miami and was sub-par, recording a 4.20 ERA during his time there. Much like Paddack, Castillo has been very solid with his team since the deal. Castillo has a career 3.68 ERA along with 489 strikeouts in 449.2 innings pitched. 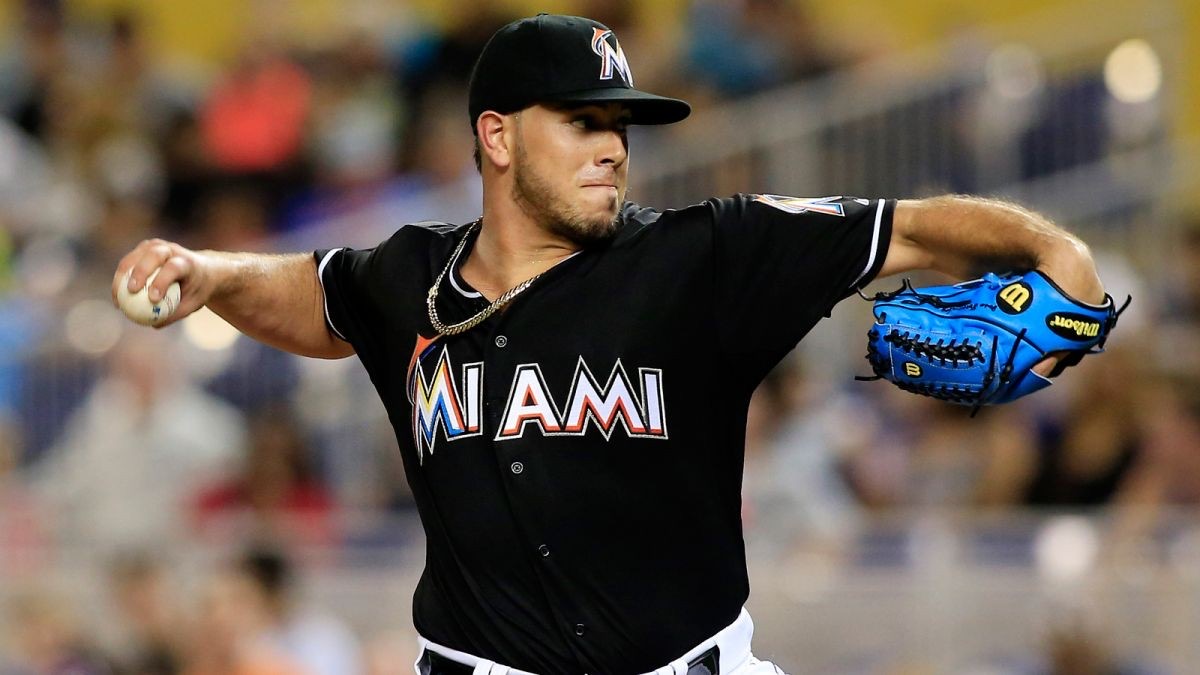 The 2016 season ended in tragedy for Miami, when their superstar pitcher, Jose Fernandez, was killed in a boating accident. The Marlins finished 79-82 and all hopes for a good 2017 fell apart. They made questionable deals to acquire sub-par pitching, which ultimately ended up in a disappointing 2017 season, going 77-85. While the pitching wasn’t good, the Marlins’ bats were great during the season. Stanton took home an MVP award for hitting 59 home runs and 132 RBIs, Marcell Ozuna had a career year hitting 37 home runs and 124 RBIs, and Christian Yelich hit .282 with 18 homers and 81 RBIs, and the team ranked second in the national league in average but were amongst the last in ERA. The Marlins were then sold to a group that included Derek Jeter, who then took control of the roster.

The 2017 offseason revolved around many questions. Would the Marlins really trade Stanton? Can they build around Yelich and Ozuna? What can they get? All of those questions were answered in a short time. The first to go was Giancarlo Stanton. He was traded to the Yankees for Starlin Castro, Jose Devers, and Jorge Guzman. It was underwhelming but the Marlins were just focused on getting rid of his contract. Castro is no longer on the Marlins, and neither Devers nor Guzman have seen MLB action yet.

The next to go was Marcell Ozuna, and both Ozuna and Stanton were traded after the best years of their careers. Ozuna was traded to the St. Louis Cardinals for Sandy Alcantara, Zac Gallen, and Daniel Castano, and then it was Yelich’s turn. Yelich was sent to the Brewers for Lewis Brinson, Monte Harrison, Isan Diaz, and Jordan Yamamoto.

The three trades left a lot of disappointment in Marlins fans. Brinson has not hit over .200 yet in his career, Harrison showed promise in spring training but has not seen Major League Baseball action yet. Gallen showed promise and then was sent to Arizona in 2019 for Jesus Sanchez and Jazz Chisholm. Sandy Alcantara is the Marlins’ new ace and was their lone All-Star in 2019 and, as of now, is the only one who has panned out from the deal.

2018 and 2019 have been rough for the Marlins with no real signs of life in the immediate future. The Marlins were ranked as the eighth-best farm system by Bleacher Report. Their top prospect, Sixto Sanchez, is a pitcher with “Jose Fernandez” type potential for the Marlins. Sanchez was acquired from the Phillies in the J.T. Realmuto deal during the 2018-2019 offseason. The Marlins were very close to becoming the team to beat but also had many issues along the way to get there. This is what their roster could look like today if key players were not traded.

It all fell apart in Miami, with the tragic death of Jose Fernandez, questionable trades to contend, and disgruntled stars who were upset with management. There was not really anyone to point fingers to. The Marlins’ roster destruction can be traced back to 2007 when they traded Miguel Cabrera and Dontrelle Willis to Detroit. The baseball world and Marlins fans were robbed of seeing the true potential of this team and it is all left to imagination.