A wise man once said that “NFL coaches are like weapons, and the best teams use their weapons effectively.” Weirdly underappreciated in some instances, NFL coaches of past and present play vital roles in innovating the game further. While players generate the big moments and hero-like status, there is a coach behind every NFL play. For instance, without Bill Belichick’s dedication to perfection, does Tom Brady reach his all-time level? Furthermore, do the 1985 Bears win the Superbowl without Buddy Ryan’s 46 defense. Moments like these are not only drawn up by coaches but innovate the game to move further.

In this article series, we will discuss 6 NFL head coaches and their profound impact on football. Each man had not only an idea but a specific invention to get ahead in the game. These inventions then became staples across the league as every team jocky’s for a higher position. None of the ideas brought up were on-the-spot inventions; but instead through trial and error, film study, and specific player personnel. Additionally, it is vital to keep in mind the time of each innovation. While the average NFL viewer may see each NFL innovation mentioned as a simple play or scheme in today’s NFL, there was a time where it was not. In conclusion, the purpose of this series is to see the great NFL minds of years past and see how the game is today because of them.

To understand the specifics of how the NFL has changed, we must first look at legendary Chargers coach Sid Gillman.

Sid Gillman and His Rise from Kid to Coach

Most would not even recognize the name if you were to ask even the most die-hard NFL fans who Sid Gillman is. However, a quick google search and some light reading show he is undoubtedly one of the brightest football minds ever. Born and raised in Minneapolis, Minnesota, during the social media-less 1920s, Sid had the luxury of being the son of a prominent movie theater owner. Thus, he was able to snag segments of football games from newsreels and for him to study. Although this was very illegal at the time, Sid Gillman did not care.

His love for football was unmatched at the time as he rose through the football coaching ranks quickly after college. The first big move was becoming the head coach of Miami-Ohio in 1944, then Cincinnati in 1949, and finally reaching the professionals with the Rams in 1955. However, his most influential coaching position was with the AFL Chargers from 1960-1969. 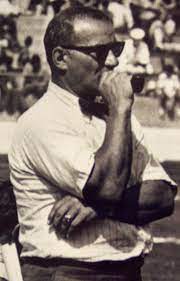 Gillman’s Time with the Chargers

Although the football world at the time was instinctively run-first, teams called runs 59.2% of the time in 1960 compared to 38% now; Sid Gillman had a different idea. He used the pass to set up the run. In an all-time crazy move, Gillman sought the help of geometric college professors in his passing patterns. He wanted to figure out how alignments and specific pass routes would create the same distance a quarterback would need to throw.

Additionally, he used those alignments and lengths to make the football’s first rhythmic passing system. From 3-step drops to 2-step slants, Gillman perfected the art of timing and anticipation for modern-day quarterbacks and receivers. Quarterbacks Jack Kemp, Tobin Rote, and John Hadl became legends through this system. They got blessed with legendary receivers like Lance Alworth, Keith Lincoln, and Dave Kocourek. However, without Sid Gillman, they wouldn’t be legends today. 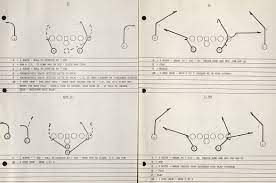 I briefly mentioned Sid Gillman’s use of college professors to get ahead in the 1960s. What Gillman did not know, this little move introduced the art of analytics into football. Analytics runs through every sweat and tear in today’s football. Every coach, player, GM seeks every precise data angle they can take advantage of in an upcoming game. Continuing with the theme of this article, this was not the case during the 1960s. Sid Gillman became one of the first football coaches to seek every data point, statistic actively, and pattern to gain an advantage on his opponent.

No example is more significant than his 1963 AFL championship against the Boston Patriots. The Chargers came into the game with the league-MVP in Tobin Rote and the masterfully built vertical passing scheme. Additionally, the Chargers went into the game with the highest completion percentage, yards per attempt, and passer rating in the AFL that year. Everybody was afraid of the Chargers’ passing attack. On the other hand, the Patriots came in with a league-leading defense that blitzed an unworldly 46.3% of the time. Sid Gillman knew this and played straight into their over-aggression.

Through the use of fakes, misdirections, and the newly-introduced motion, the Patriots never knew where to look. From the get-go, the Patriots were expecting a fury of passing plays. Sid Gillman gave them a fury of running plays. Despite passing a league-high 57.1% of the time in 1963, only 42% of plays called were passes in that game. Nobody expected it, especially the Patriots. The Chargers scored three times in their first ten plays to climb to a 21-7 lead, all on running plays. Simply put, Sid Gillman knew a team’s tendency and exploited it for the big play.

Off the Field Innovations

Not only were his in-game innovations revolutionary, but his work off the field was also just as unique. Nobody prepared for a game harder than Sid Gillman during the 1960s. Additionally, nobody else watched more game films than Gillman either. He did not want perfection from his players; he needed it. His brutally intense personality brought constant commands and screams to everybody who heard him. Despite that, nobody wanted to disappoint Gillman. Although he was highly overbearing and critical, he was one of few coaches to care about individual player needs.

He sought unwanted plays like Keith Lincoln and washed-up starters like Tobin Rote. Clearly he wanted to win above all else, but he also wanted his players to succeed the best they could. He opened the professional weight room, set up classes for players to learn, and established the largest coaching tree in NFL history. In conclusion, Sid Gillman is not only recognized for his remarkable developments on the field but off as well.

While Sid Gillman was remarkable in his time, it is crucial to note his innovation’s impact on the present-day NFL. One of those significant innovations was his passion for spreading the field out. Sid Gillman was a mastermind in wanting a defense to cover every length of grass on a field. The NFL is no different today. Although the formations and style of alignment are different, the concept is no different. Brian Daboll’s offensive scheme with the Bills plays similarly. Through the use of Josh Allen’s big arm and route-running phenomenons at wide receiver, Brian Daboll forces defenses to respect the spacing of the Bills. Evident in the Bills game against the Titans where every passing situation was a deliberate attempt to spread the field. 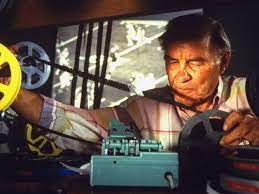 Another present-day practice conceptualized by Sid Gillman is the necessary act of watching game film. I think it goes without saying that the NFL is way more widely available now than in 1963. However, that does not mean Gillman’s did not make enormous strides in obtaining film from other teams. In fact, he was one of the first to do so. Gillman established the art of watching and learning from the game film. He was one of few coaches who knew that the only way to grow further was to study past mistakes and improve the system. Additionally, this passion for perfection coincided with his need for analytics which drives the NFL today. Most notably, Brandon Staley of the Chargers became a considerable proponent for analytics, evident by his love for 4th down conversions.

Through these examples and many more, it is hard to look at Sid Gillman’s work and not see the present-day examples. Furthermore, Sid Gillman’s massive coaching tree continues to have significant impacts on the NFL, and I doubt any of those men make it without Sid’s wisdom. In conclusion, the man known as the father of the modern passing game deserves recognition for impacting today’s NFL.

No one can write a list long enough to categorize every Gillman innovation on the football field. His inventions are staples for today’s NFL as he stood out in a time where the run dominated the NFL and preparations for games were minimal. Nonetheless, Sid Gillman stood tall and introduced schemes and concepts unheard of in the NFL. I cannot stress enough the importance of Sid Gillman as I continue this series from coach to coach.

If you want to read or watch more about Sid Gillman’s life and impact, I suggest you read “Sid Gillman Father of the Passing Game” by Josh Katzowtiz. One of the greatest football books ever written and a must-read for die hard football fans.