The Top 10 Players in the Super Bowl

Wow. After 21 weeks of action-packed football, we have finally made it. The Super Bowl. While other articles on the Sports Wave dive into the pre-game analysis, I will discuss something a bit different. The top ten players in Super Bowl LVI between the Rams and Bengals. These ten players have played vital roles in their respective team’s regular season and playoff success. Now, both teams will count on them to translate their skills onto the big stage in front of millions. The methodology for this list is simple, the ten players who provide the most significant impact on their team. Thus, I have ranked the two Quarterbacks highly amongst the other stars. I hope you will use this list as a potential player tracker and further understand specific players’ impact on both teams. 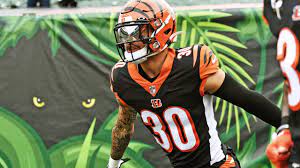 Jessie Bates stands out as the leader in a secondary headlined with Chidobe Awuzie, Eli Apple, and Mike Hilton. Against the Chiefs, Bates knocked a crucial pass out of the hands of Tyreek Hill into the waiting arms of Von Bell. On the first play of the game against the Titans, Bates undercut a Tannehill pass for a big interception. Finally, against the Raiders, Bates knocked down a team-leading three passes on route to a victory over the Raiders. Needless to say, Jessie Bates is an impact player and somebody to keep an eye on in this years’ Super Bowl. 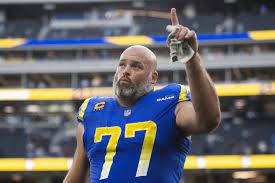 On an offensive line that ranks highly in most metrics, Andrew Whitworth stands out as the best and most captivating leader. Overall, it almost seems that Whitworth is better at age 40 than at 25. Additionally, it’s pretty ironic that the team he faces is the same one he could never win with. In the end, no one can deny Whitworth’s value to the Rams and his blocking win rates.

While many may consider this the most controversial pick on this list, Joe Mixon winds up at number eight. After struggling with injuries for most of the 2020 season, Mixon returned to a solid force in the Bengals offense. Despite running behind a porous offensive line, Mixon rushed for 1205 yards and compiled 314 receiving yards while scoring 16 total touchdowns. Although their receiving stars gain the most attention, Joe Mixon certainly has proved his worth too.

Another controversial choice for some, but to others who watch, Trey Hendrickson has been a beast. Against the Chiefs, Hendrickson tallied 1.5 sacks, a tackle for loss, and multiple QB pressures. Overall, he played a critical role in shutting down the Chiefs’ offense in the second half through his barrage of rushes. Additionally, Trey Hendrickson had a pass rush win rate of 23%, good for 9th in the league. Nobody can deny his impact on the Bengals’ defense this season. 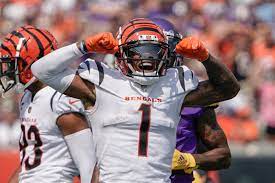 The young but superstar wide receiver gets to show off his talents in the biggest game (in an already impressive) career. After a rough preseason where some people called for his head, Ja’Marr Chase proved everyone wrong. From draft experts who thought it was terrible value to preseason talking heads, Ja’Marr Chase has been on a mission to prove himself to the world. He isn’t slowing down either. Despite being double-covered early against the Chiefs, Ja’Marr waited patiently for his moment to strike. Finally, he found the endzone to give the Bengals the tie through his tremendous athletic ability. Like most fans, I cannot wait for Chase’s matchup against Jalen Ramsey.

The best CB in the NFL and arguably the best CB since Revis Island, Jalen Ramsey comes in at 7. Simply put, Jalen Ramsey has played lights out for this dominant Ram’s defense in 2021. Although he doesn’t have the interception numbers like J.C. Jackson or Trevon Diggs, no wide receiver is excited to line up across from Ramsey. His advanced stats back his tremendous skill, allowing a 71.1 passer rating when targeted and 6.4 yards overall. His playoff performance has been a bit lackluster as he notably got beat by Mike Evans. While his 2021 season may be a bit worse than his 2020 campaign, Jamar Chase will face a menace this weekend on the other side of the ball. 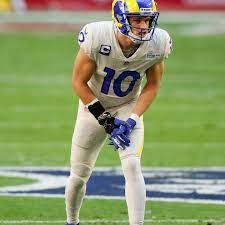 The elusive slot receiver exploded during the 2021 NFL season with near-record receiving yards and league-leading 16 touchdowns. No can compare to Kupp’s lightning-fast first step. Additionally, his ability to read and recognize coverages made him a threat even at the goal-line, where he could find the tiniest crease. Even when he isn’t producing big numbers, like last week, his presence is undeniable. Through decoy routes, fake sweeps, and run-blocking plays, Cooper Kupp never takes any plays off. Kupp has played an invaluable role for the Rams in the playoffs too. From his catch against the Buccaneers to his two touchdown performance against the 49ers, its safe to say that Kupp will be targeted this week. 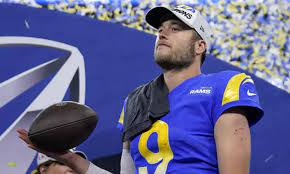 If it wasn’t for Joe Brrr on the other side, I’m pretty sure most would be cheering for Matthew instead. After an abysmal career in Detroit with zero playoff wins, Matthew Stafford decided to show up finally. The Rams sold out big for Stafford, and it paid off. While his performance isn’t especially noteworthy or statistically impressive, he has something Goff doesn’t. Confidence. While it may seem like an overused term, it is undoubtedly true in this case. McVay never trusted Goff to make the big plays, and I doubt Goff himself did either. However, the Rams have fully opened their playbook under Stafford, and the team has thrived.

The age of Joey B has arrived, and we’re just along for the ride. After back-to-back clutch performances against the Chiefs and Titans, Burrow has lit the media world on fire. As a result, he is, without a doubt, the most popular player in the NFL right now. On the field, Burrow continues to impress despite his age. From near-impossible escapes against the Chiefs and baffling throws against the Titans, who knows what he has planned for the Super Bowl. Additionally, Zac Taylor’s love of working the seems and sidelines finally works out with Burrow. While I may be overrating some aspects due to my love for Burrow, no one can deny his impact on the Bengals this season. 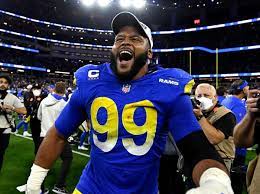 I do not care what you say about Quarterbacks and their impact; Aaron Donald is the best player in the Super Bowl. Simply put, Aaron Donald is the most ferocious and intense player since Ray Lewis. Although his anger slips through at moments, I do not trust a single offensive lineman to block Donald consistently. Eventually, Donald breaks through and wrecks entire plays. 1st and 10’s turn into 2nd and 19’s. 3rd and 10’s turn into 4th and 10’s because of pressure up the middle. As mentioned previously, Aaron Donald had a Pass Rush Win Rate of 26%, which is a total FIVE percentage points higher than the next IDL. Overall, I just cannot find another player on the same level as Aaron Donald.

Previous articleThe Case for Ikem Ekwonu to go First Overall
Next articleWill The Buffalo Bills Be Spenders In Free Agency?