This wide receiver class is one of the better ones in recent history. With superstars like Davante Adams and Chris Godwin headlining this list, there are many underrated stars such as DJ Chark and Juju that people are overlooking. I have highlighted the top 10 free agent receivers and where I expect them to land.

Crowder has been an interesting receiver as he will always have 1 or 2 big games a year, but other than that he stays relatively quiet. With the emergence of Braxton Berrios this season, I expect Crowder to find a spot on another team. Crowder has been a consistent 3-4 catch guy a game throughout his career and is quick with the ball in his hands and is an underrated route runner. Crowder could be a decent slot option/WR 3-4 on a team looking to win now.

Chark broke onto the scene as a sophomore receiver going over 1000 yards with 8 touchdowns and 73 receptions. However, since then it has been a downward trend. Chark suffered an injury this season and only played 4 games, but with Lawrence, he was never able to build the same connection as he had with Minshew. In those 4 games, he only had 7 receptions for 154 yards. Chark is only 26 and has shown signs that he can be a higher tier wide receiver 2 or 3. 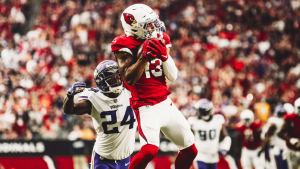 Kirk had a career year at the right time as he enters free agency this year. He had 932 yards with 77 receptions and ranked among the top 5 in the catches to target ratio. Kirk also set a career-high passer rating when targeted with 112.8. As a result of injuries to DHOP and AJ Green, Kirk was targeted more down the field this season and improved his route running. I expect there to be a hot market for Kirk this offseason due to his versatility to play both the slot and outside.

Juju was supposed to be the next great Steelers wide receiver once AB left, but it seems he has become an afterthought given the emergence of Dionate Johnson. After a huge 1426 yard year, Juju has failed to amass over 900 yards in a season since then. Juju is a sure handed slot receiver and ranks among the top in third down receptions. With a shoulder injury sidelining him for majority of last season, Juju will likely be on a 1 year prove it deal. 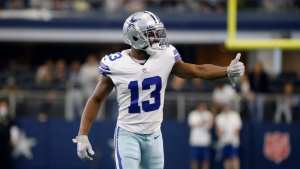 Gallup had an injury plagued season missing the first 9 weeks due to a calf strain then an injury in Week 17 with an ACL injury. When healthy, Gallup is a very underrated receiver and when he was a clear cut WR2, he had 1107 receiving yards with 7 touchdowns. Gallup was in the shadow of CeeDee Lamb and Amari Cooper but in every game he played, he had over 30 yards receiving.

Williams is a great deep threat receiver and had a career year this year with 1146 yards receiving and 9 touchdowns. He is a great jump ball receiver and can snag any 50-50 ball in his area. His size and speed give him a unique set of natural abilities which very few boast at the position. However, he has a very limited skillset. With Williams wanting WR1 money, I believe few teams will be willing to cough up big money for him, despite his talent. 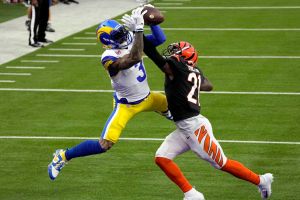 Odell Beckham revived himself in Los Angeles. He scored as many touchdowns in LA in half a season then he did throughout his career in Cleveland. Although Cooper Kupp was still the clear cut WR1 in the offense, that didn’t stop Odell from having some big games himself. He is still very dangerous after the catch (post ACL injury in Cleveland) and his route running is still among the best in the league. He could be used as a WR1 on a wide receiver needy team as he showcased he still has that skillset in LA.

Robinson was not utilized properly by Nagy at all last season. He never seemed to gain a rapor with Dalton or Fields either. Robinson is insanely talented and has put up insane numbers with extremely mediocre quarterback play. He needs to stop wasting his prime with terrible offenses and take his talents elsewhere. With 8 years being spent in both Jacksonville and Chicago, I expect Robinson to take his talents to a team that is ready to win now. 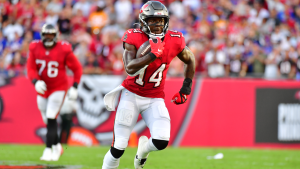 Godwin is in an interesting position this offseason. With Brady’s surprise retirement and the Bucs having a plethora of free agents to re-sign, Godwin may be looking to jump ship to a place that is in contention for a SB. With a cloud surrounding the Bucs QB situation, and with the two parties not being able to come to an agreement on an extension, Godwin will have a heavy market if he enters free agency. He is an elite route runner and is a sure handed receiver.

Is there really anything we need to say about this man. He is as elite as they get. Great route running, elite hands and underrated run after the catch. He continues to get better and better as this season he had a career high in receptions and yards. His future, however, is based upon Rodgers decision. If Rodgers stays in Green Bay, I believe Adams will stay as well. However if Rodgers leaves, Adams will look to become the highest paid receiver elsewhere and there are rumors surrounding a potential reunion with Derek Carr in Vegas.