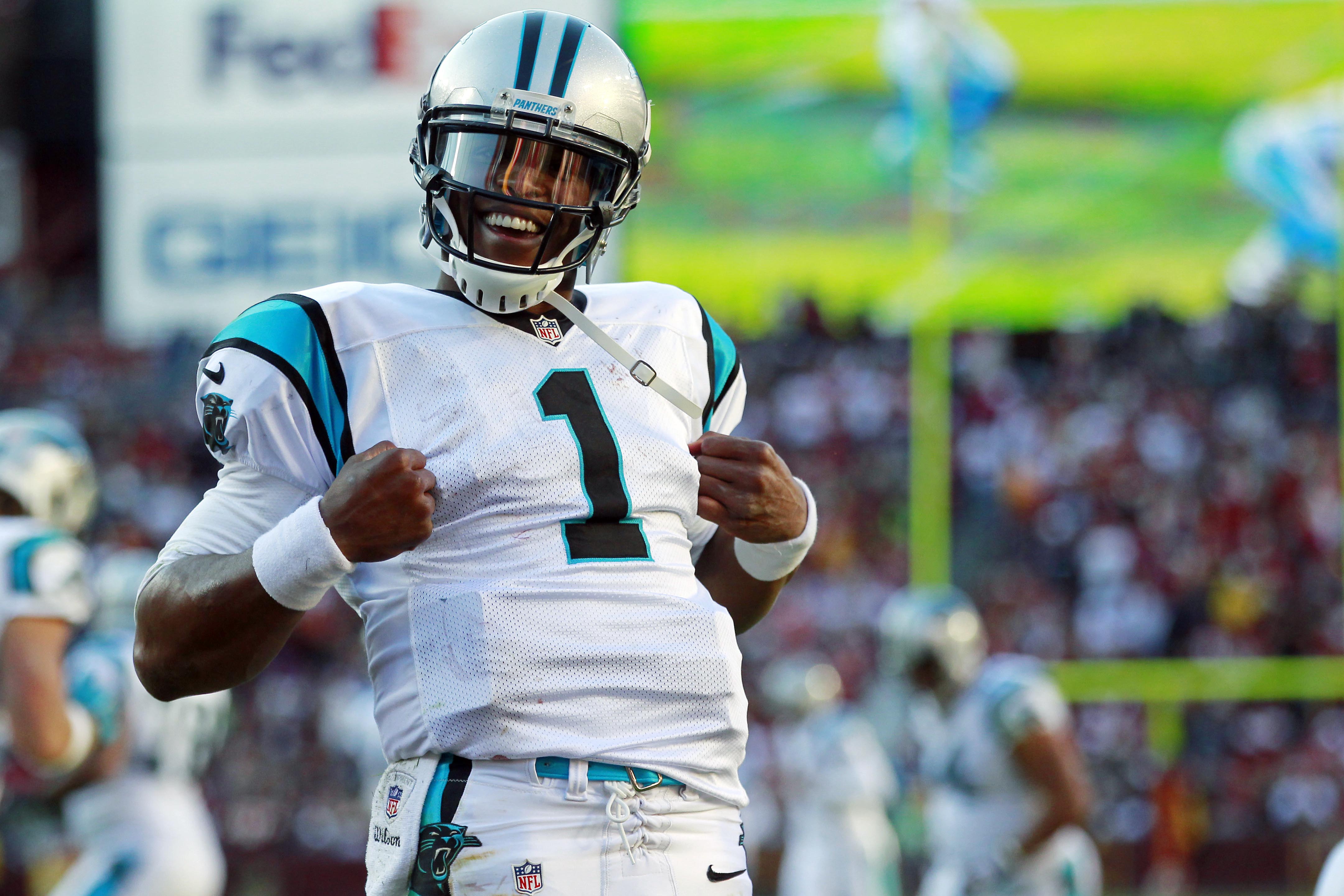 September 13, 2019, was indeed the last game Cam Newton played for the Carolina Panthers. Newton was sidelined with a left foot injury ever since then, and there was heavy speculation on whether or not he would play for the Panthers again. Once the season ended, that became apparent. Now, the 2015 NFL MVP is at home waiting on an opportunity to be the leader of a new team. The problem is that after this season’s draft stacked with great quarterback talent, there aren’t many opportunities to be had.

A lot of teams have good quarterback depth and there are a lot of young QBs either fighting for the starting job or sitting behind seasoned veterans. Young guns, such as Tua Tagovailoa and Joe Burrow, will almost positively start on their respective teams, as well as guys like Jalen Hurts, Jordan Love, Justin Herbert, and Marcus Mariota, who are all talented but probably won’t be seeing action early in the season barring any injuries.

It seems like head coaches are also cautious to reach out to Newton due to his play and injuries in recent years. Personally, I believe it to be unfair caution due to the Panthers presenting poor offensive line play every Sunday as we saw even after he went down and Kyle Allen was at the helm. Now, here is a list of top 5 places I could see Cam landing. 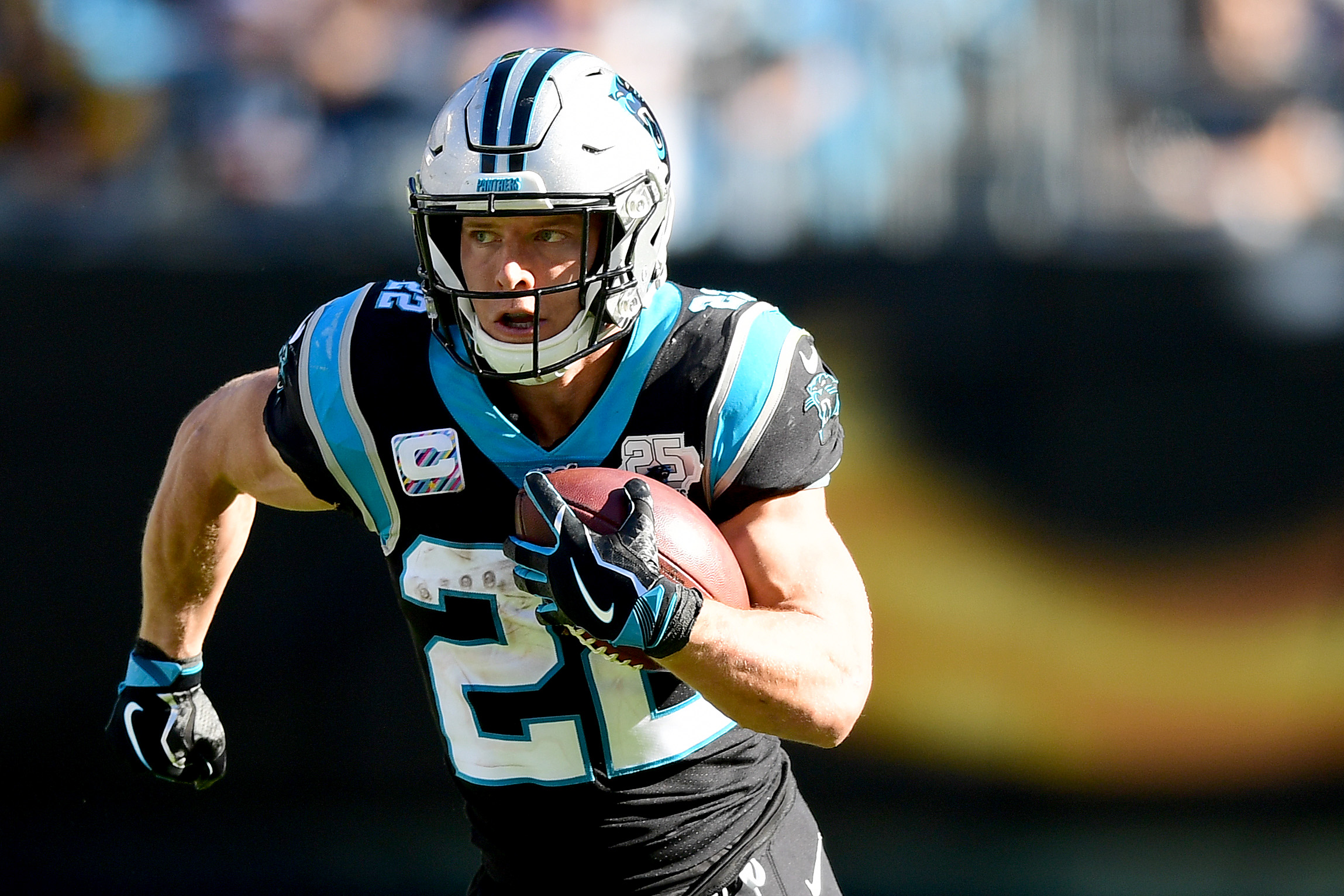 Okay, I know what you’re thinking. “Why the Panthers if he just left and they made it clear that both parties wanted to move on?”. I get it. But looking at who they have at quarterback isn’t what I would call promising. The Panthers are slated to start Teddy Bridgewater this season with the XFL’s Houston Renegades star PJ Walker and West Virginia product Will Grier fighting for the spot to back him up.

Not an ideal situation, as although Bridgewater was 5-0 last season as the Saints’ starter when Drew Brees went down, Teddy’s play was not fantastic. He put together some great games and was very accurate throwing the ball (with the help of Michael Thomas), completing 67% of his passes last season. There were some things that concerned me regarding how well he could handle throwing under pressure, which I imagine he will do much more this season with Carolina’s offensive line.

Alas, Bridgewater is a proven quarterback who has shown he can lead his team to victory. In the event he gets injured, Grier and Walker have not proven themselves yet, and I think Newton would be the first person the Panthers call if he is still available. 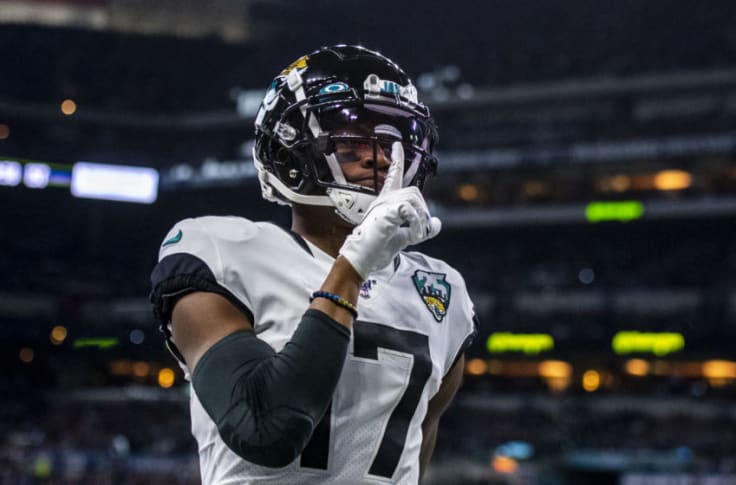 The Jags would not be an ideal spot for Newton to play, due to issues the front office has had with players in recent years, such as Jalen Ramsey and Leonard Fournette. However, when you need a job and the opportunity presents itself, I’m sure he would take it. Jacksonville and head coach Doug Marrone are content with Gardner Minshew II after he showed tons of potential last season when Nick Foles was lost for the season with a broken clavicle.

Minshew was a large part in making wide receiver DJ Chark their no-doubt WR1 as the duo showed great chemistry this past season. Now with the addition of one of last year’s top 5 WRs in yardage, Terry Godwin, Jacksonville’s offense could be dangerous with better play in the trenches. However, if Minshew was to come out this season in a sophomore slump and the team wanted to make a change at QB, there aren’t many options on the roster.

Minshew’s backups are Mike Glennon, who has been passed around the league quite a bit since underperforming for the Buccaneers early in his career, and Josh Dobbs, who has seen few regular-season snaps with mediocre arm talent but is good at reading defenses. If the Jags felt they needed a temporary change at QB or if Minshew falls to injury, I could see Newton suiting up in Jacksonville. 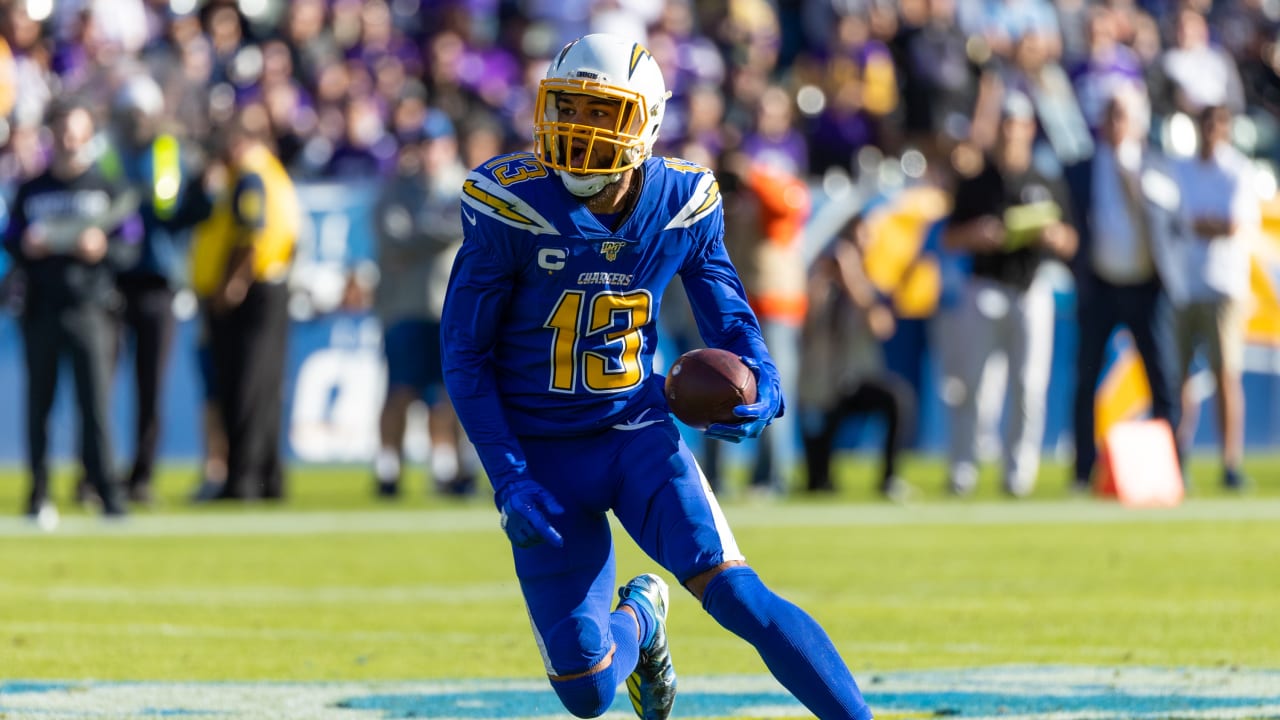 In the 2020 season, the Chargers have a lot of ‘what ifs’ at the quarterback position. Tyrod Taylor hasn’t seen much action in the regular season since his last season in Buffalo in 2017. He was then replaced by Baker Mayfield in Cleveland as the starter and backed up for Philip Rivers in LA last season. Tyrod played very well in his 3 seasons with the Bills, throwing 20 TDs to 6 INTs, 17 TDs to 6 INTs, and 14TDs to 4 INTs across those seasons while also making it happen on the ground, scoring at least 4 rushing touchdowns per season as well.

The Chargers are hoping to get the Buffalo Tyrod (known as Tygod by some) and not a quarterback that appears rusty and not ideal for the starting position. Most likely Justin Herbert will be backing up Tyrod Taylor this coming season. I feel uneasy when watching tape on Justin Herbert, giving me the feeling of another Josh Rosen. With his highlights and great play on the field at Oregon, there are also more lowlights and disappointing plays from him that you wouldn’t typically see from a QB drafted in the top 10.

Herbert would tend to make bad decisions on the field with errant throws in big situations that were either well of the mark and incomplete or intercepted, which was shown in their season opener vs Auburn last year. His TD-INT ratio and completion percentage don’t reflect that, but I’ve seen him make poor reads occasionally and if that continues, he could get burned. Herbert has a lot of potential, but if handled poorly, his career could be derailed quickly.

That being said, depending on what is shown from Taylor and Herbert, Cam Newton would be a nice fit and great personality that the Chargers are looking to add with the recent move to Los Angeles. They have good playmakers on the outside in Keenan Allen and Mike Williams. Also the athletic tight end Hunter Henry and a runningback that seemingly can do it all in Austin Ekeler. Newton’s ability to extend plays, throw on the run, and hang in the pocket would be a great change for Chargers fans, who have had the almost immobile Philip Rivers at the helm for the past 15 seasons. 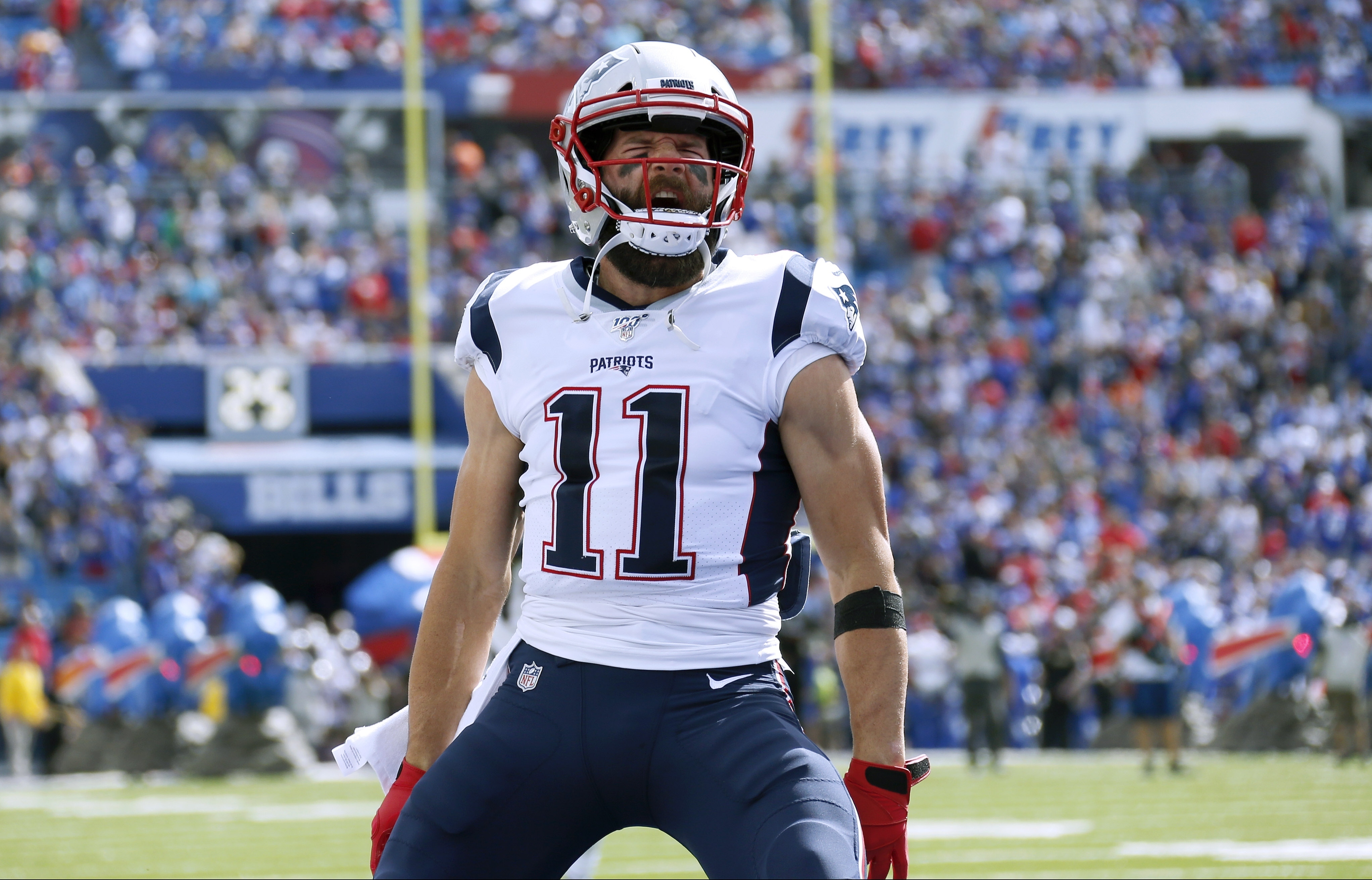 Bill Belichick seems to be committed to starting Jarrett Stidham as the new face of the franchise now that Tom Brady is out of town. Stidham sat behind Brady last season as a rookie, learning from the Patriots legend and 6-time Superbowl winner. He also has Brian Hoyer, a long time backup and small-time starter around the league, seasoning and mentoring him for this opportunity. However, Belichick is not only known for being a football mastermind, but he is also very unpredictable.

There have been rumors of talks between the Patriots front office and Cam Newton’s agent, but obviously nothing concrete. The Patriots are concerned about overpaying the 31-year old quarterback based on his recent salary of $19.1 million this past season. New England still has a championship-caliber roster with a big question mark at quarterback but they SEEM to be too stubborn to sign a proven veteran and former league MVP that has played in a Super Bowl. However, that is also what gives me more reason to believe there is high potential for Cam Newton to be wearing a Patriots uniform in the 2020 season. 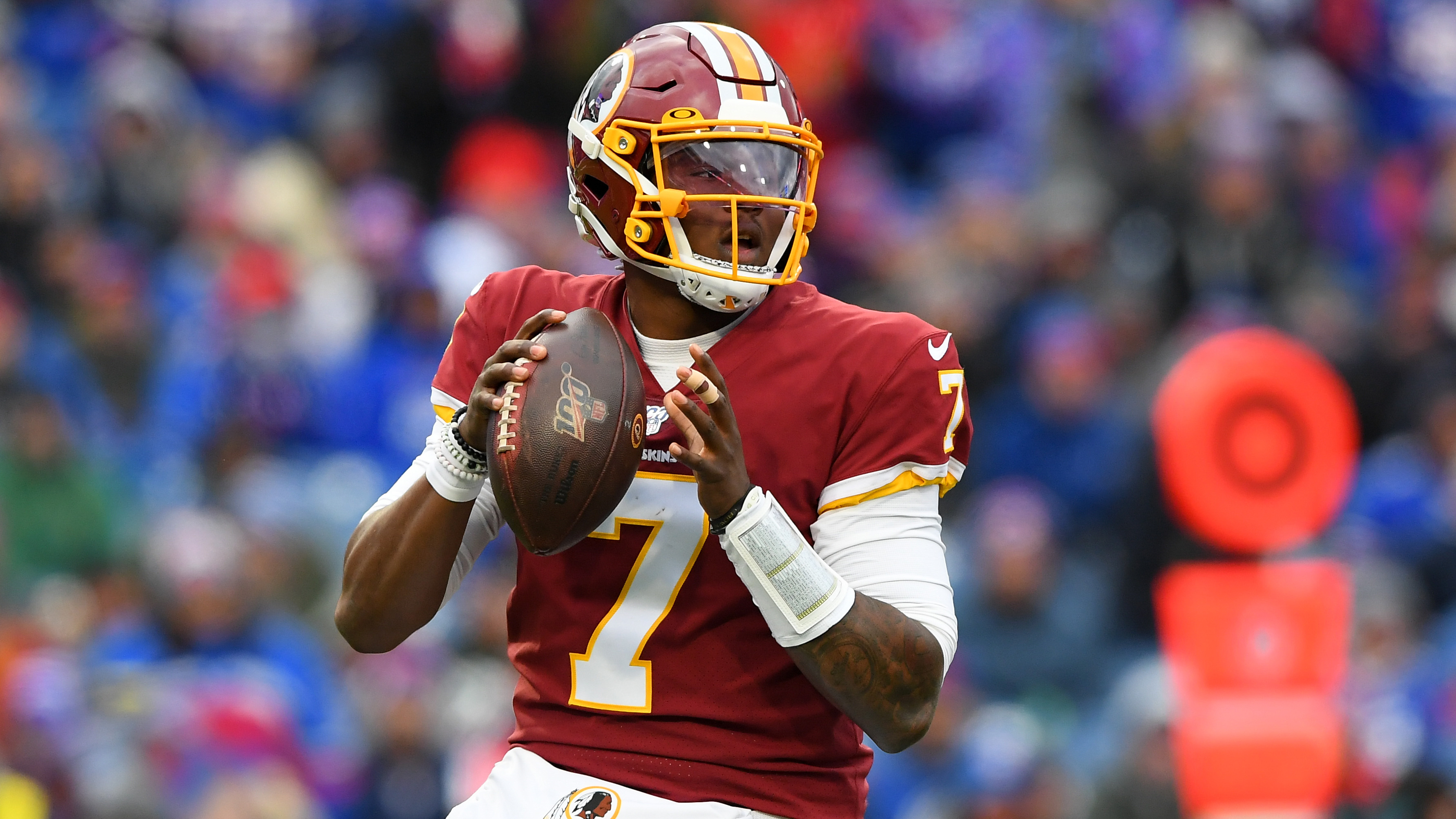 This is the most logical place for Newton to play this coming season if the Redskins are actually set on making Dwayne Haskins their franchise quarterback. Cam would be an incredible mentor for the young QB and has tons of experience to pass on. Also, he has something to prove on his own accord after so many teams not batting an eye in his direction this offseason. He wants to prove he is still a threat to opposing defenses and can play at an MVP level.

Haskins’ development would be boosted by sitting behind an actual proven veteran (Case Keenum was not the answer) and not having himself thrown into action just to fail with no help around him. It was clear last season Haskins was not ready to be a starter in the NFL just yet, as it took until his 3rd game of extended playing time to throw his first career touchdown pass. The Redskins also have no weapons surrounding him. Terry McLaurin was their best receiver with 919 yards and 7 TDs with Keenum and Haskins throwing to him.

Adrian Peterson is at the end of his career and Derrius Guice has been trying to find his game since the ACL tear 2 seasons ago. Newton also played in Superbowl 50 under Ron Rivera, who now coaches the Redskins. Rivera says that he has “no intentions” of bringing Cam Newton to lead his new football team but he also says he wouldn’t rule it out. Personally, I think it would be the best move for both the Redskins and Newton. A lot of things can be tought, learned, and proven through this move and has good potential to be a win-win situation for both parties.

Yet, Cam Newton still awaits a call during this free agency period. There is no doubt in my mind that Newton will have a team that needs his services this season, most likely on a short term deal but this will be his make or break season to determine if he is still a franchise quarterback in the NFL.