After an entertaining NFL offseason, I was super excited to see how the new players would perform on their new teams. Today, I will be going over my top 5 newcomer performances from Week 1. 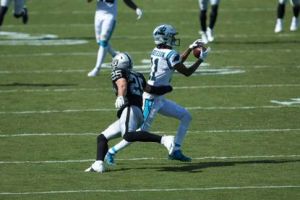 Robby Anderson flourished in his debut with the Carolina Panthers. He showed his big-play ability, averaging 19 yards per reception along with a big 75-yard touchdown. He then caught the two-point conversion after his touchdown to give the Panthers a 3-point lead midway through the 4th. His route running looked crisp and he could be a very valuable player for the Panthers, given his ability to change tides in a game, as we saw on Sunday. 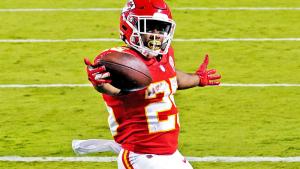 Many people questioned the Chief’s decision to draft CEH, but now we see why. He looked explosive on Thursday and was hard to bring down. Putting his shoulder down and running through players, CEH displayed his physicality. Also, he carried the ball 25 times for 138 yards and 1 touchdown. His 1 touchdown could’ve been three, if not for a stout Texans defense. Although CEH didn’t see much volume in the passing game, he is more than capable of receiving roles too. 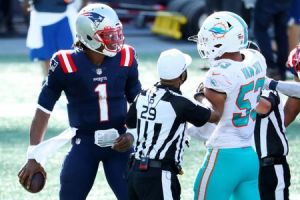 You know you did something right when opposing players are trying to snatch your chain after the game. Cam looked great in his debut both through the air and the ground, considering he hasn’t played football in a year and is in a different system. He was an efficient 15/19 for 155 yards in the passing game, adding in 75 yards and 2 touchdowns on the ground. This is a different look for a Belichick-run offense, but it was a promising start. They have a tougher task this Sunday against the Seahawks, so it will be interesting to see if Newton can improve upon his performance. 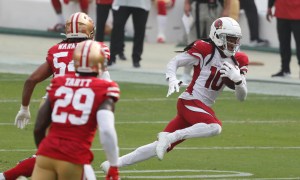 De’Andre Hopkins had the best debut this week. 14 receptions for 151 yards against the 49ers, who had one of the best defenses last season. Remember, he was traded for a sack of potatoes. On 3rd and 6 with the Cardinals down by 3, he caught a pass and took it 34 yards all the way down to the one-yard line in which the Cardinals then scored on the next play. Expect these sorts of dominant performances on a weekly basis, by one of the highest-paid receivers in football. 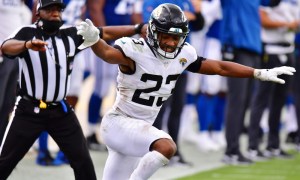 CJ Henderson was drafted to replace Jalen Ramsey and, in his debut, he did not disappoint. He was targeted 10 times, had 3 passes defended, one interception, and 5 tackles. Henderson had a breakup on TY Hilton on 4th and 5 with 48 seconds left to secure the win, along with an interception that gave the stagnant Jaguars offense momentum. He was the Pepsi rookie of the week and deservedly so.