Let’s set the scene. It’s the second half of the 2018 National Championship, and Alabama is down 13-0. The Crimson Tide offense is struggling against a stifling Georgia defense. Saban decides to sub in backup freshman quarterback Tua Tagovailoa. The rest is history.

Tua has been one of the more intriguing prospects in this draft due to the large discrepancy of opinions between analysts. Some absolutely love him, as we saw him compared to Aaron Rodgers, while others view him as “damaged goods”. Regardless, I believe Tua is going to be a great quarterback at the next level and he will surprise a lot of people.

The first thing many people will point out about Tua is his accuracy. Tua’s accuracy ranks second in throws 10+ yards down the field and throws within 1-5 yards from the line of scrimmage. His career touchdown to interception ratio is 8:1.

I think one of Tua's best attributes is his ability to see/confirm leverage from his receiver and put the ball right where he wants it.

"See it, throw it" pic.twitter.com/V8CzZaGy9p

Tua notices that his receiver Jerry Jeudy (top of screen closest to LOS) has a step on his defender once Jeudy starts running his routes. He waits for Jeudy to run the out route and then throws the ball only where Jeudy can get it, a perfect throw right by the sideline. He is great at understanding defensive coverages and how certain matchups are leveraged.

Off the play-action, Tua rolls right before stopping, and with a defender coming right for him, he stands strong in the pocket and delivers a dart to Henry Ruggs in the back of the endzone. This video just showcases Tua’s tremendous accuracy and his ability to throw a great deep ball.

Tua fakes the play-action left and rolls right. He has Devonta Smith running a shallow crossing right, Major Tennison running a crossing route, and Henry Ruggs running an out route. He rolls right and goes through his progressions. He eyes Tennison, who has a step on his defender, but recognizes that the linebacker sitting in the middle of the field could potentially make a play on the ball. While he eyes Tennison, the corner guarding Smith takes his eyes off his man and focuses on the quarterback, allowing Smith to get behind him. Smith then has a couple steps on the defender and Tua throws the touchdown to him.

On that play, Tua fooled the defender with his eyes but also didn’t force the throw to Tennison, letting the play develop and scoring a touchdown in the end.

Tua is great at using his eyes to fool defenders. With the receiving speed he had at Alabama, it was key to keep safeties out of the one-on-one throws to avoid a double team. This also revolves around going through his progressions; by scanning the field, it keeps the defense guessing and they have to pick their poison, which opens up more deep 1v1 opportunities down the field. When you have weapons like Jerry Jeudy, Devonta Smith, Jaylen Waddle, and Henry Ruggs at Alabama, you are going to win those battles a majority of the time.

Tua thrives as a pocket passer. In the example shown above, Jeudy (bottom of the screen) is running an in route while Waddle is running a deep corner. The Citadel brings an all-out blitz and in the face of pressure, and he stands strong in the pocket, delivering a lifted ball to the corner of the endzone where only Waddle can get it. This throw had to be perfect here, as a fastball would’ve sent Waddle out of bounds and a ball with more air under it could’ve been picked off.

Tua’s an elite passer from the pocket. This play, as described by Saban, showcases his calmness, ability to move through progressions, pocket presence, and deep-ball accuracy. He makes three reads on this play before making the throw to Jerry Jeudy. His eye discipline is excellent and it shows on this play as the safety (bottom of the screen) is fooled by Tua’s eye movement toward the boundary while the quarterback progresses to his next two reads. He sees the middle safety is out of position and throws a touchdown to Jeudy.

The biggest concern with Tua currently is his durability. Tua had a procedure in 2018 on his left ankle, a procedure in 2019 on his right ankle, and then just recently had hip surgery. With 3 big injuries before he has even stepped foot on an NFL field, how long will Tua last in the NFL, and how will these injuries affect his game? This is a big reason teams may pass on Tua in the draft.

His footwork does need improvement, as he will sometimes fail to get on top of the ball against power rushes, resulting in a high throw. He sometimes fails to take the easy throw and would rather unnecessarily force the ball into tight spaces. Tua can also work on improving his anticipation throws and timing, as this will result in him trying to make an impossible throw in tight spaces because he did not read the route sooner, putting the receiver at mercy of a big hit.

He also locks into his first read receiver way too often and will force the throw into him rather than going through his progressions. His lack of elite arm strength forces receivers to break stride, resulting in a missed touchdown or a breakup by the defender.

Tua has been compared to the likes of Drew Brees and Aaron Rodgers. Saban said this to Sports Illustrated:

“I think he’s a lot like Drew Brees. I always thought Aaron Rodgers was a lot like that as a player too,” Saban said, via Albert Breer of Sports Illustrated. “Not overly big, accurate with the ball, really good judgment, decision-making. Those guys are the style of player.

However, I believe Tua is comparable to the likes of Marcus Mariota. Both players are first-read quarterbacks who are mobile and can extend the plays if needed. They have great deep ball accuracy but need a system to be successful. 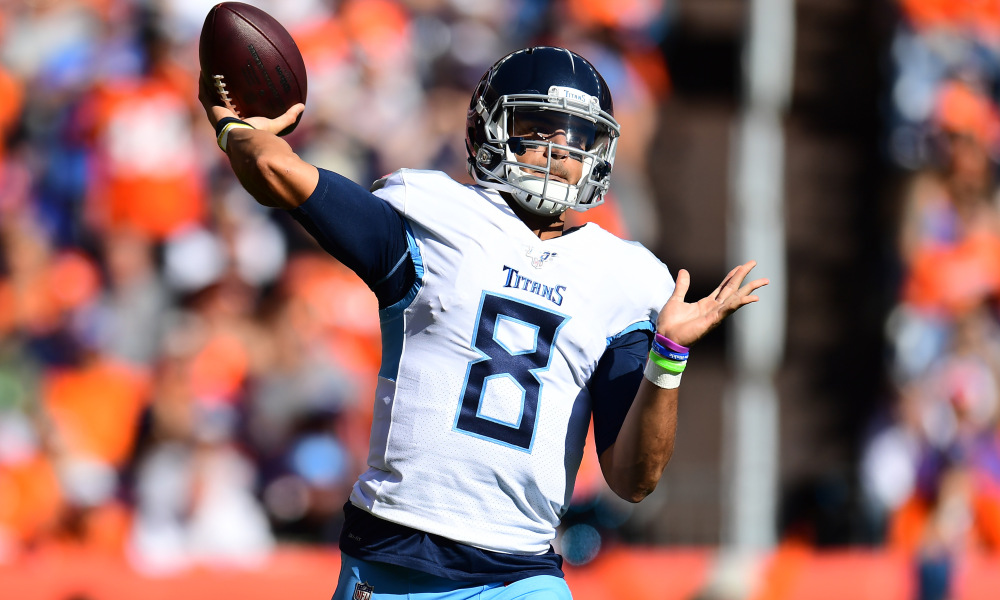 Even though he has been medically cleared from his hip injury, teams have supposedly penciled Tua off their draft board due to medical concerns. However, he is still one of the better quarterbacks in the draft and I believe the dropoff from Burrow and Tua to Herbert and Love is pretty significant. I still believe he will be a top 5-10 pick and will end up in Miami or with the Los Angeles Chargers. I would prefer LA as they have more weapons and have a better offensive line.

The dream landing spot for Tua would be in Tampa as he would have 2 years to fully heal from his injuries and also learn from one of the greatest quarterbacks of all time, Tom Brady. With elite weapons in Mike Evans and Chris Godwin as well as the tutelage of Brady and Bruce Arians, Tagovailoa would be a terror in the NFL for years to come.

Could Shaq Lawson Breakout For the Buffalo Bills?