Underrated Recruits at Every Position 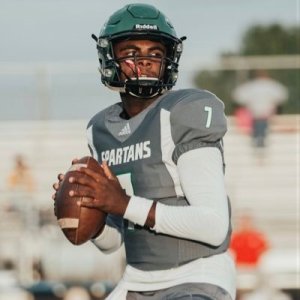 While recruiting services are generally accurate and hit on the 4 and 5 stars, there are always a few underrated guys that outperform their ranking. This year especially, there are many college football recruits that have flown under the radar due to COVID limiting their exposure and in some cases canceling their sophomore seasons. After watching many players at each position, I have come away with what I believe to be some of the most underrated recruits in the country.

Braylen Ragland is a consensus 3 star that I personally have rated as a high 4 star and as the number 9 QB in the class. My favorite thing about Braylen is the way he keeps his eyes downfield. He has the athleticism to just take off and run, but he keeps his eyes downfield and looks for a receiver. He has good arm strength and can make high-level throws. As I mentioned before, he can run fairly well, he just doesn’t rely on it to make plays, which is a good thing to see. I’d like to see him improve his work in the pocket as he bails out too early at times. He has a tendency to play hero ball, similar to Zach Wilson, but that’s part of what makes him as good as he is.

Collins is fresh off a season where he broke school records and led his team to an appearance in the 5a-D1 state championship. Collins has the ability to hit the hole quickly and with his burst and acceleration hit his top speed very quickly. He also has great balance. He routinely runs through arm tackles and forces a lot of missed tackles. I didn’t see him make too many complex reads as the system set up open running lanes, but he saw them and hit them quickly so I don’t envision it being an issue.

His size may scare some away, but Lockhart is the real deal. He is incredibly electric with the ball in his hands and has real track speed. CJ is a threat to score anytime he touches the ball and offers the ability to be a return man too. He has strong hands that allow him to play bigger than his size might suggest. If teams can look past his size I could see Lockhart as a playmaker for a Power 5 school.

Arena is a highly underrated player from the Northeast that has the potential to be a Power 5 starter. He plays LT but provides the versatility to play inside. He has advanced footwork in pass protection for such a young player and uses his hands well. Arena finishes blocks in the run game and his feet are constantly moving. His offer list will soon expand as teams begin to see his combination of size and technique.

Buckey is a really good power-rushing DE that has the ability to kick inside due to his size and strength. He’s very fundamentally sound, uses his hands and leverage incredibly well, and consistently wins by being stronger and more technical than the man across from him. His bend around the edge is something I’d like to see improved, but he’s shown flashes of solid bend so I expect that part of his game to come around. I project Buckey as a starting base 4-3 end for a Power 5 school, but he has the ability to play as a 3-4 DE as well. Kicking inside to a 3 tech on passing downs is a possibility as well. His combination of size and strength along with his hand use and technique provide him with the ability to win outside against more athletic tackles and inside against more powerful guards.

Jalen Smith has quickly become one of my favorite prospects in this recruiting class. He plays FAST. He can diagnose the play and get to where he needs to be in a hurry. My only knock on him would be that he plays in a spy role pretty much the whole time so we don’t get to see his coverage skills. His athleticism leads me to believe he can cover fairly well, but I want to see it happen. I could see Smith playing as a box safety in college depending on the scheme he plays in

Ajiero is a very fast player, both physically and mentally. He’s able to quickly diagnose plays and react, and when he reacts he’s flying to the ball. He’s not afraid of contact at all and will mix it up with anyone. In coverage, he’s smart with his leverage and doesn’t give up a lot of space. The times he did he was able to use his speed to make up for it and make a play. He’s got fluid hips which is one thing I always look for in defensive backs. A couple of improvements he could make are in his tackling form and physicality during the route. He does make some really good tackles, and diving at knees is certainly one way to get the job done, but putting his head down not only could lead to injury but also leaves him susceptible to missed tackles. He’s a physical player, but I’d like to him use his hands more in coverage. Both things are easily improvable and shouldn’t be long-term concerns.