What to Expect from the New Orleans Saints

The New Orleans Saints are heading into week 9 without their starting QB in Jameis Winston. In the huge 36-27 win over the Tampa Bay Buccaneers, Jameis tore his ACL and damaged his MCL when Devin White got him on a horsecollar tackle early on in the second quarter. Trevor Siemian held it down under center in a pinch and the defense held off Tom Brady and company long enough to secure the win. The Saints are 5-2 heading into the second half of the season and are still gunning for the playoffs with or without Winston. Let’s break down this team and see where they can go from here. 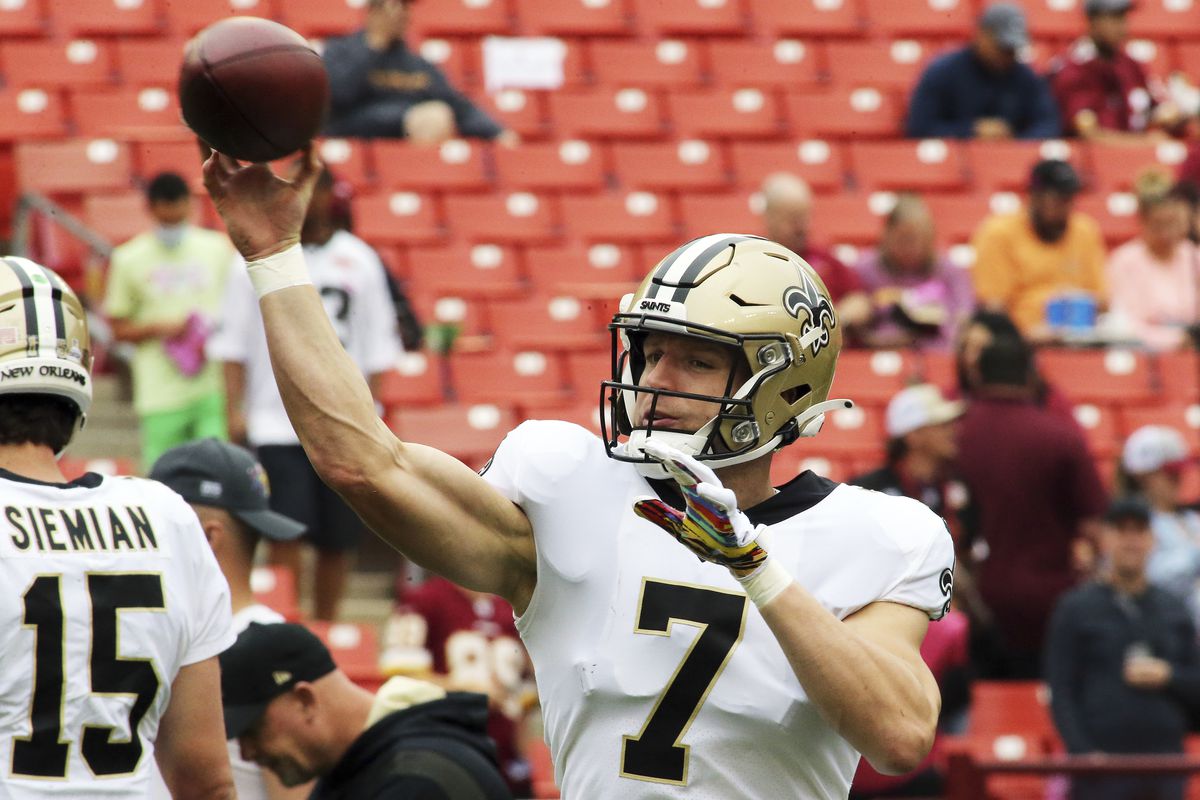 With the trade deadline behind us, the Saints need to stick with the three in-house options they have, Trevor Siemian, Taysom Hill, and the rookie Ian Book. Trevor Siemian had a nice showing against the Buccaneers and carried out Sean Payton’s aggressive game plan well enough to get the win against a tough defense. Taysom Hill was up against Jameis in the pre-season to win the starting job and despite losing the battle, he is the most familiar option for Payton. Ian Book is the final option under center for the Saints. The rookie from Notre Dame had some nice throws in pre-season but will likely need to continue developing. Siemian and Hill are the two best options for New Orleans. There is a case to be made for either of them. Siemian started two seasons for the Broncos in 2016 and 2017 and made a great case for himself against the Bucs. Siemian is an effective pocket passer who can get the ball to most spots on the field which would allow Payton to keep the offense open as it would be with Jameis. Taysom Hill is Sean Payton’s protege and has been since he arrived in New Orleans. He brings a dual-threat style of play to the position but really struggles with throwing the deep ball. My assumption is that Taysom will get the nod but we shall see. 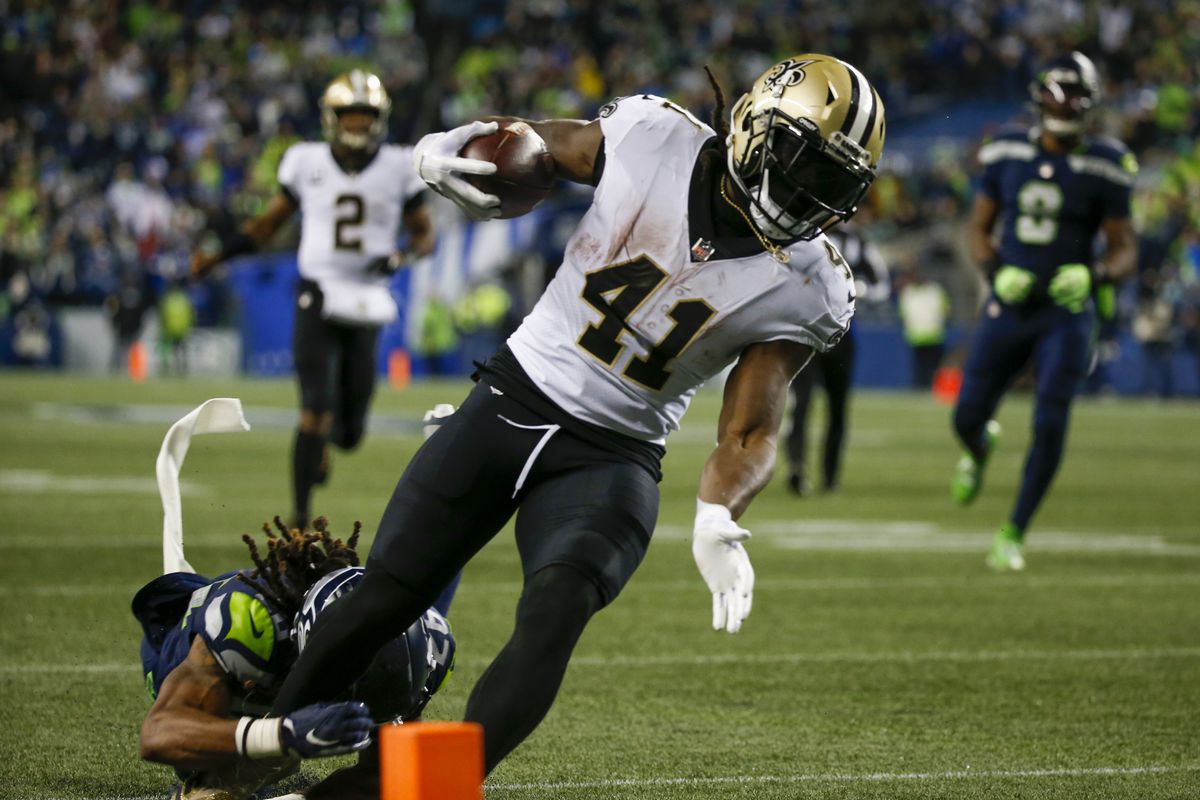 The Rest of the Offense

The running back duo in the Big Easy is luckily a good one. Alvin Kamara is one of the most dynamic playmakers in the league and has been having a great season thus far. He is rushing the ball very well and has been making plays in the receiving game as he usually does. The other half of this duo is the recently acquired veteran Mark Ingram. The former Heisman winner has only played in one game for the Saints this season and boy was he effective. He ran the ball between the tackles really well and also made a few key receptions. Boom and Zoom are back in New Orleans and they seem to be just as effective as they used to be. The wide receiver situation is a bit murkier. Tre’Quan Smith was much better against the Bucs than he was against the Seahawks and will look to keep the upward trend going as he comes back from a hamstring injury that had him on IR for the first six weeks. Unfortunately, Smith still doesn’t have what it takes to man the WR1 position. Deonte Harris has been an explosive player for the Saints and provides a deep option and a speedy presence in space. Former Tennessee Volunteer Marquez Callaway is a great zone beater who has proven to show up in big moments for the black and gold. At the bottom of the pack is Kenny Stills who hasn’t played much but has put a few good routes and catches on tape. The key to this all is Michael Thomas. When he comes back from the lingering ankle injury sustained back in week one of last season, he will open up opportunities for everyone. He is a proven star in the NFL who is one of the best at creating separation, route running, and making tough catches. His success will open up more opportunities for Tre’Quan Smith to make plays against lesser corners. Deonte Harris, Marquez Callaway, and Kenny Stills will be facing third or fourth-string corners every week rather than the first-string corners they have seen through the first half of the season. As for the tight end position, Adam Trautman has been the stellar blocker we all knew he would be but his pass-catching has definitely left something to be desired. He is raw and bursting with potential but has been struggling with ball security and creating separation. All Saints fans can hope for is that he will put it all together in the latter part of this season. The offensive line is elite as per usual. Pass protection has been stout and they just might be the best group of run blockers in the league. Whoever is under center should be given ample time in the pocket while Ingram and Kamara should have massive running lanes opened for them. 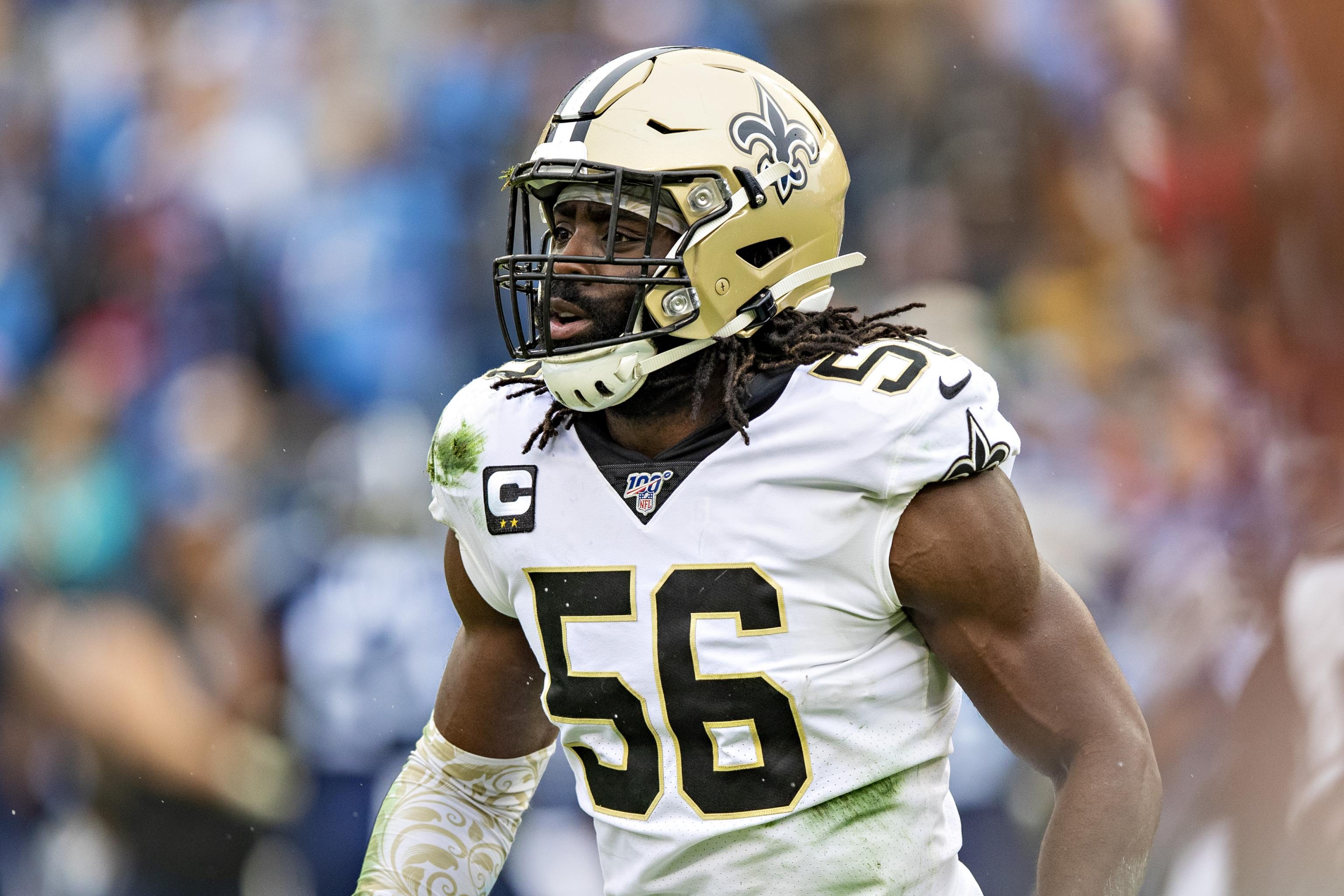 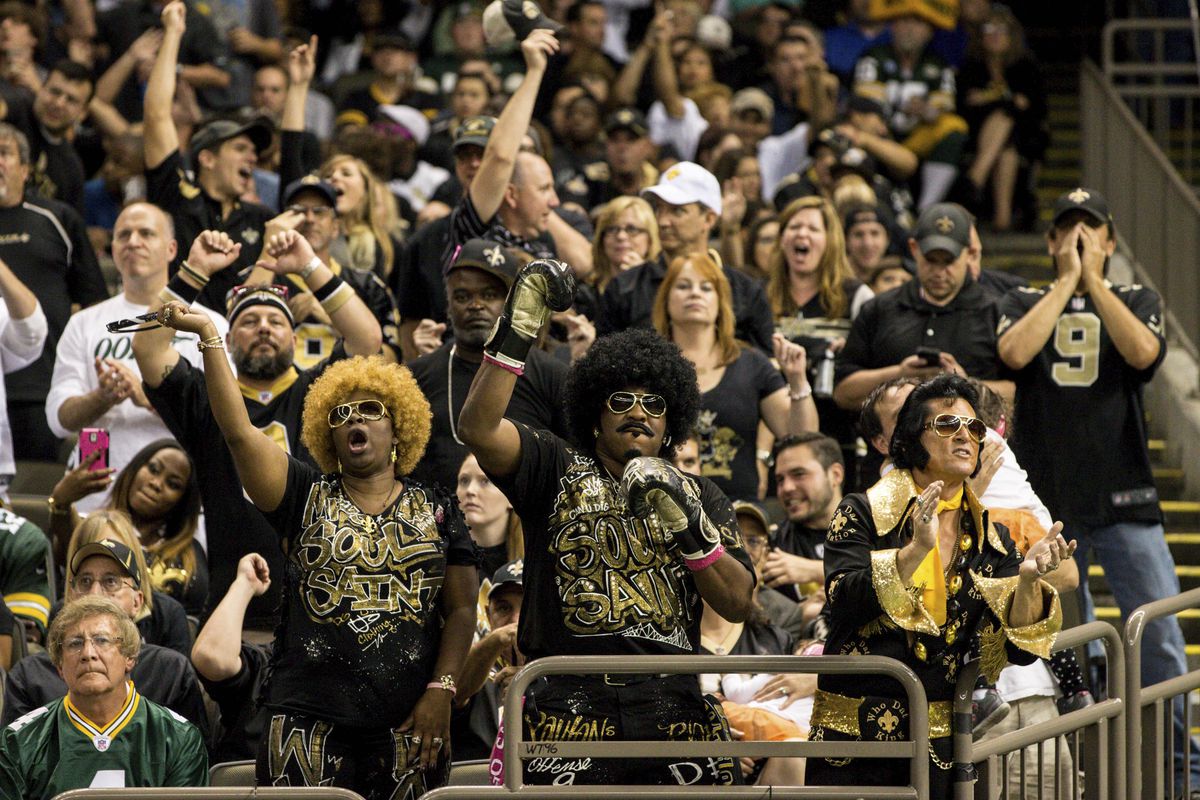 There are few stadiums in the NFL where home-field advantage can be the difference between winning and losing but the Caesars Superdome is one of those crazy atmospheres. The Who Dat Nation brought the thunder against the Bucs in the second true home game the Saints have played this year and they could be a real driving force for this team in tough games. It is a party in the Dome every time and these fans love their team more than life. 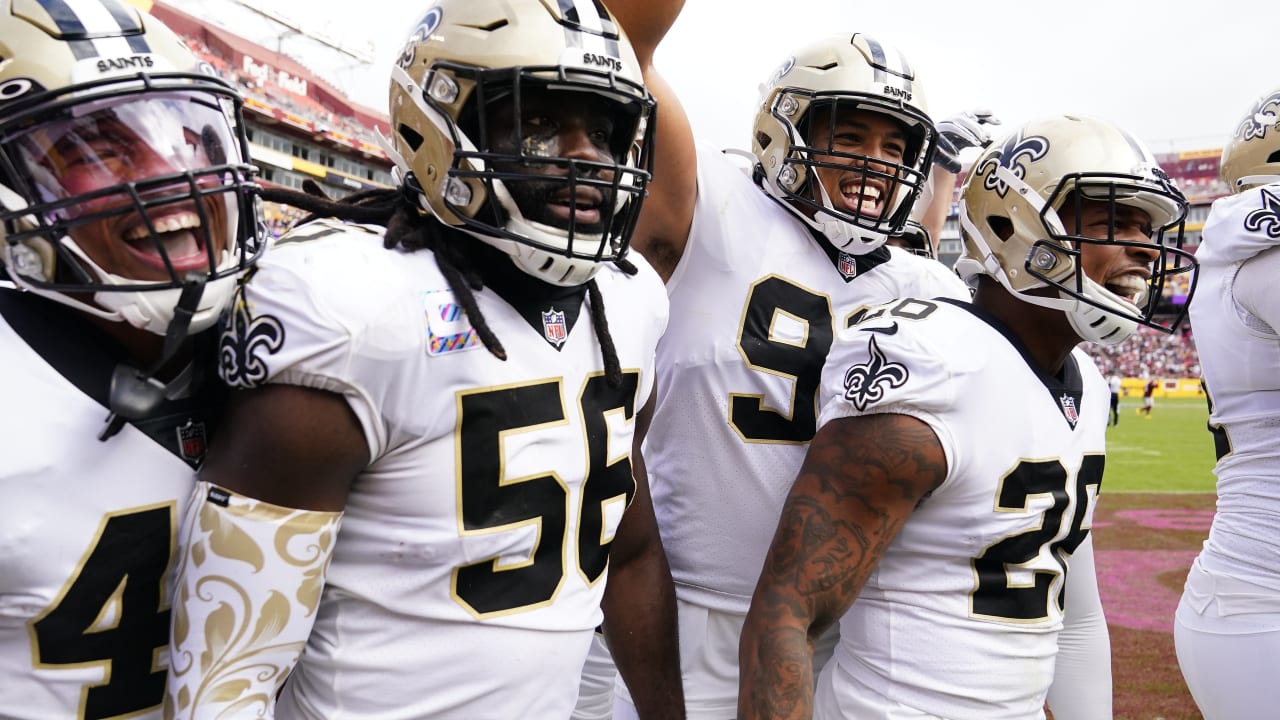 This is a gritty Saints team that won’t go down without a fight. They have some incredible coaches, veterans, and leaders in that building who will lead the way for the black and gold the rest of the season. I see this team squeaking into the playoffs simply because I think this defense is playing too well and Sean Payton is too good of a coach for them not to. Where they go beyond the regular season is what is in question. The offense will come together and the defense is stellar but the quarterback situation is very much up in the air. This is absolutely a team that could have a season similar to the Eagles in 2018 when Carson Wentz tore his ACL and Nick Foles led his team to a Super Bowl victory. There is enough offensive firepower to take them far with the likes of Alvin Kamara and Michael Thomas, especially with an offensive line this talented. The Saints are rocking with one of the best fan bases in the NFL that can sway certain plays, drives, and even games in their team’s favor.  The defense is sure to bring the heat against any offense but the success of the team will lie on the shoulders of Taysom Hill or Trevor Siemian. If one of those two can effectively move the ball down the field and score a few touchdowns a game, then this is a playoff team and a scary one at that.