Why James Harden will bring a championship to Philly

After acquiring James Harden from the Brooklyn Nets at last year’s trade deadline, the 76ers had high hopes of winning the NBA championship. In Harden’s first 5 games with Philly, he averaged 24.6 PPG, 12.4 assists, and 7.6 rebounds. Harden was playing phenomenal, and the duo of him and Embiid was looking like the best in the Eastern Conference.

Despite Harden’s hot start, he would cool down. His shooting efficiency would drop drastically, but thankfully Joel Embiid stepped up. The 76ers would end the season with a 51-31 record and were the 4th seed, going up against the Toronto Raptors in the first round of the playoffs. In the first round against Toronto, Harden averaged 19 PPG, 10.1 assists, and 5 rebounds. Harden put up good stats in the first round, but his efficiency was not good.

Next up, the Miami Heat. The 76ers had a tough matchup in round 2, especially with Joel Embiid being out for the first 2 games. In round 2, Harden averaged, 18.1 PPG, 7 assists, and 6.3 rebounds. 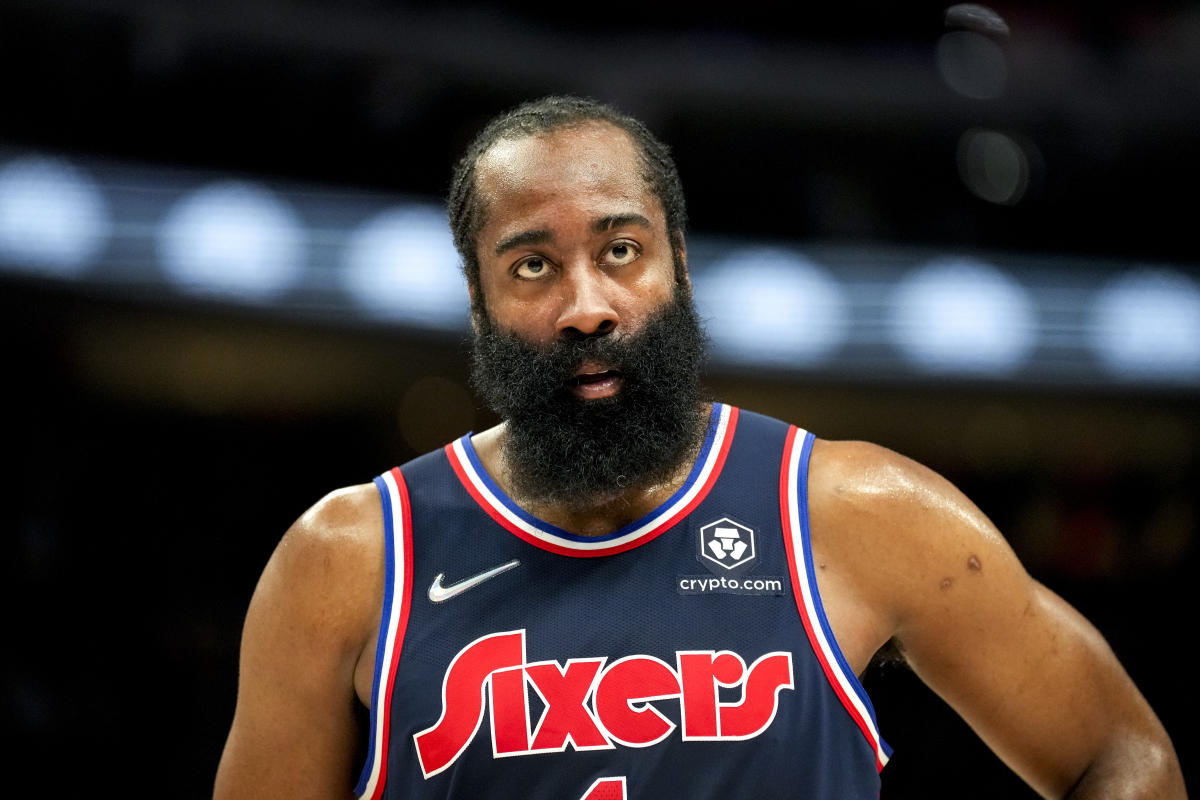 Going into the off-season, it was obvious this team needed depth off of the bench. Throughout the playoffs as well as the regular season, when the 76ers’ bench was on the floor they would lose their lead.

Harden made a very interesting comment at the end of game 6, saying he would do anything to help this team win. James Harden did just that. Per Adrian Wojnarowski, “Free agent James Harden has agreed on a two-year, $68.6M deal, including a player option, to return to the 76ers, sources tell ESPN.” He took a $15 million pay cut to help the 76ers acquire players in free agency.

The first move of their off-season would be acquiring PG De’Anthony Melton from the Memphis Grizzlies. This season Melton averaged 10.8 PPG, 4.5 rebounds, and 2.7 assists. Melton was a key player off of the Grizzlies bench and was the exact piece the 76ers were looking for. Melton improves the bench in a big way.

Despite his size, Melton is a good perimeter defender, shoots threes well and definitely can work his way and score in the paint.

The first signing off their off-season was PF PJ Tucker to a 3-year contract worth $33 million. Tucker averaged 7.6 points on .484 shooting, 5.5 rebounds, 2.1 assists, and 0.8 steals. PJ Tucker single-handedly outhustled the 76ers in the 2nd round of the playoffs and was draining threes from the corner all playoffs. The 76ers general manager Daryl Morey wanted to surround Harden with guys he’s previously played with. Harden and Tucker were teammates back with the Houston Rockets.

Tucker is also a great player defensively. No matter the matchup, Tucker holds his own and never gives up on a play. The fact that Philly got a player who can shoot great from 3, and play great defense was a steal.

The 76ers second signing in free agency would be SF Danuel House Jr. House played this season with the Utah Jazz, where he appeared in 42 games, averaging 5.9 points, 2.6 rebounds, and 1 assist.

House can also shoot the 3 ball well, which is something the 76ers bench lacked last season. House has good size, is a solid defender, and can hit threes when needed off of the bench.

Harden declining the $47.4M player option for the 2022-2023 season allowed the Sixers to use the full mid-level exception on free agent PJ Tucker and the bi-annual exception to sign Danuel House.

The 76ers had a great off-season. They added key players to their bench unit and improved their starting 5 for next season. James Harden has been in the gym working with coaches, changing his diet and getting back into shape. With a healthy Embiid, and an improved James Harden, as well as better pieces surrounding them, the 76ers are back as championship contenders.